Acer has announced its new designs without waiting for the 2017 exhibition Computex, held in Taiwan from 30 may to 3 June 2017. Among the novelties that will be shown at the event to the General public, is the laptop for geymerov Nitro 5 in Intel or AMD CPU, compact computer transformer Spin 1, the Iconia Tab 10 tablet running on Android with the screen on the quantum dots and the tablet Iconia One 10 with enhanced functionality.

11.6-inch tablet computer transformer Spin 1 is equipped with a Full HD display with rotatable display part 360 degrees with Intel Pentium or Celeron processors, depending on configuration, 4 GB of RAM and up to 128 GB of internal memory eMMC. The kit provides for the delivery of digital pen Acer Active Stylus. Acer Spin 1 10 works under Windows and supports Windows Ink.

About tablet Acer IconiaTab 10 with the screen on the quantum dots, which were previously used mainly in televisions, information not so much. It is known that the new 10-inch colorful screen got MediaTek processor, audio system with certification, DTS-HD, four speakers and a subwoofer that will fit in a 9mm chassis. As the OP, likely to be Android 7.0 Nougat.

IconiaOne tablet 10 runs on Android 7.0 Nougat, has an ordinary IPS panel Full HD resolution and two micro USB input that supports the USB OTG standard allows the user to connect to a tablet are two different devices even while charging.

Acer silent on the release date and cost of the tablets, and laptops provides the following: Acer Nitro 5 from $799 and Acer Spin 1 from $329 will be available from July this year. 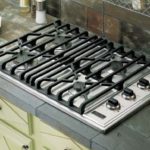 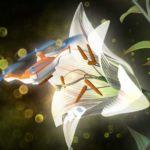