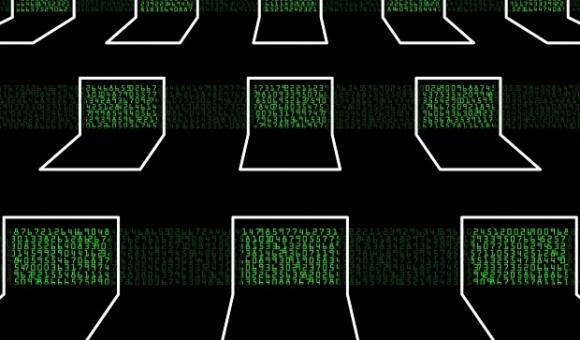 Modern browsers have reached such a performance that easily allow you to run games, interactive web apps, graphic editors, and even emulators of old operating systems and computers. In this article we will tell you about five of the most interesting emulators that will make you nostalgic. 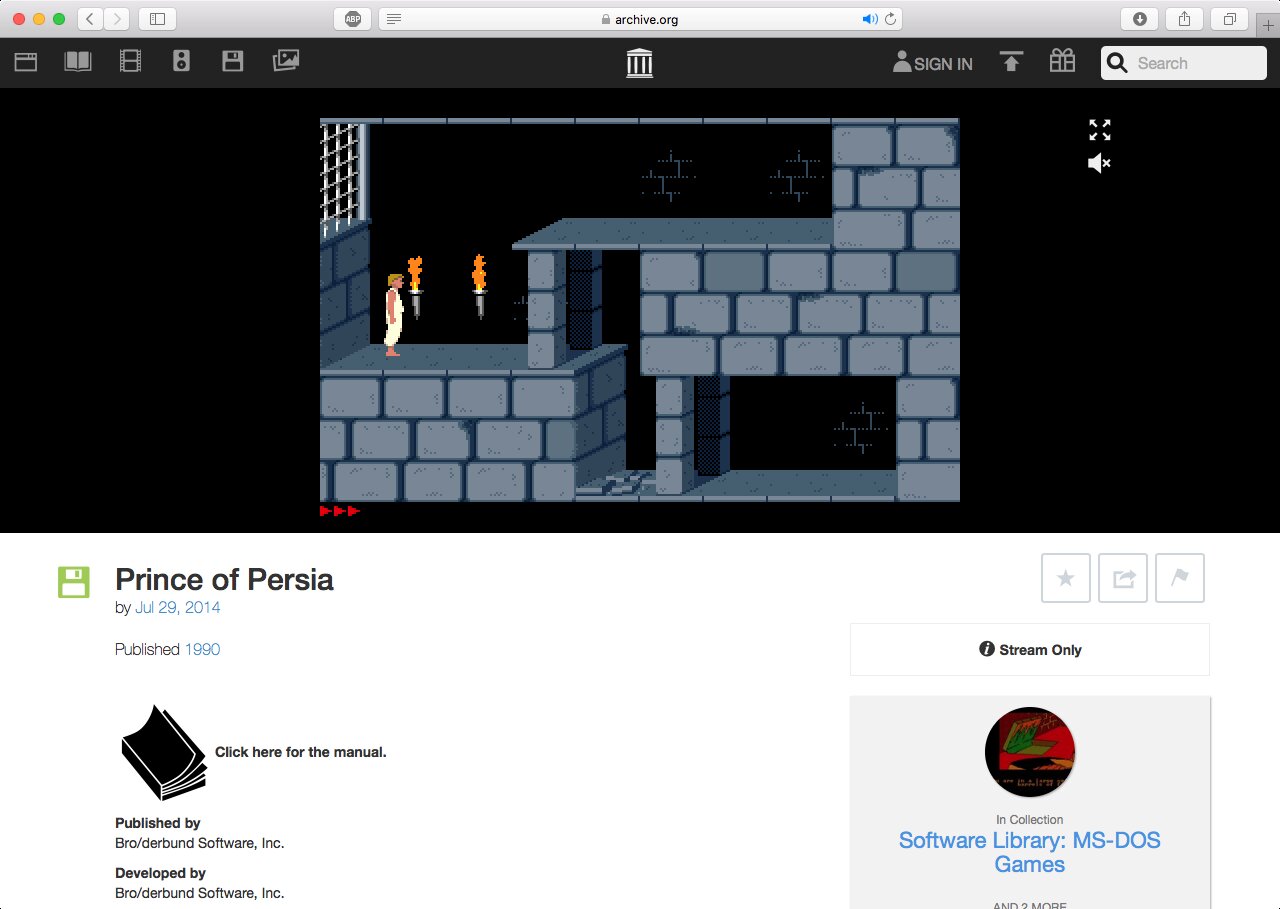 MESS (Multi Emulator Super System) is one of the oldest emulators game consoles, home computers and engineering calculators. This emulator differs from analogues that supports a single processor or architecture, and more than 250 different systems.

JSMESS is a port MESS to JavaScript, which was developed by Jason Scott to order the Internet Archive. This emulator is available on the website rchive.org together with an impressive catalog of games and software for various old platforms. Interestingly, for emulation PC as a layer then used DOSBox. Performance is affected only slightly, You can even now drive to Prince of Persia, and it will work no worse than in your time. 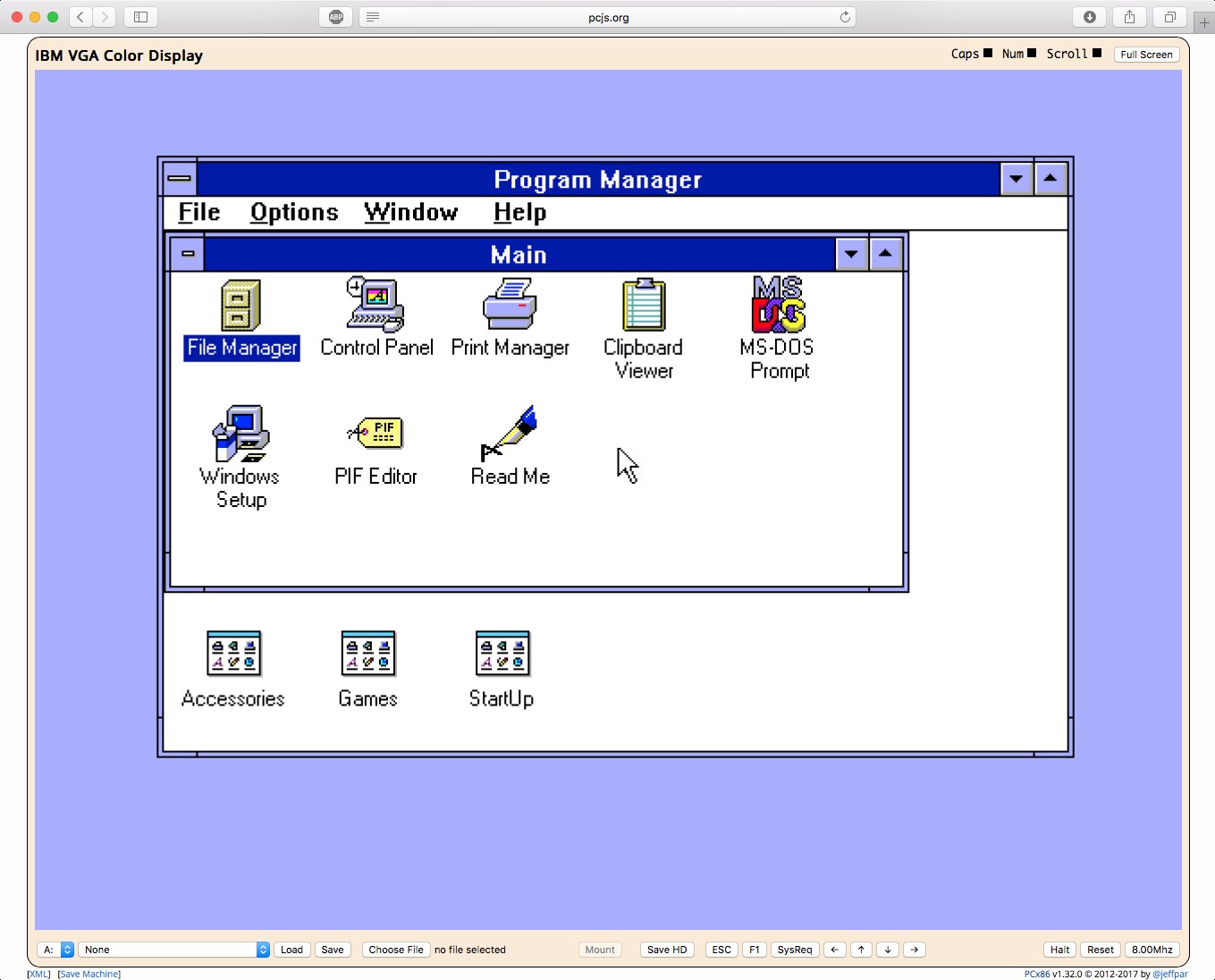 PCjs is a collection of emulators of old processors, among them Intel x86, 8080, PDP-11, and one implementation of the MOS 6502. On the main page pcjs.org you can find an interesting selection of ready-made shapes and images, including the “new path” with MS-DOS, OS/2, PC-DOS, and even Windows. Windows 95 we have to load for some reason did not work, but the operating system is Windows 3.11 slow, but start. Running one of the cars, don’t forget to look at the list of available disk images — there You can find a collection of rare software and operating systems (e.g., Minix and SCO Xenix). As an option — You can load your disk image or floppy disk in IMG format. 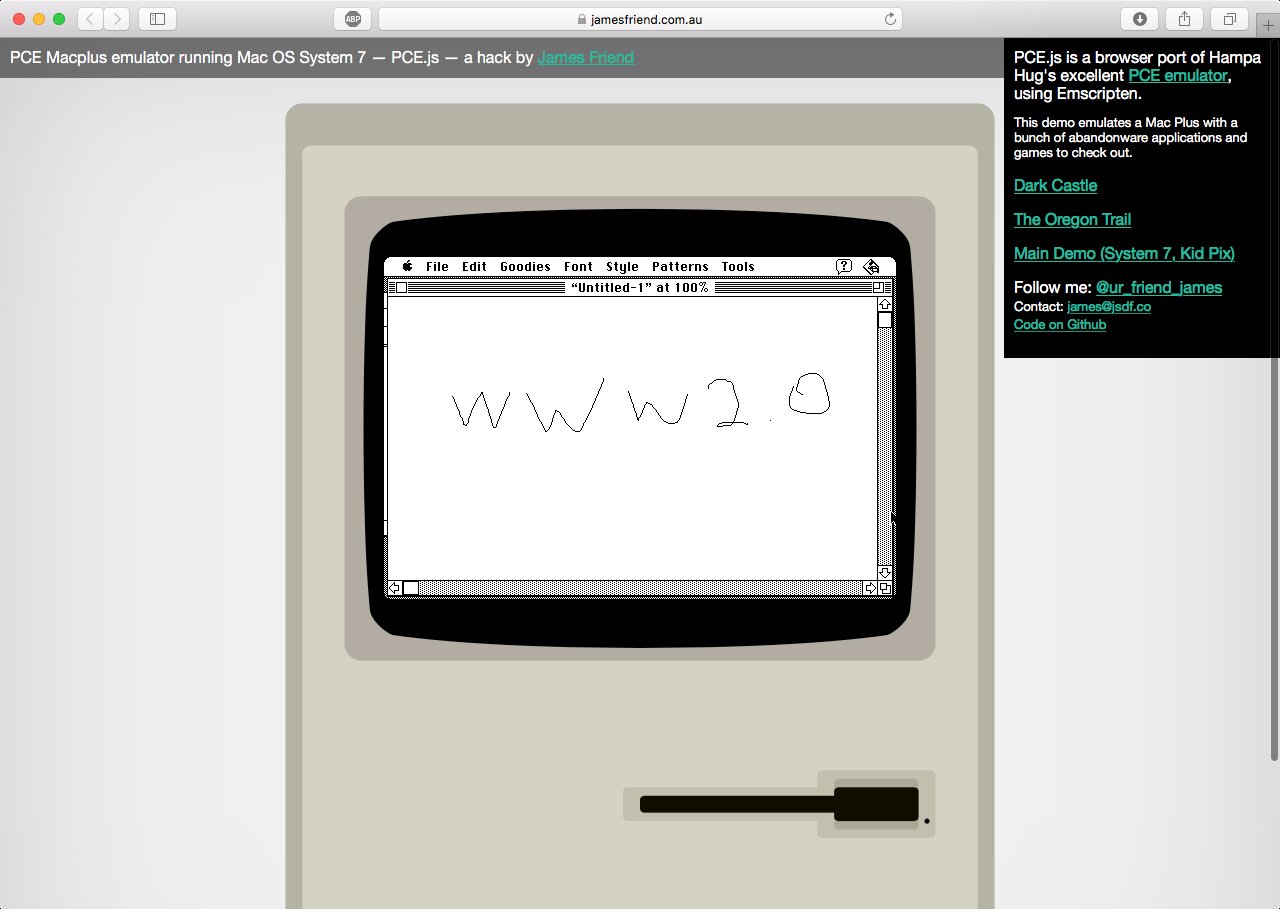 Emulator PCE.js PCjs is a relative, and differs in that, in addition to x86, also emulates the Mac Plus and the Atari ST. The most interesting, perhaps, is the demonstration of Mac OS System 7 the speed of this system is not inferior to the original, and the disk HD 2 you can find some folders with programs and games. On the same website there is an emulator IBM PC/XT with the attached demo versions of Civilization, Monkey Island and Wolfenstein 3D. 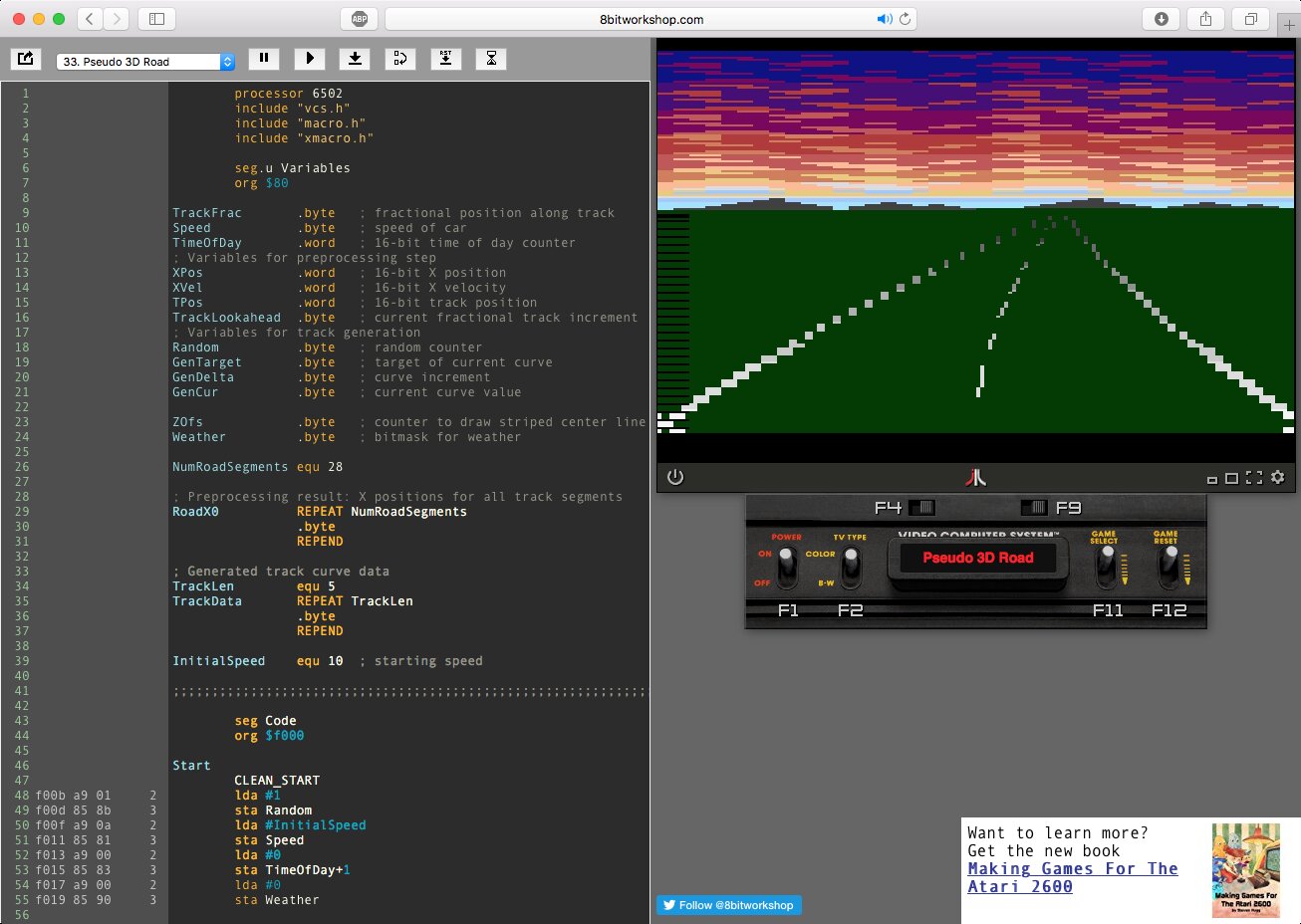 If we consider browser-based emulators Atari, the best of them is Javatari.

This emulator is used on the website Virtual Atari, which is a collection of 550 games. If You want to have fun programming in assembler for the Atari 2600 or just want to ask, how before the game did, be sure to check out the website 8bitworkshop.com. On this site it is possible to edit the source code and observe the changes done. 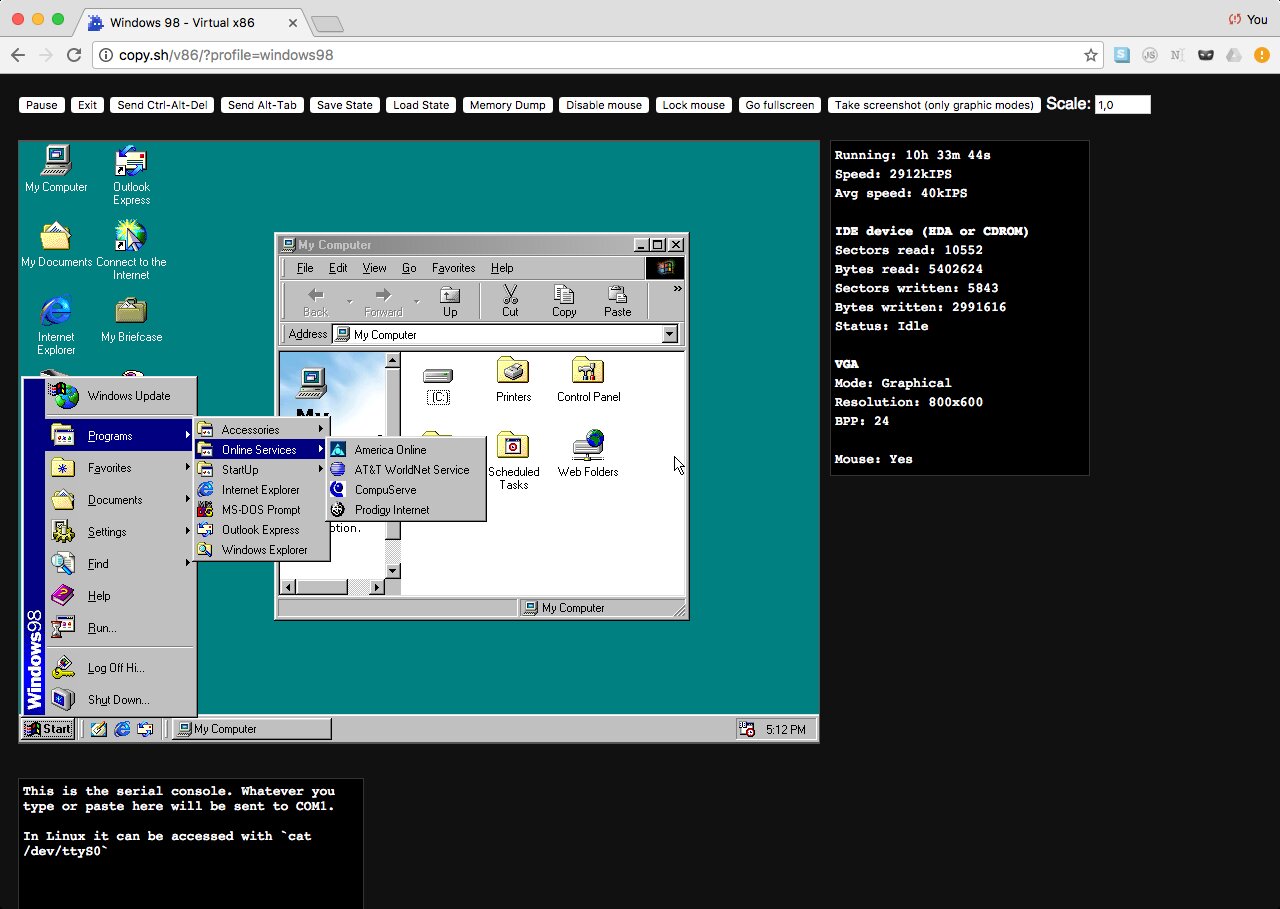 Browser emulators began to gain momentum in 2011, when Fabrice Bellar has launched a project JSLinux a PC emulator running Linux. Since then, the idea of bellara quite strongly developed: the project Virtual x86 offers a list of several distributions of UNIX and Linux as well as Windows 1.01, Windows 95 and 98, Kolibri OS and Oberon. Unlike PCjs, Virtual x86 does not run full Windows image from scratch, but is limited to loading the image memory. Even Windows 98 is only 12 Mb, so the download process is pretty fast. Unfortunately, the majority of available on the website of the operating systems maximum cut and don’t have Internet connection.

See also  NASA wants to give their spacecraft artificial intelligence

If the browser is running even Windows 98, it means that there can be “stuff” and all that appeared to the operating system. And enthusiasts it’s actively doing. In our small survey did not included a NES emulator with a pair of tens applied games emulator “Radio-86RK” and many others. Good list of emulators You can find on the website Frederick Cambusa. There are links to emulators of very old machines like the Z1, UNIVAC and even Babbage differential machine.

On this topic: ( from the heading Articles, Reviews & Comparisons )

The new version of Android will be called Oreo
Insides #877: Oukitel U16 Max, Samsung Exynos 9810, Microsoft HoloLens 2 and controller for the Samsung Gear VR