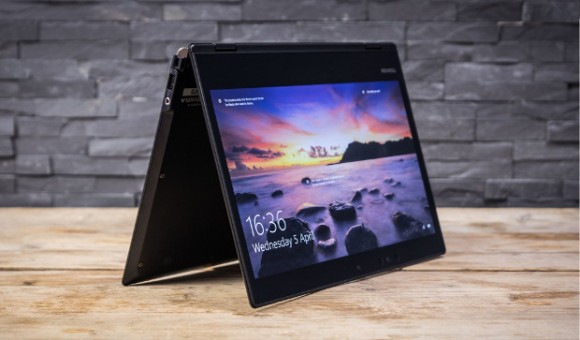 Sensational CES 2017 introduced the world to many innovations in the field of consumer electronics and gadgets. Starting from quite a usual smartphones and laptops, to “smart” toothbrushes, selfie-drones and carts. The Japanese company Toshiba, too, has not gone unnoticed and boasted at the exhibition in Las Vegas, his new creation “for business people” – ultrabook-transformer Toshiba Portege X20W.

Hybrid was very interesting: with a 360-degree hinge, a sound system of security and user authentication, with support for high-sensitive stylus, TruPen and a good autonomy. Today we tell you about our transformername hero in more detail. 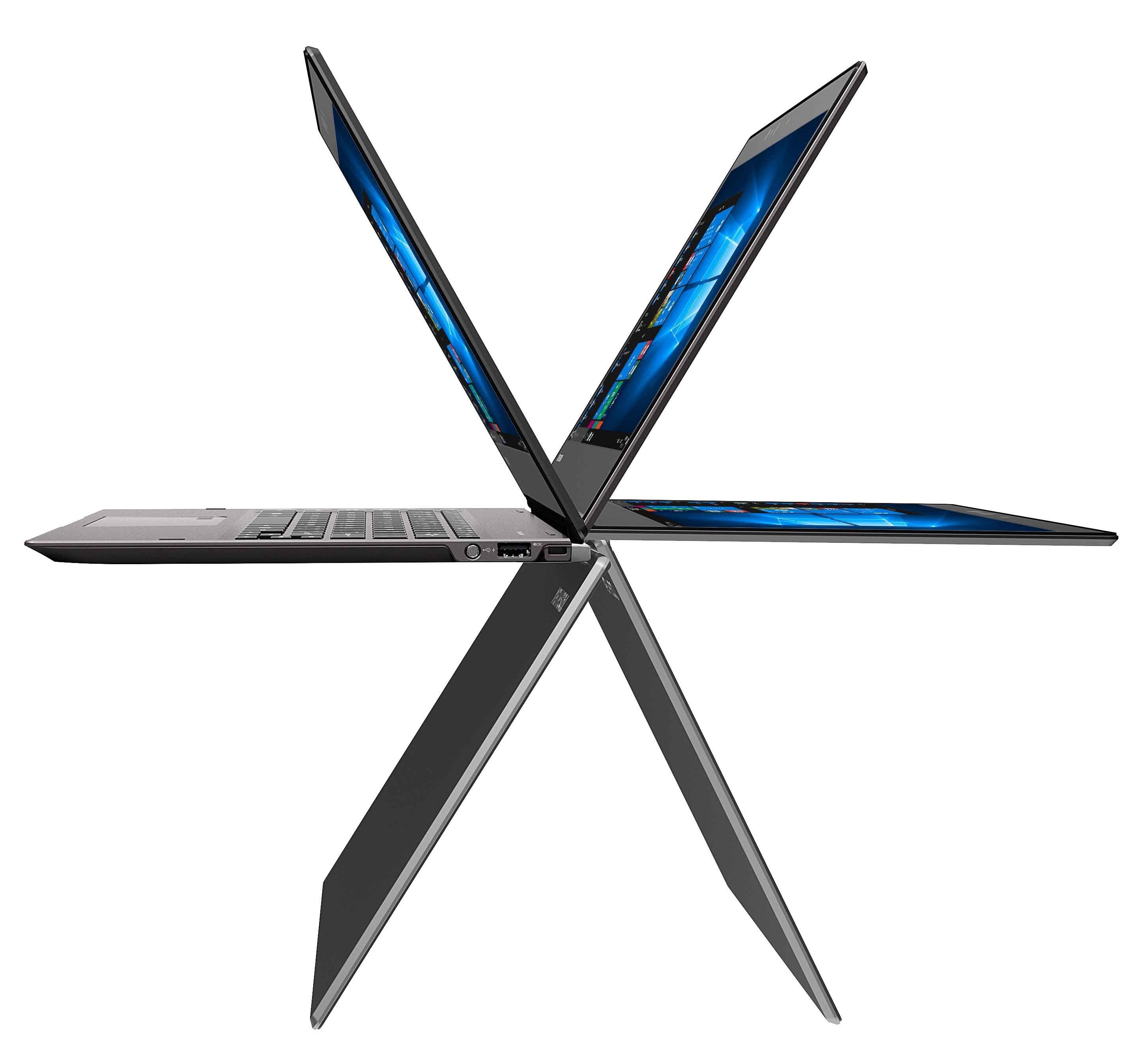 First and foremost it should be noted that the device is not targeted for gaming and more for “serious” use: work and school. So apparently Toshiba Portege X20W looks strictly, presentable and business-like – the clean lines and noble matte magnesium alloy body. Nothing superfluous and distracting.

In addition, the laptop boasts a subtlety and small mass: at dimensions 299×219 mm (nearly A4 size), the thickness is just over 15 mm and the device weighs just 1.1 kg. 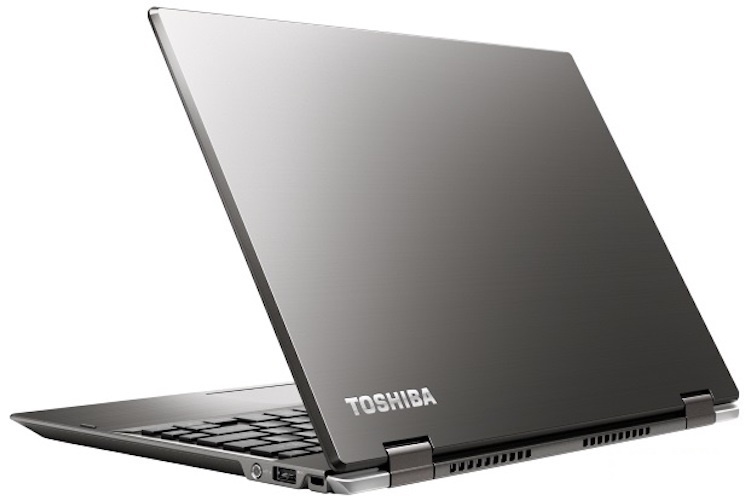 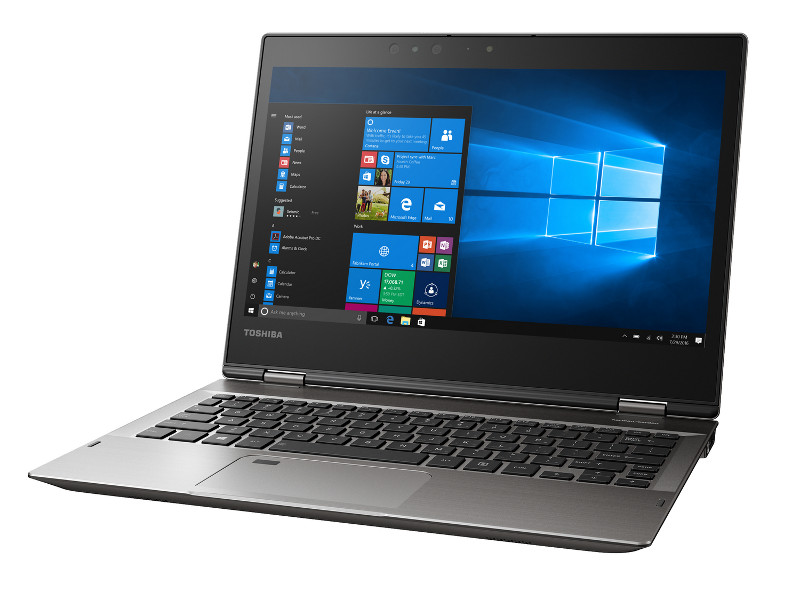 One of the main pieces of the model was the hinge, which is able to deploy the screen almost 360 degrees. Due to this X20W can be used as a regular laptop, tablet or multimedia stand or “tent”. 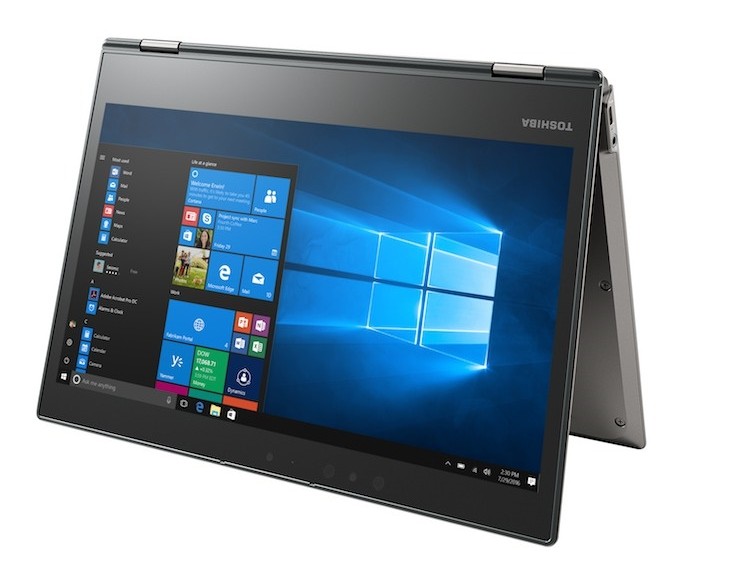 Under the “hood” is Intel Core i7 (2.8 GHz), 16 GB RAM and 512 GB internal storage. The device is equipped with ports USB Type-C, one of which is compatible with Thunderbolt and allows you to transfer information at a speed of 40 GB/s and classic audio 3.5 mm Jack. in addition, the laptop sports a premium Harman Kardon which is very pleasing to the ear when using the hybrid in any of the locations.

Display and interaction with a stylus, TruPen 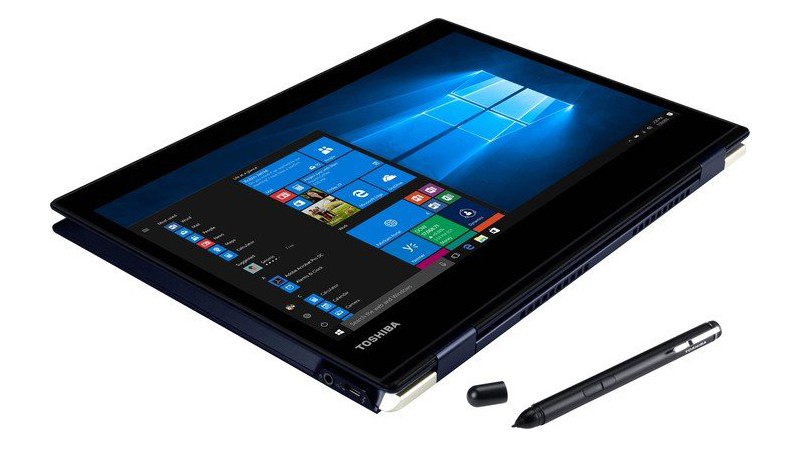 Included with the laptop comes a stylus, TruPen with Wacom Feel technology that can recognize up to 2048 degrees of depression. This suggests that it is not only easy to work with basic functions and to take handwritten notes, but use X20W as a graphics tablet. 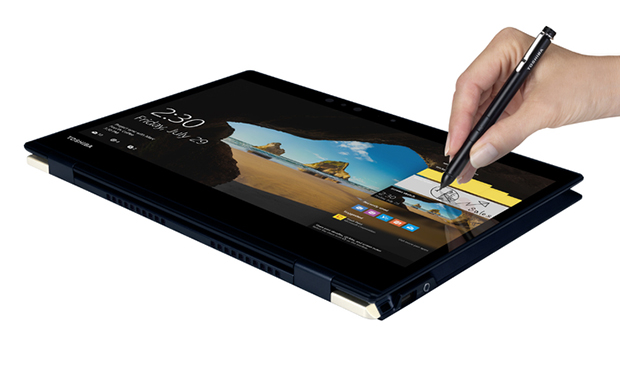 Another attractive feature is the battery life of the laptop. The manufacturer promises up to 16 hours on a single charge, but this, of course, is conditioned by the intensity of the device. One thing – surfing the Internet and in text editors, and more – working with graphics and demanding applications. 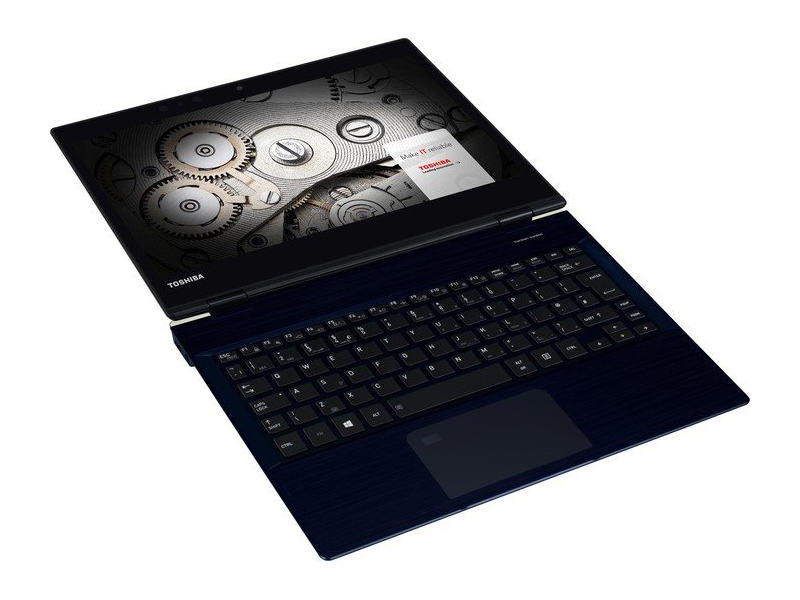 Among all the features of the laptop not to mention implemented a system of identification and security. The touchpad is equipped with the popular fingerprint scanner and for user recognition and authorization in the system through Windows Hello was equipped with two infrared cameras.

The system is more than reliable and she does Portege X20W more attractive to users who need to protect data from prying eyes. You can always be sure that nobody will be able to get into important documents and projects while the user was away from the laptop.

Still, first and foremost, Toshiba Portege X20W is a good representative of the convertible notebooks of the business class. This is evidenced not only by its discreet “office” design, but also functionality, autonomy and an elaborate system of authorization.

According to the statements of the manufacturer, the device was originally intended for employees of companies and offices of various managers who need a reliable, productive and mobile device for your daily needs. It seems that in Toshiba pulled it off, joining in X20W broad explanatory features and making your “newbie” one of the best in the segment.

On this topic: ( from the heading Allo.ua, Articles, Reviews & Comparisons )

Facebook Spaces will allow you to chat in virtual social networks
Lockheed Martin revealed details of a combat helicopter, created on the basis of the Sikorsky X2 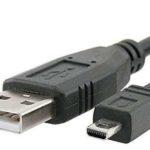 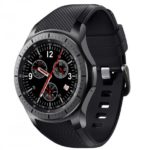 There is a choice: “mobile assistant” on hand