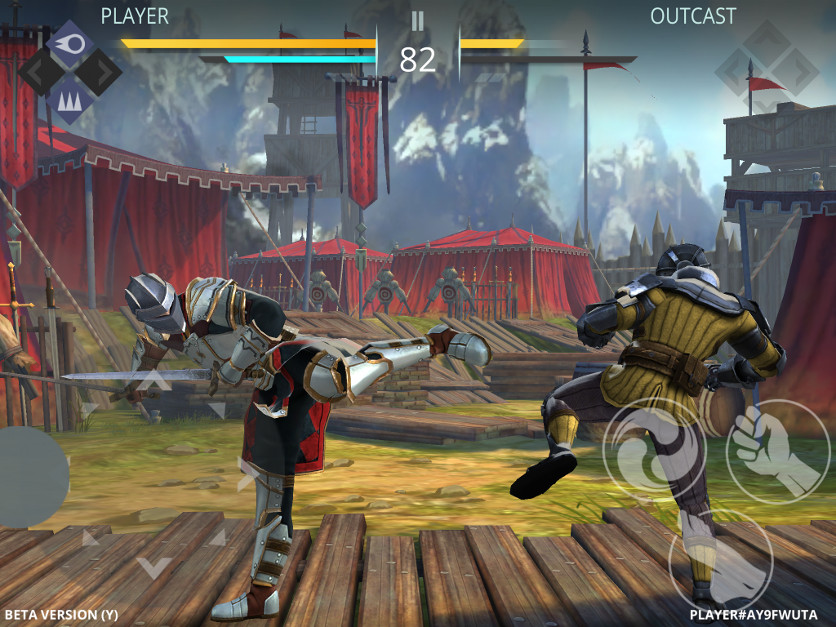 Shadow Fight already the second part has become almost the main mobile fighting game and a national treasure. In YouTube there are bloggers who live solely on the streams SF2 and final fight of the shadow of Titan was seen by more than ten million times. Such figures are not collected even the final fight with Shao Kahn in Mortal Kombat console 2011. Trikvel to hit the App Store in the coming months, shes at risk. After all, the fans are waiting for, crave, hunger for, and will tear to shreds, if that is not so. But we have already tested the beta version of Shadow Fight 3, and see no reason not to love her to unconsciousness.

It all starts with the classic dynastic turmoil in the stereotypical medieval Asia. Someone that is not divided, one arrogant young man crossed the road to the other, the flywheel conflict began. Dialogues are served through a pop-up cardboard samurai, and don’t even try to read their words. First, headaches. Secondly, no one in the world has not confessed that he loves Shadow Fight due to plot. We came here to fight, not to read books (something similar can be heard in the yard, isn’t it?), so there is nothing to lose. Swords in hands and forward — to weigh Imperial slap enemies.

Who never ran Shadow Fight in his sad life, he at first can forget about everything with delight. Unlike 99% of fighting games on mobile that actually are either not fighting (your favorite Mortal Kombat X), or disgusting trash (everything else), Shadow Fight 3 — responsible management. There is no need to twist incompatible with human fingers combo, but you do not want to rake swipe a La Fruit Ninja. The Golden mean: right cool wheel movement with an insane amount of playable faces, left a couple of buttons. Option small, but it’s enough. You click on the blow, say, a leg, your character, simulating, johnny cage, with all the dope beat the fighting butt to the enemy.

A simple combination too. If zhahnut foot, pushing the lever backward motion, the ward will throw out the chopper, leading to the ecstasy of the inhabitants of Mytischi. If cleverly hold your finger down to the right, holding the “fist”, the hero will throw the opponent through the thigh — this will already appreciate the other part of the Russian population. Some tricks do resemble the performances of comrades from “the Matrix” — Yes, we are talking about the jump through the head. 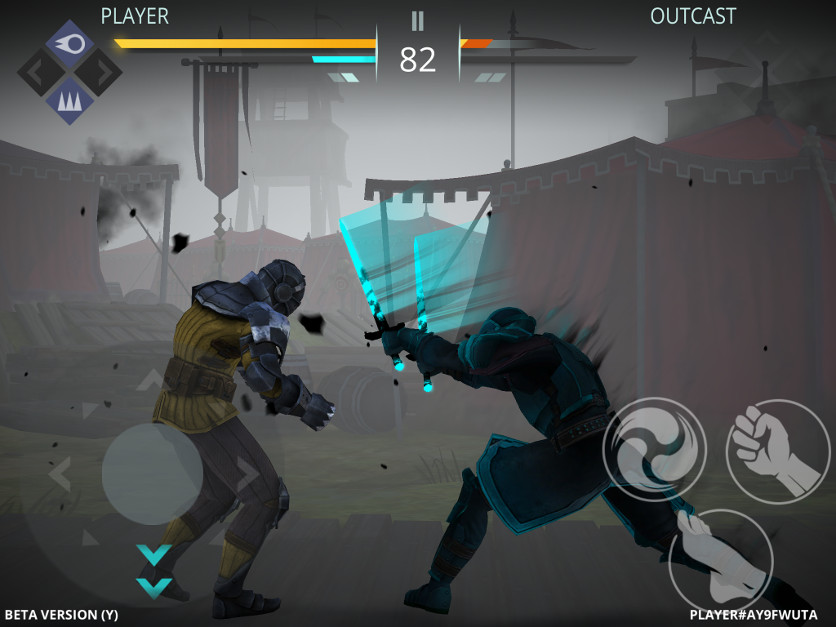 The word “shadow” in the title of the triquel lost some relevance (in the ring are normal men, not abstract shadows), but some part of the shadow martial arts remained. Having saved a little energy, you can step into the supernatural: the screen will light up blue, the characters will be covered by painful touch, but activate new features. Something like X-Ray attacks from MK: you can throw clots of otherworldly energy at the enemy, to catch him coming out of the ground the spikes or just the whole hog to pierce with a long spear. However, the adversary can do the same — it’s not you passed the school of shadow magic.

In the dynamics of all this madness looks fascinating and beautiful: to be honest, even the console Mortal Kombat in motion and sometimes not so impressive. Nearest landmark rather console the UFC, but instead grabs here — compound techniques, clever movement and a scattering of completely unexpected moments. For example, after a particularly successful counterattack Asian foe drops the weapon, but then goes into close combat — and so gives you on the head, fall to a knockout. In parallel, the background cuts a powerful instrumental song and the main thing is to control myself not to cry from happiness and recorded to the nearest fan club offspring Nekki. But this is not: the euphoria ends on the first serious opponent. 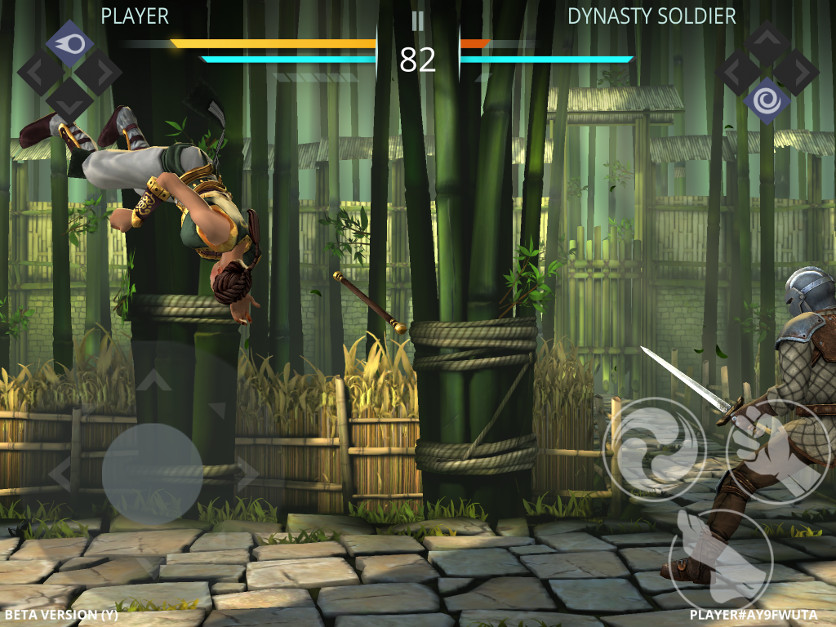 Map scattered mission: to plot, so to speak, side. Without the diligent performance of the latter is the first and will not move; the enemies become stronger faster than the rise your level. The decision correct in its own way — to force the user to chase including saydkvesty. But at some point there is a serious imbalance in development: the opponents are trampled into the dirt for ten seconds, and you have nowhere to go. Because third-party missions are not easier key, and pressed in the battles of weapons and armor until you level out. In the end, remains two ways — either replay a fight, hoping for a random win, or simply buy coins.

In the second way there is nothing to be ashamed of, considering starting a free game, but the residue remains — too Intrusive here are paid services. On the other hand, you also have no one promised free use, isn’t it?

Shadow Fight 3 comes up trumps, and she’s hard to oppose something — because after the first fight want to leave this Asian fight club and stay there to live. To learn the techniques. To take revenge on the enemies. To go to the underworld. Rush magical fireball. But all this — only to eventually throw a financial grenade into the hatch of reality: at some point the game will cost money. And it would be difficult to deny her. What happens in the end will find out in a few months, when will soft-launch and then full release.

Microsoft has promised to keep Paint 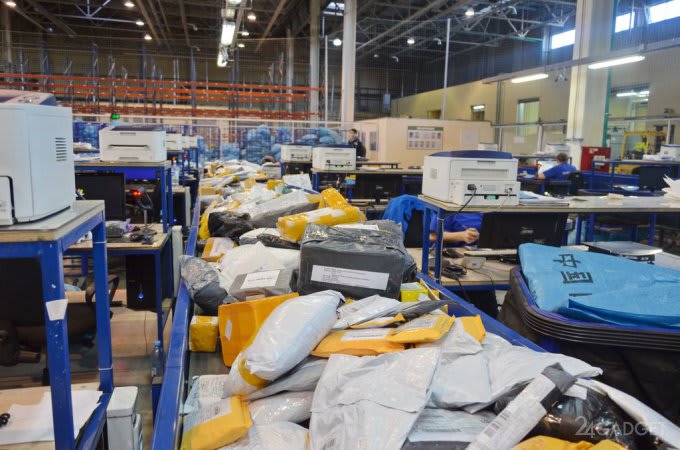 When purchasing from an Internet shop fee will be charged automatically