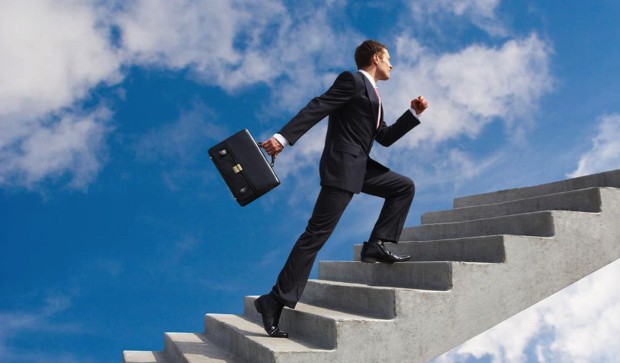 Absolute and unshakable leader — a myth? Consider the example of Nokia

We know many stories about successful people and the companies that have reached huge heights, but it often happens that leadership and success suddenly give way to failure. Such examples in history were so many, but the most revealing of these is the history of the company Nokia, which overcame many difficulties and managed to become the market leader in mobile phones.

In the heyday of the President of the company and its TOP managers were confident that Nokia will continue to remain a constant leader, which made quite a serious error that would lead many producers to bankruptcy. In the end, a clear leadership has changed for Nokia black stripe, to go with the company which has already failed.

The success story of Nokia

But the company managed to become the world’s largest manufacturer of mobile phones? This story began in 1865, the year when the may 12, Finnish mining engineer Frederic Idestam received permission from the authorities to construct a factory engaged in production of wood pulp. The factory was built on the Nokia river, hence the name of the company.

In those years, Finland has seen a huge growth industry, and in the whole of Europe was constantly growing demand for paper. The company was growing at a crazy pace and opened dozens of new offices. After just a few years Nokia had become quite a large plant for the production of paper. Soon the plant began to work so many employees, that there was even the same city — Nokia. By the time the plant started to sell its paper in England, France and even China. Things went well, but the raw plant is not enough, so the company was forced to order a tree in Russia and Sweden.

Meanwhile, the world has seen other interesting events. In 1839, the year in USA engineer Charles Gudger opened a technology like vulcanization of rubber, and 59 years later, in 1898, the year savvy entrepreneur Frank Seiberling founded the Goodyear Tire and Rubber Company. In the late nineteenth century such rubber started to appear in the markets of Europe and reached Finland. Planning to reduce costs, the local tyre manufacturer, company, Finnish Rubber Works, moved production to the countryside and by a happy coincidence, the factory FRW was next to Nokia. Subsequently, the rubber manufacturer started buying Nokia is electricity, where the river Nokia gave pulp mill in excess. So the two companies became partners.

In 1912 in Helsinki opened the Finnish Cable Works company, engaged in the manufacture of Telegraph and telephone networks, and 8 years later, in 1920, FRW, FCW and Nokia have merged into one holding company, the Nokia Group. The case of the holding was so good that in the 20-30-ies Nokia started even the construction of power plants. Due to this diversification the company has managed to survive in the difficult for the Finns period. If you remember history, Finland survived a Soviet invasion, reparations to the Kremlin, the Great Depression, and many other disasters, however, Nokia was one of the few Finnish companies that have managed to overcome it all. 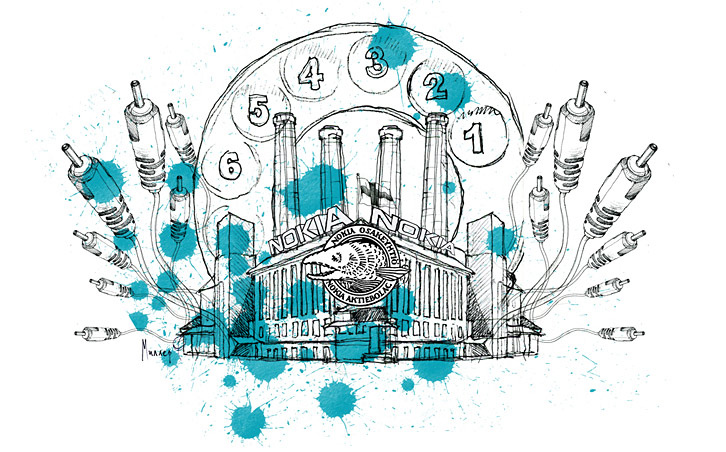 In 60-e years, Nokia sold rubber, paper and electronic equipment, and the main business is the production of rubber. At this time, the visionary President of Finnish Cable Works, björn Westerlund had established a Department dealing with research in the field of semiconductors. Westerlund was friends with all the main universities in Finland, which allowed him to staff the best scholars and students. 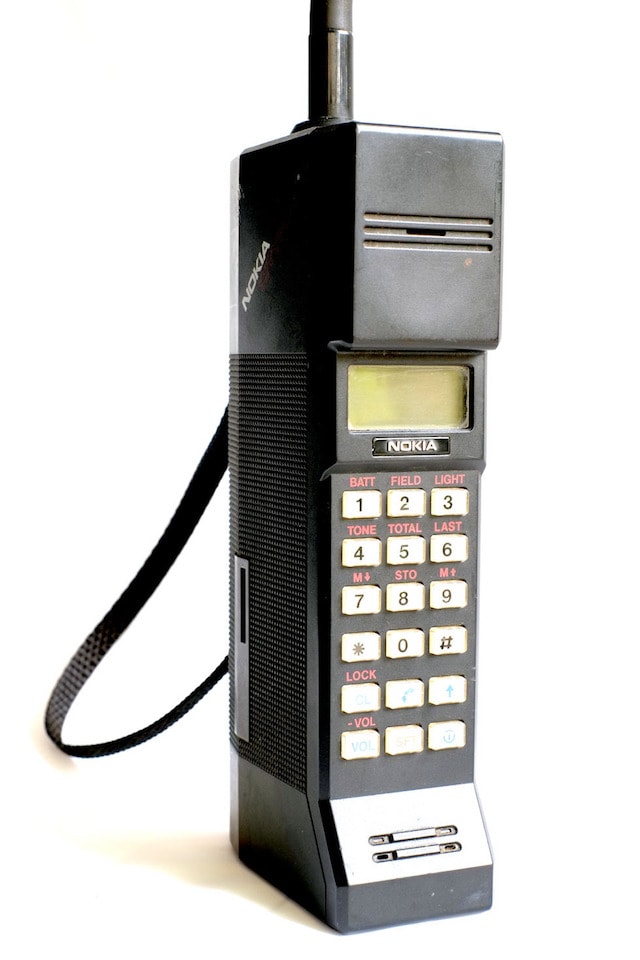 In 1990, the year the company came Jorma Ollila, who headed the Department of mobile phones. On July 1, 1991, the year the Finnish Prime Minister made the first call over a commercial GSM network, and it started with this development of the GSM industry. In 1996, the telecommunications business was for the Nokia main. In August 1997, the year among the partners and customers of Nokia, there were 59 operators in 31 European country. This success was the result of a very brave decision, which was adopted in 1992. Then in Finland, was the most serious financial crisis, and Nokia had to cut costs. Ollila decided to focus all efforts on telecommunications, sacrificing all other departments of the company. Today the correctness of this decision is obvious to everyone, but at the time, no clarity, no one was, so you need to give credit to the new head of Nokia who have shown extraordinary courage and intuition.

What radically distinguishes Nokia from its competitors?

First, Nokia could always quickly switch to the most profitable industry. The ability of the Finns to risk is the first reason for the success of the company.

Second, Nokia is the first Finnish company, which has embarked on the complete chain-sufficiency: within the company has been manufacturing all components as well as Assembly of devices; here engaged in the research and implementation of new technologies; experts Nokia themselves responsible for sales and marketing, contributing nothing to other manufacturers.

READ  "Roskosmos" approved a design layout of the station "Luna-25"

Thirdly, despite the fact that most sold phones in the 90 years, implemented under the brand of mobile operators, Nokia has embarked on the promotion of its own brand. At the time, the Nokia brand was ranked the 11th largest in the world and was between Marlboro and Mercedes Benz.

Fourth, the Finnish company has always been a technological leader in the industry. It was invented all the most advanced technologies of data transfer and software interfaces.

Fifth, Nokia has always paid great attention to product design. In the 60s, when the main business of the company was rubber boots, but here they were produced in bright colors, while all other manufacturers were only black boots and galoshes.

1992-the year of the first portable phone, the Nokia 101 network standard GSM. 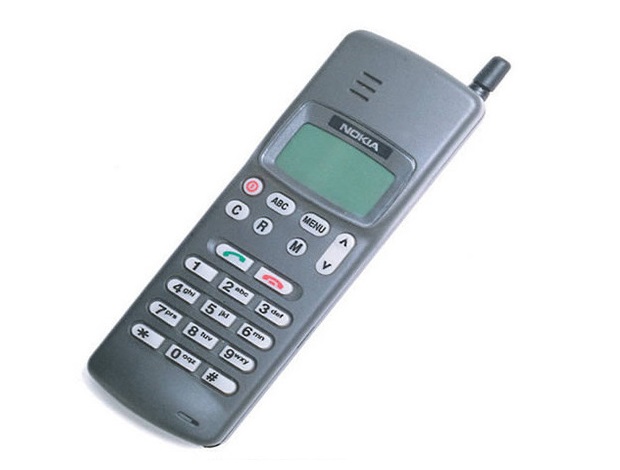 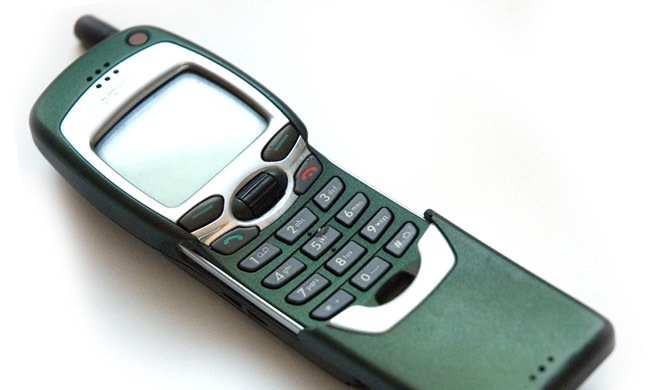 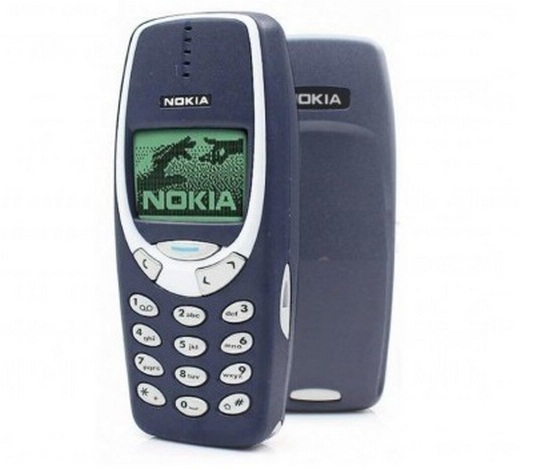 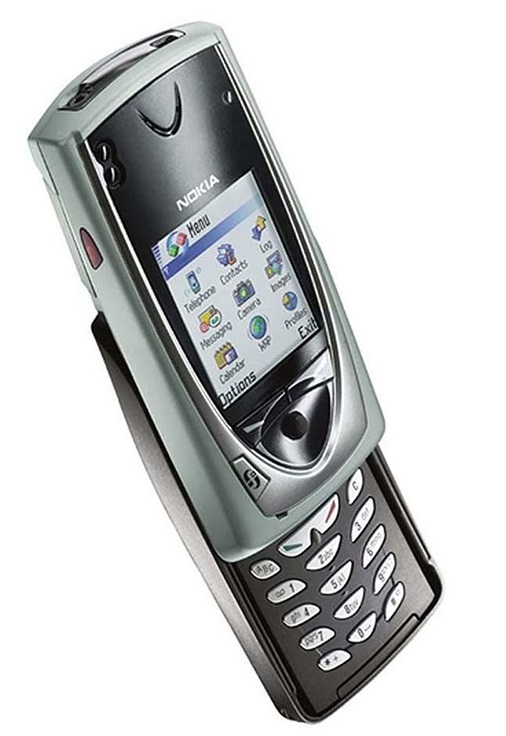 History of failure of Nokia

Until 2007, the company Nokia was so good that it even made the cover of Forbes magazine. On the cover was written: “One billion customers — can anyone catch the cell phone king?” 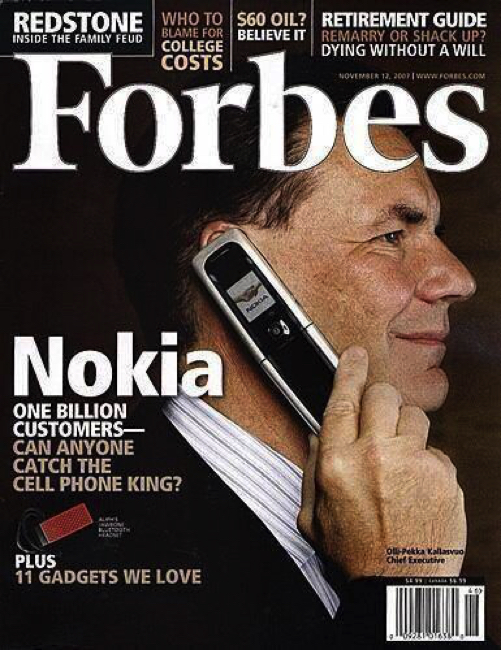 But in 2007, the company began the first problems, which were associated with the presentation of the iPhone. Nokia managers too late perceiving the potential of large touchscreen phones, lacking physical keyboards, continuing to rely on old values. However, it didn’t work, and the Finnish company for the first time in its history late innovation.

The company’s business went very bad, and every year the situation is even more worse. In 2011, the Finnish giant announced the reduction by 7 thousand people, which accounted for 12% of the total number of employees.

CEO Stephen Elop admitted: “We have made a series of false steps. We provided a fast implementation of innovations. We are unable to establish cooperation within the company. Nokia, our platform is on fire”. 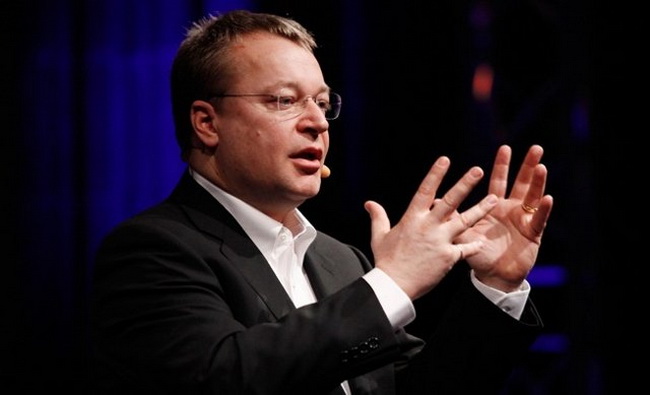 The company ceased to believe analysts. Moody’s announced the downgrade of the credit rating of the Finnish manufacturer just two points. This meant that investors have faith in the fact that the company will be able to ever emerge from the crisis. Sales of smartphones and even ordinary mobile phones cheap Nokia fell sharply. In the second quarter of 2011 in the world has sold just 16.7 million smartphones Finnish is 34% less than a year ago.

READ  IOS 11, you can activate the dark theme

In 2011, Nokia lost its status as the world’s largest smartphone maker – took her place by Apple.

The reasons for the failure of the company was several. First, Nokia has lost the market of operating systems – and not so much expensive and trendy, iPhone how many cheap devices on Android, which especially began to appear EN masse in the market in 2010-11. Secondly, the Finnish giant has lost to competitors the race in the market of polymers. The first touch screens on the Nokia 5800 tachfona was disgusting and could not compare to the tactile feel of the work screen with the iPhone. Thirdly, Nokia has lost the battle of the ecosystems, as decided too late to start an online OVi store, which was supposed to be a competitor to iTunes.

In April 2011, Nokia signed a cooperation agreement with Microsoft, betting on the new operating system Windows Phone 7. Among its positive qualities, the experts singled out the performance and opportunities, however, the smartphones running this operating system had nothing could not iPhone or Android smartphones, so breakthrough did not take place.

The CEO Stephen Elop blamed the fact that he was a “Trojan horse” and have intentionally reduced the price of Nokia for the subsequent purchase by Microsoft. 3 September 2013, Microsoft announced the purchase of the mobile division of Nokia for 5.4 billion euros, Elop was appointed Vice President of Microsoft.

Despite all attempts, Microsoft has also failed to change the situation, as smartphones running the Windows operating system was not able to create a worthy competitor to Android and iOS devices.

The history of the company Nokia is a Prime example of how a thin thread between success and failure. To stay on the podium, leaders must constantly work on yourself, to improve, to innovate and not be afraid to take risks. Today Nokia took Apple and Samsung, however, whether they will remain market leaders in smartphones? Or they will press other companies? Life is unpredictable, and all will depend only on whether today’s leaders to adapt to the modern realities.

On this topic: ( from the heading Allo.ua, Articles, Reviews & Comparisons, Smartfones ) 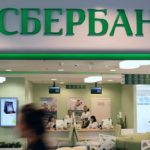 Sberbank will analyze customers by likes on social networks 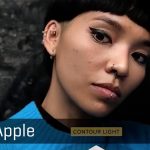