Главная › Accessories › Upgrading your computer: how to choose hard drive

Upgrading your computer: how to choose hard drive 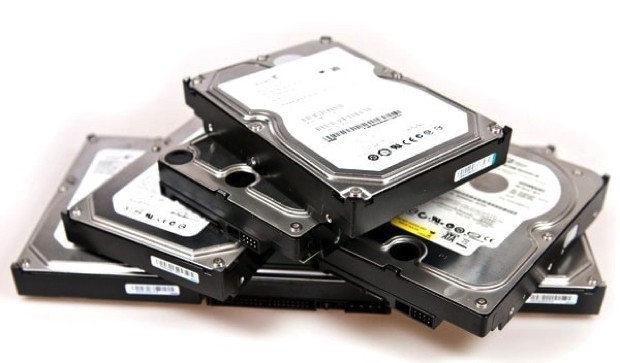 Sooner or later, most users are faced with the fact that their computer becomes low on memory. At the same time to remove accumulated files you do not want, so the only way out of this situation is to buy a new hard drive.

But how to choose the right HDD? This question can arise not only at upgrading the computer, but when you build it. In this article we will give some tips that will help you buy the exact hard drive that you need. 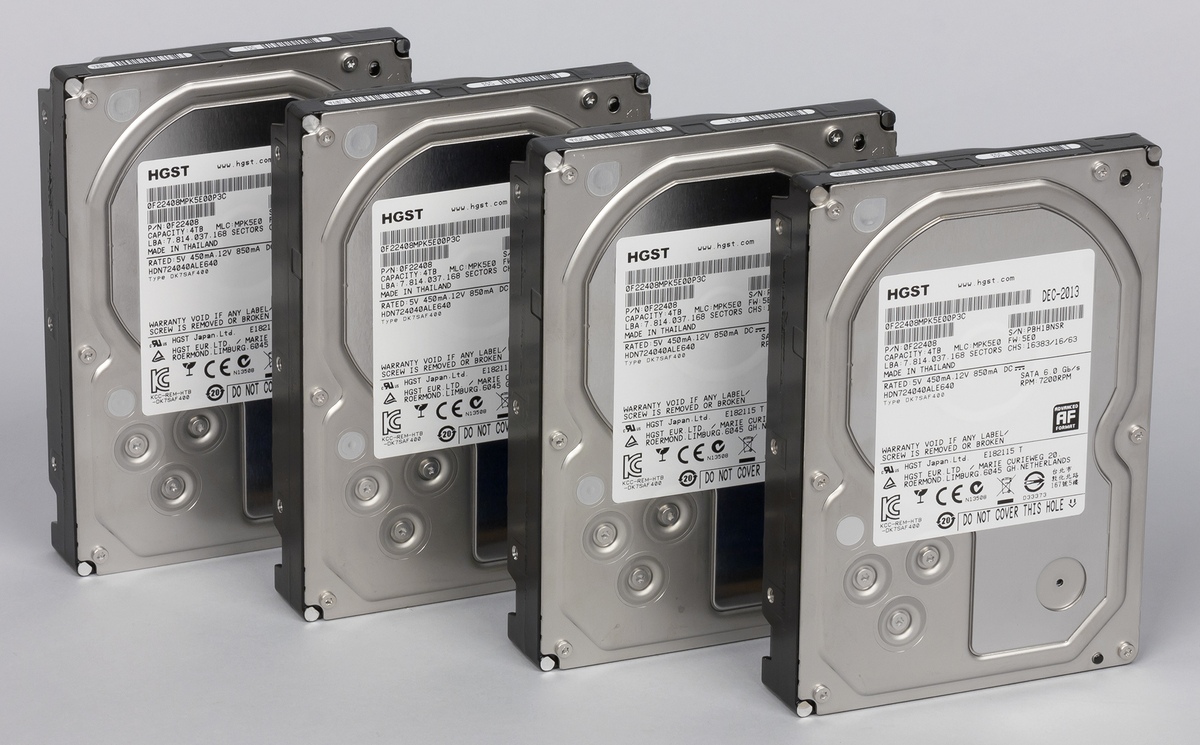 Despite the fact that hard drives (or as they are called winchesters) today is considered an outdated type of permanent memory, they are still in demand because of its relatively low price. Modern SSDS are fast, energy-efficient, completely noiseless, and is not afraid to mechanical stress, but their cost is several times higher than the cost of hard drives.

Choosing a hard disk, try to evaluate what purpose you get it. It will depend on what volume and form factor HDD drive you will stay in.

If you plan to improve your computer and increase the number of available permanent memory, it is best to give preference to internal hard disk. 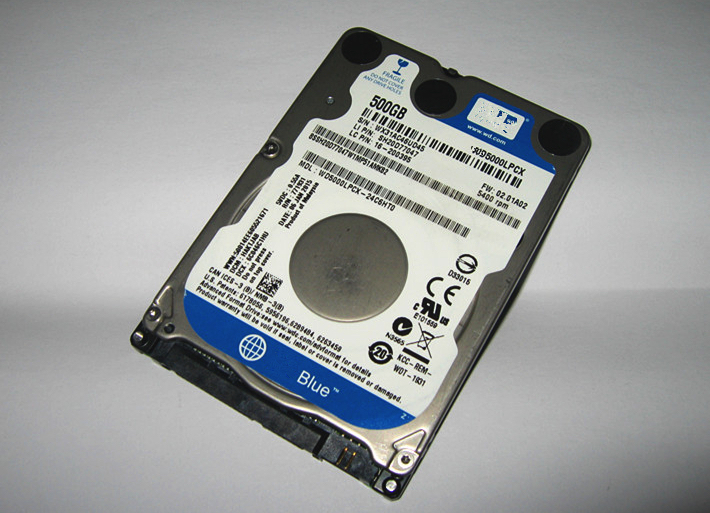 External hard drive we recommend purchasing in the case when you need additional storage, which can be used on any computer or device with a USB interface. On this hard drive you can store, for example, documents, movies, music and connect if required to laptop, TV and other devices. 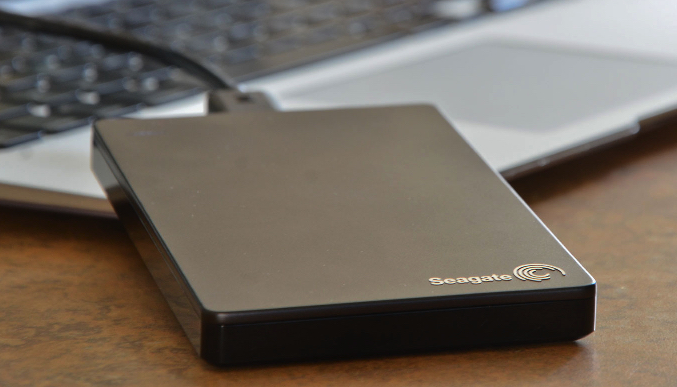 What to look for when choosing

When you select the hard drive you need to pay attention to such characteristics as: size, capacity, spindle speed, amount of cache memory, a connection interface and the manufacturing company.

Hard drive size (its width, suitable for standard mounting in desktops and laptops) is calculated in inches. 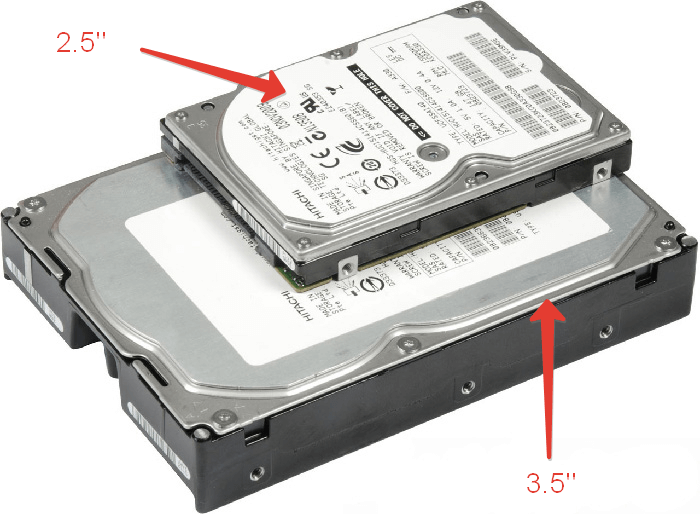 For stationary system units typically use 3.5 inch hard drives. In turn, on laptops, basically you can find 2.5-inch HDD.

Another characteristic, which is necessary to pay attention to when selecting a hard drive is its memory. In this matter you need to choose, since each requires its own volume. For example, most users can be quite 500 GB, while to some it may seem little and hard disk capacity of 2 TB.

When you select HDD drive, keep in mind one important rule: the higher the volume, the lower the price per 1 GB. It is enough to analyze the pricing: HDD 500 GB costs about $50. Divide the amount of memory, and you will receive 10 cents for 1 GB. Now compare the drives to 1 TB ($65 = $0.065 per 1 GB) and 2 TB ($90 = $0.045 per 1 GB). This factor is associated mostly with the production costs. Drives with greater memory are a few tens of dollars cheaper, but does it make sense to pay, only you can decide. Try to choose a disk drive capacity to suit your needs. Most likely, you will be quite enough drive 500 GB or 1 TB.

Inside every HDD storage device is a disk drive that stores all the information. Due to the constant rotation of the disk, a head reads and records the information. The spindle rotation speed in hard drives is usually 5400, 5900, 7200 or 10000 rpm. The best choice are drives with speed of 7200 rpm. If you finances allow, you can choose and HDD 10,000 rpm, because the higher the speed, the faster will be recorded and read with him.

If we talk about external hard drives, most of them have a speed of 5400 rpm, which is enough to store the files, but copying and reading from these drives will be slower.

The capacity of the cache memory

Most modern internal drives equipped with interface SATA III. If your motherboard has such a connector, can achieve a maximum speed of information exchange. Was previously widely distributed hard disks with interface IDE, but now they are no longer available. 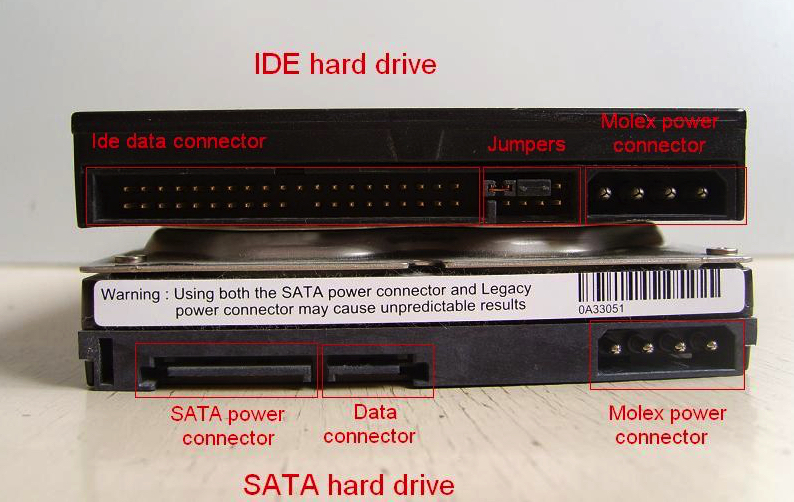 In General, the SATA interface is of three types. SATA (1.5 GB / s), SATA2 (3 Gbit\s) and SATA3 (6 Gbit\s). Externally they are identical and differ only in data transfer speed. Before you buy a more expensive hard drive with SATA3, make sure. Your motherboard has support for this interface. Otherwise You will get unnecessary expenses, because SATA3 HDD connected to the SATA interface on the old motherboard, will operate at restricted speed to 1,5 Gbit\s, not using all of its features.

As for external hard drives, note that they support both USB 3.0 and USB Type-C (the newest models).

By 2017, many of the companies hard drive manufacturers realized that the HDD drives are obsolete and sold his business to competitors, switching to the other direction. As a result, the HDD market, there were 3 companies: Seagate, WD and Toshiba. The ratio of their market share is approximately 40:40:20%.

Quality products, Toshiba, Seagate and WD is virtually identical, however, among the disks of small volume recently praised Toshiba, the storage of large amounts of often choose WD and Seagate.

If we talk about external hard drives, in this segment, in addition to Toshiba, Seagate or WD, you can also give preference to devices Transcend, ADATA and transcend. They are highly reliable and offer a guarantee of at least 2 years.

So, what should pay attention when choosing the hard disk:

By 2030, 12 cities in the world to stop using fossil fuels
New render confirmed that OnePlus will be 5T frameless 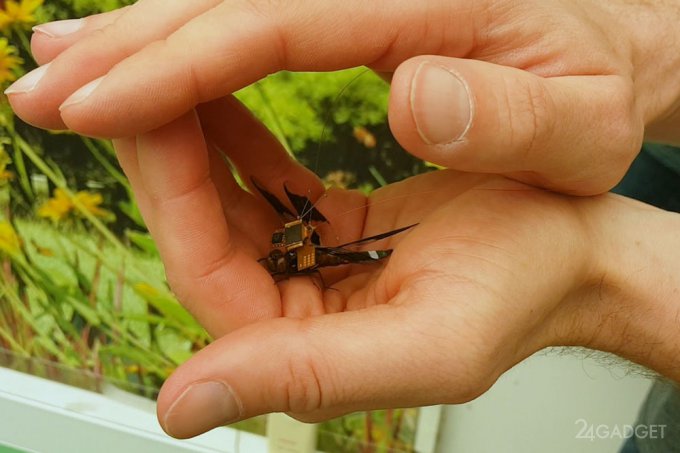 How ‘The Outer Worlds’ is not ‘Fallout: New Vegas’ 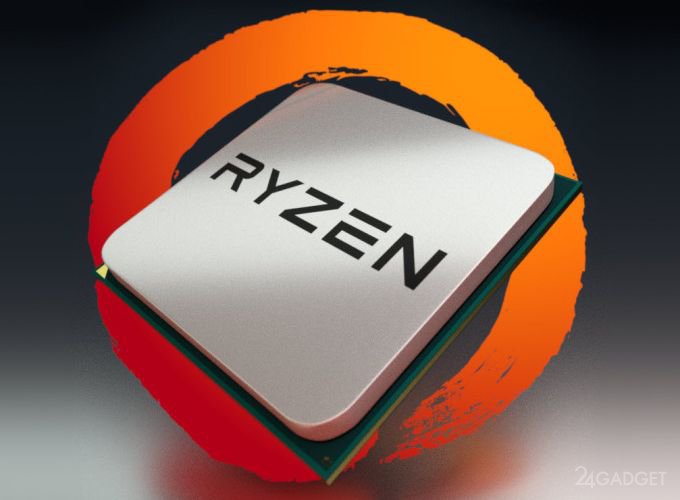