According to numerous rumors and leaks of the future iPhone will get a new design with an almost edge-to-edge display. Because of this, Apple will be forced to abandon the signature round Home button. Since it is tied to the control system, it is obvious that it will not disappear. It is expected that Apple will make its virtual and built into the display underneath the fingerprint scanner. It seems that at the conference for developers WWDC 2017 Apple accidentally revealed that the virtual “Home”button.

During the demonstration, the new operating system iOS 11 Apple representatives told about the upgrade virtual assistant Siri. He learned a few new techniques, such as instant translation in real-time and is now more deeply integrated with the system. For example, if you are looking for some information in Safari, Siri will offer auto-complete in keyboard on this topic or similar articles in the news app. Obviously, Siri becomes the head of the entire system. Along with this, Apple has updated the Siri interface, and the icon of the wizard now appears in the form of a circle.

Some users suggested that the icon Siri may be the virtual Home button in a future iPhone. The size and shape of it coincides with the current physical Home button.

Note that this is only a fan-made guesses, so they should be treated with skepticism.

What it’s like on the edge of the Universe?
NASA is at a loss: on Mars found a huge “burn” 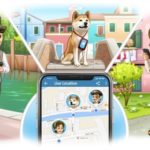 Waited in Telegram officially launched on the Russian language 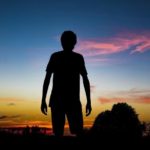 What if you became… dark matter?