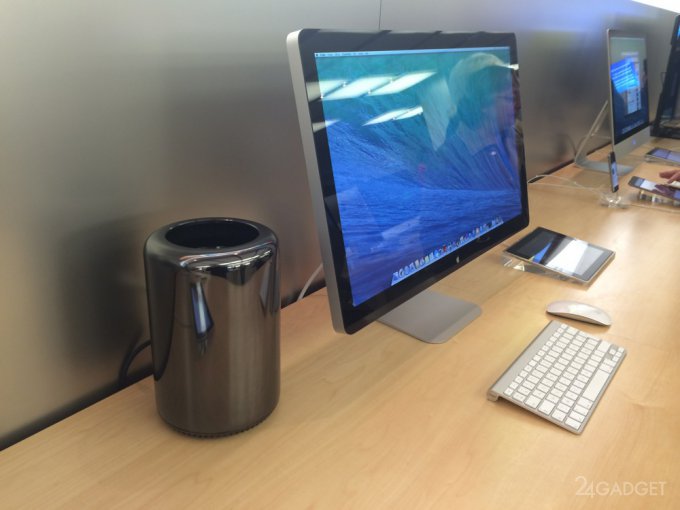 Apple introduced an updated workstation Mac Pro, made in the optimal cylindrical shell (this configuration is several times reduces the volume of the station compared to traditional buildings). These are the most productive desktop computers Apple have not been modernized for almost four years since their presentation in the summer of 2013. 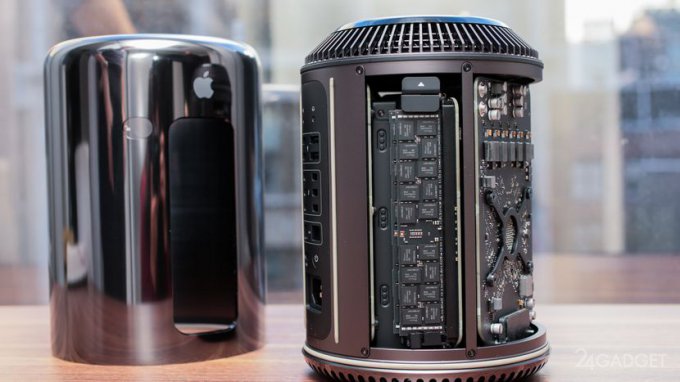 The exterior design of the station, the developers have left unchanged: simply a cylindrical body (diameter 170 mm, height 250 mm) made of aluminum tinted a dark color with a mirror surface. The convenient control panel, which contains interface connectors are located on one side of the cylinder, it also installed button and socket to power the computer. 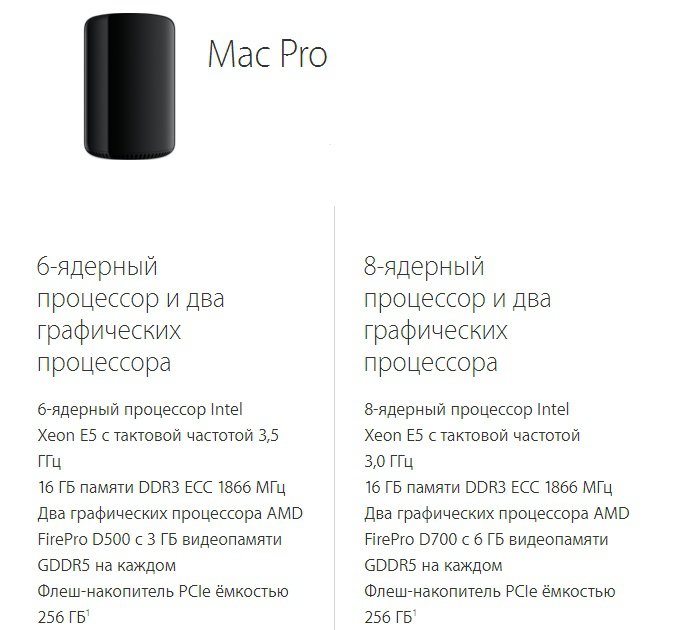 The Corporation submitted two versions of configuration of a computer professional. The base model has a 6-core Intel Xeon (instead of the 4 core processor of the original model) with 3.5 GHz, 2 AMD Fire Pro D500 with 3 GB of GDDR5 memory (the previous version had Fire Pro D300 2GB). The station has a hard drive capacity of 256 GB and RAM size of 16 GB (12 GB in the original configuration). 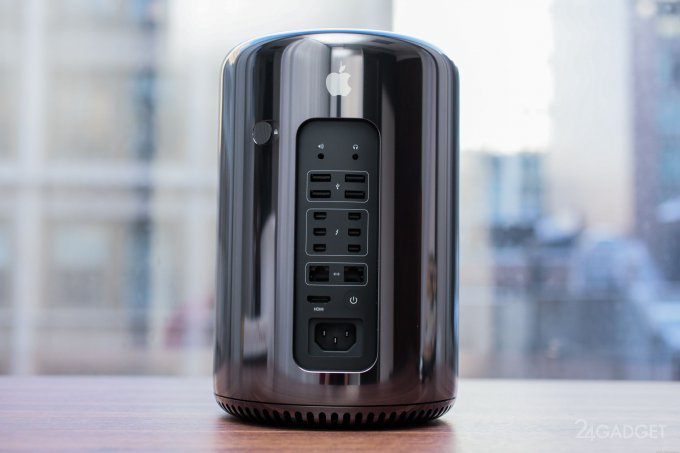 READ  Augmented reality can now be implanted in the eye

In addition, Apple has reduced the cost of improvements to upgrade the stations the Mac Pro. For payment of 140 thousand RUB., the consumer receives a 12-core processor (2.7 GHz) with cache memory of 30 MB. When you fee more 84 thousand. increasing RAM from 16 to 64GB, and spent an additional 42 thousand rubles, it is possible to increase flash memory up to 1 TB. Total upgrade most expensive Mac Pro model will cost 520 thousand.

In addition, the Apple Vice President Phil Schiller announced for 2018, the emergence of a fundamentally new model of Mac Pro, and the development of their own professional video monitor. 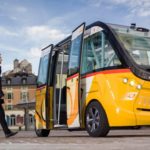