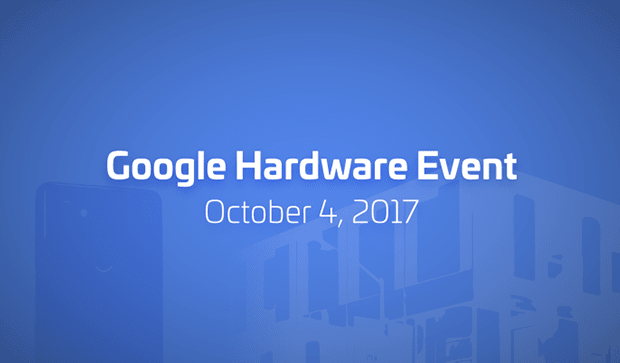 What we were shown at the presentation of Google? In detail about everything!

In his presentation, representatives of the company began from afar your story that no smartphone manufacturer or other hardware will not be able all the time to increase market share, if not to release a device every year (apparently, just hinted at what we today show). 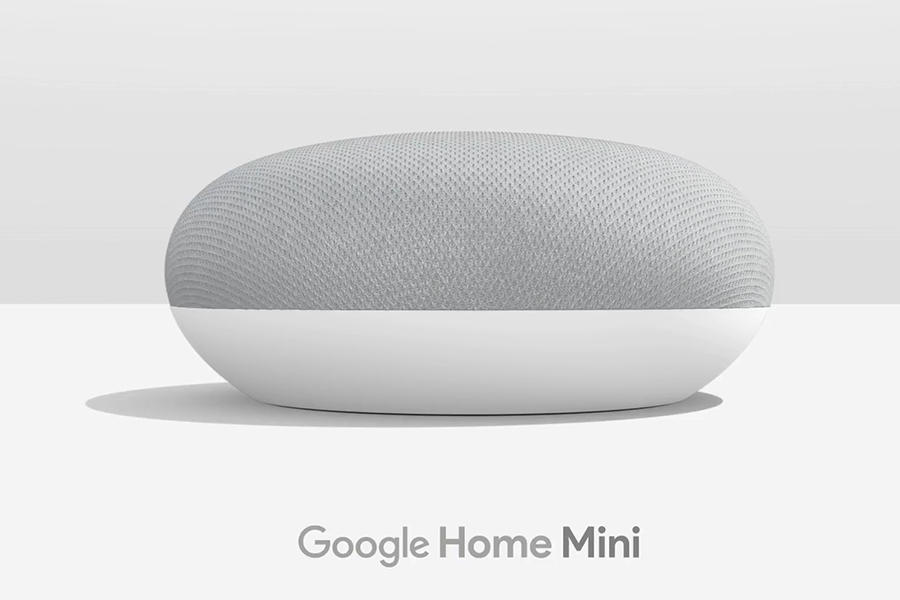 Isabel noted that all already it is time to abandon all sorts of buttons and flashing lights in the apartments or houses. That is why engineers have tried to make Home Mini so that it can easily fit into any interior. 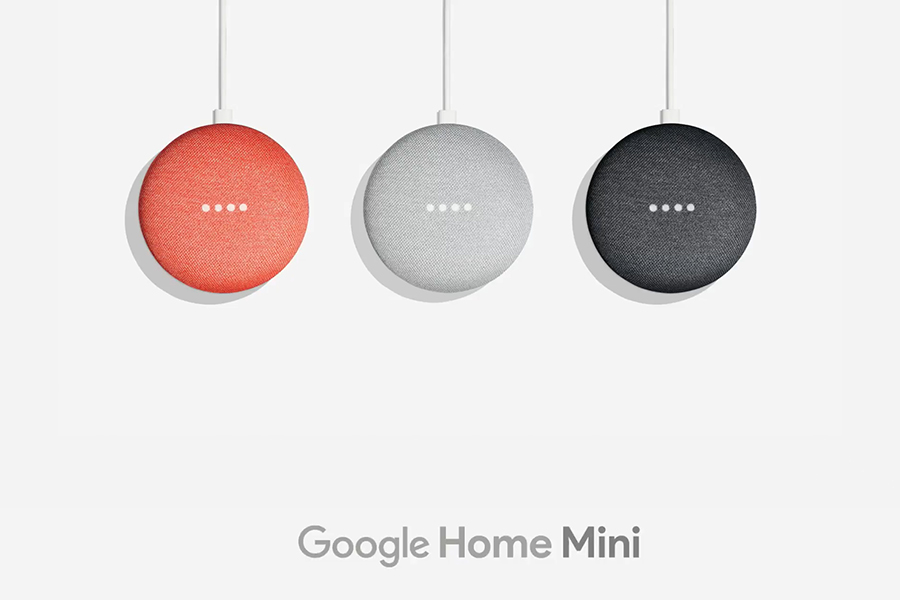 During the announcement also said that the new generation Google Home is no worse speaker than its “elder” brother. Therefore, you should not worry that you will miss the volume. Cost Google Home Mini will be $49, this device will appear on November 19. 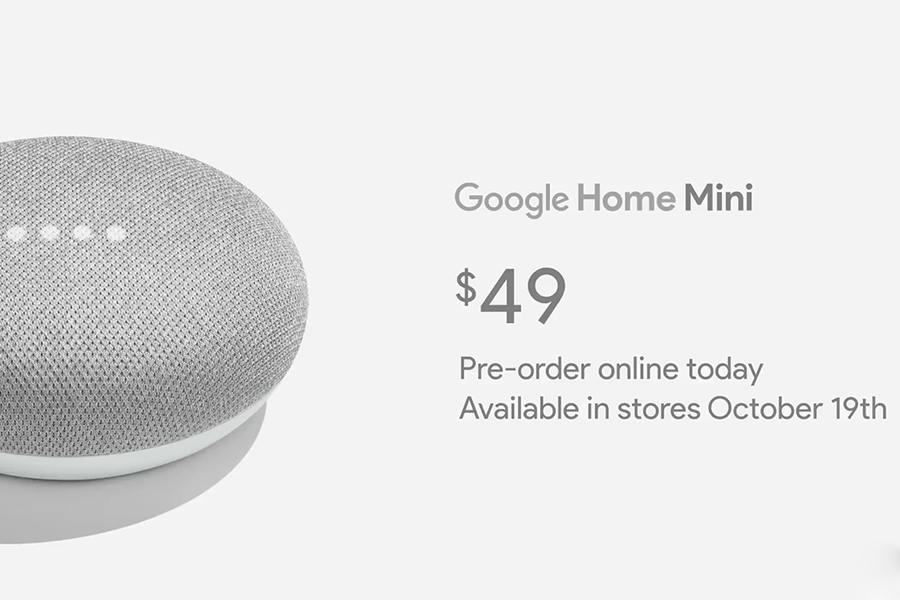 If you remember, last year, the search giant acquired the company Nest, which develops products for the filling of “smart” house. CTO of Nest, said that very soon all the products will be tightly integrated with the Google Chromecast and Home. 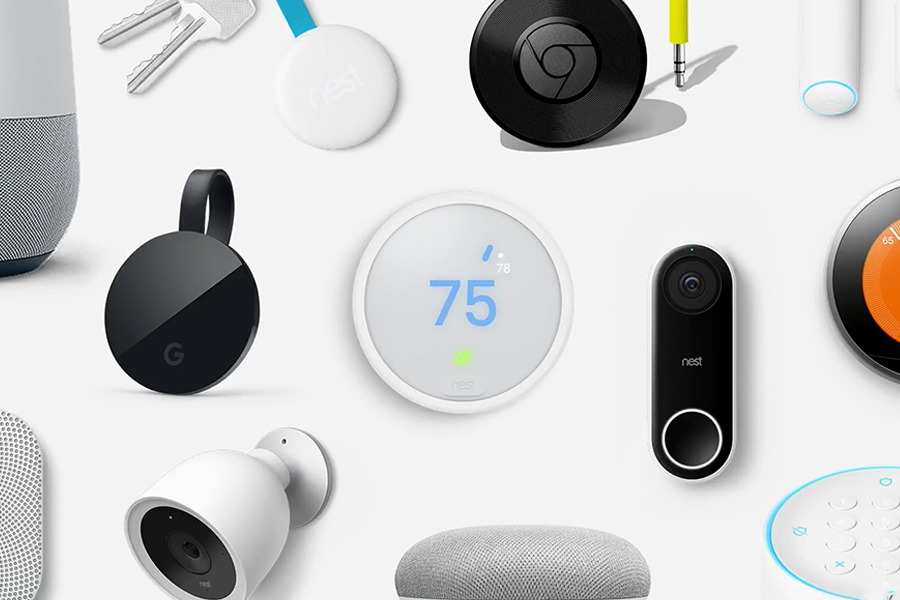 Demonstrated the operation of the device, called Nest Hello. It is a kind of “smart” doorbell. Thanks to the integration with Google services, it will be able to know your guests and inform you about who came to you. Also in the function of Nest Hello includes installation of alarm systems, office security cameras, and more. All these functions will be pronounced by a voice thanks to the new feature, Google Assistant, which is called Broadcast.

“A hardcore smart speaker”. So it was called during the announcement. This device is fully compatible with Chromecast and other products of the company Google. Of course, there is support for the voice assistant Google Assistant. 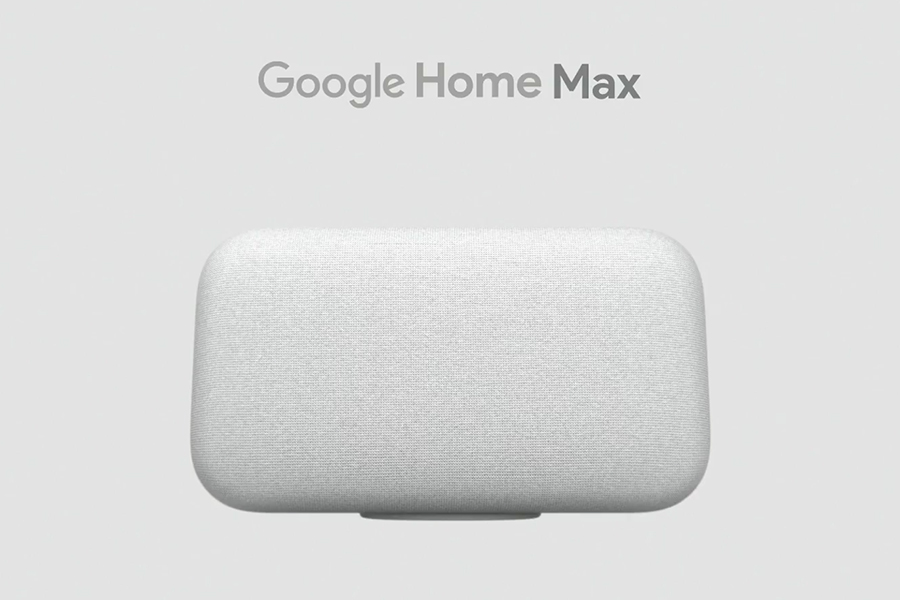 One of the main pieces is “smart” sound setup, which is called “Smart Sound”. The device scans the environment and itself will adjust the EQ and volume. How it would work in real life, it is not yet clear. It is worth noting that if you have gone online, thanks to the 3.5 mm Jack you can play music from your smartphone. 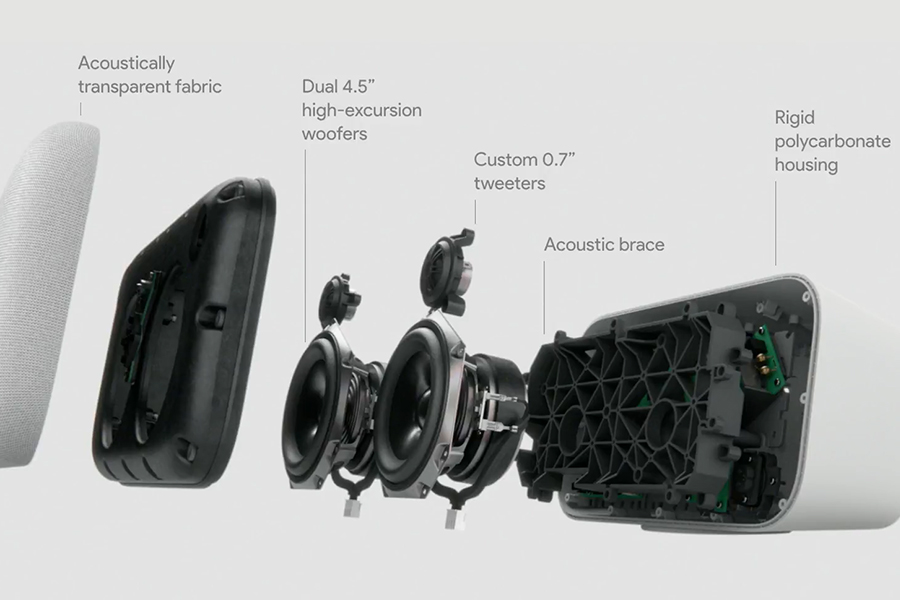 This speaker will cost you $399 and will be on sale at the end of the year, in December. As a bonus, all buyers will be accompanied by the bonus code to use YouTube Music for 12 months.

As stated by Matt Vokoun from the scene, this device will force all to completely rethink such a thing as a “laptop”. This device is a 4-in-1, you can do “whatever we want”. Need a laptop? Please. Tablet? The display can be rotated 180 degrees. 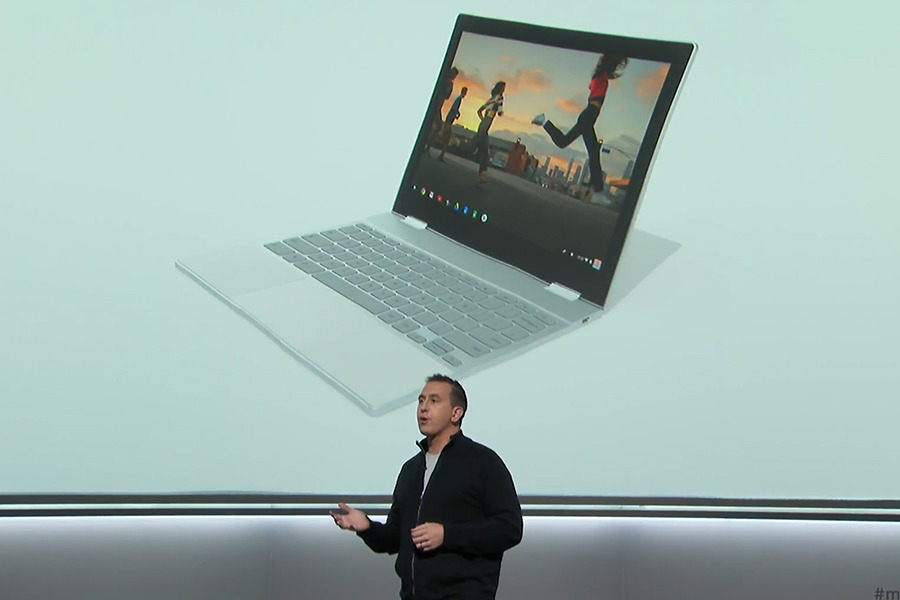 Google Pixelbook has a display with a diagonal of 12.3 inches and QuadHD-resolution. With such characteristics, the pixel density is equal to 235 ppi, which are for 2017, not so much. The processors will use Intel Core i5 and Intel Core i7. The device will have 16 GB of RAM and SSD-drive capacity up to 512 GB. As stated at the presentation, from a single charge this transformer will work up to 10 hours. It should be noted that for charging modern connector Type-C. 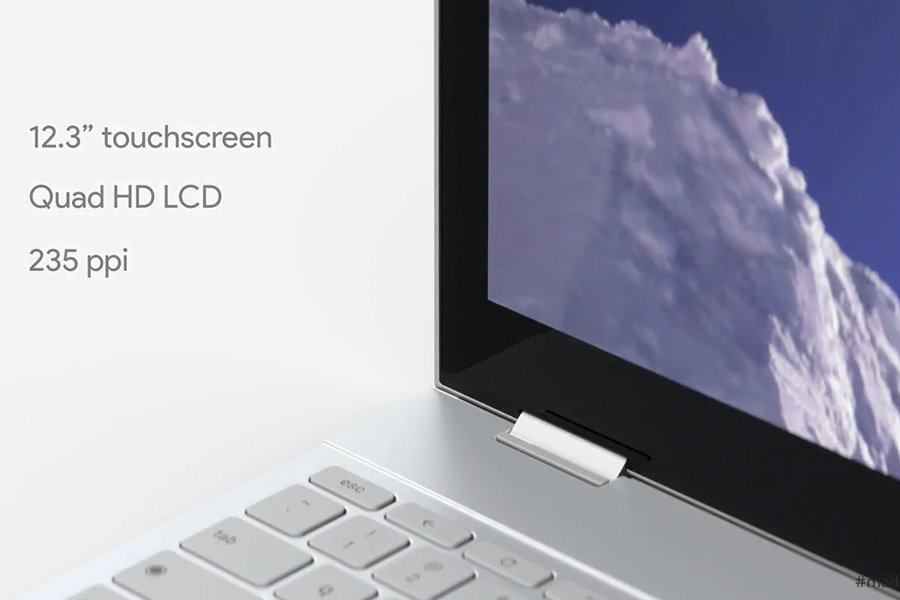 The main feature of the device is a function of Instant Tethering, whereby your “pixelbug” without the lack of Wi-Fi will connect with your smartphone Pixel, for use of mobile Internet and synchronization.

The thickness of the device is only 10mm and a weight of 1 kg. cost of the laptop-transformer from Google starts from $999 for a younger version of the line. Pre-order now, on sale it will appear only at the end of this month. 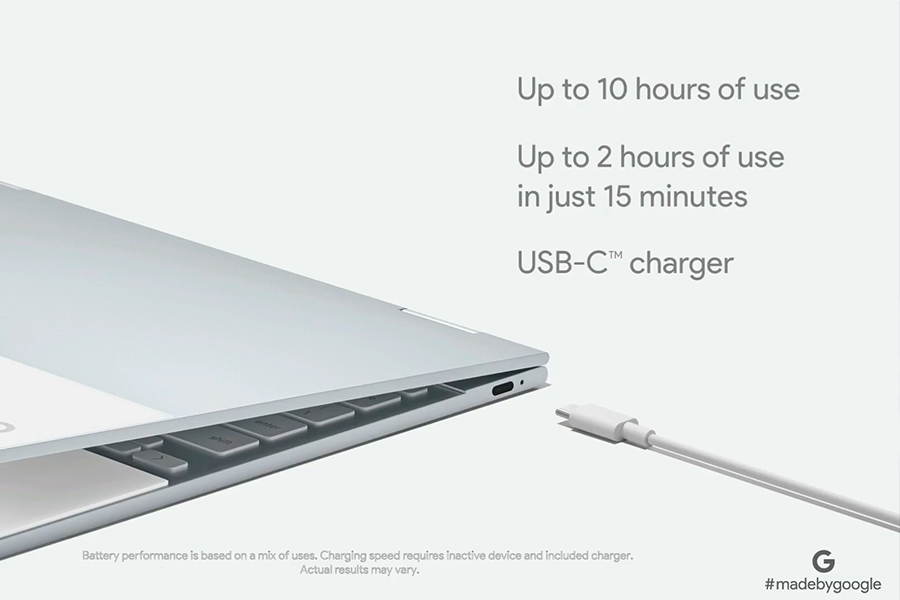 In addition to the laptop also announced Pixelbook Pen for $99. In this case, nothing new. What we’ve seen in similar products from Apple and Samsung. More than 2000 degrees of depression, the response to 10 MS and the detection of inclination up to 60 degrees. As announced at the presentation to develop Pixelbook Pen, the search giant has collaborated with Wacom which is famous for its graphic tablets and styluses.

Characteristics Of The Google Pixel 2:

Well, where do without them… Without a new generation of smartphones Pixel. First we were shown a “reduced” version of the smartphone Google Pixel 2. This device has a display with a diagonal of 5 inches with full HD resolution and an aspect ratio of 16:9. As the processor uses a mobile chip Qualcomm Snapdragon 835. Helps the processor work 4GB of RAM. Storage of user files will be available with 64 GB of flash memory. And for those who this is not enough, it will sell a version with 128 GB of flash memory. 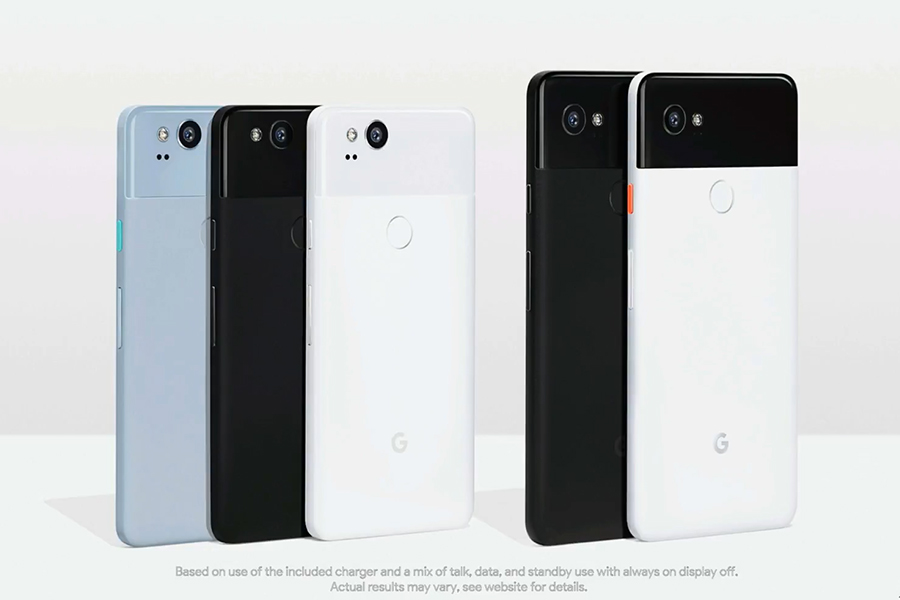 As for the software, then of course, the smartphone runs on Android operating system 8.0 Oreo. What surprised everyone, so it’s again a new “launcher” Pixel 2. And despite the lack of 3.5 mm Jack, the smartphone will still be equipped with USB adapter-C-to-3.5 mm Jack.

Sensor resolution main camera is 12 MP and it is not double, as everyone thought earlier. To the left of the camera sensor is flash with dual led and auto focus sensors. It is also worth noting that the back of the smartphone has a completely new design. Someone will like it, some don’t. The smartphone looks really controversial. The cost of the smartphone starts from 649 U.S. dollars.

Characteristics of the Google Pixel XL 2:

As for the “big” brother, the Google Pixel XL 2 has a 6-inch P-OLED display, which is developing the Korean company LG. It is worth noting that the aspect ratio is 2:1. Otherwise, it’s all the same “reduced” version of the Google Pixel 2. 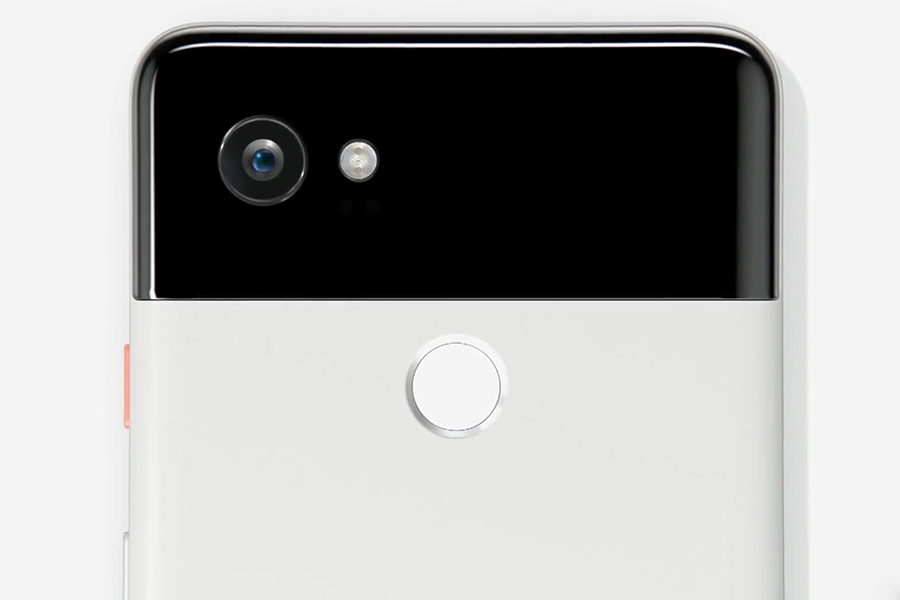 Apparently, the search giant has relied on the fact that the smartphones used in the display of a new type. The same used in smartphones Galaxy S8 and LG G6.

As for cameras, the sensor main camera equipped with so-called “pixel visual core” which is even better processes images from the camera. Behind a smartphone is also a bit different from the “younger” brother. The camera sensor is placed in the upper left corner, and the sensors autofocus and flash is located on the right side, closer to the center of the body. As for battery capacity 3 520 mAh, then the presentation stated that “we will not leave you without a smartphone in the middle of the working day”. Let’s hope that it will be so. The cost of the smartphone starts from $849.

Yes, Google has produced many devices. And about it was quite a few rumors. Buds is headphones. which have built-in voice assistant Google Assistant. The presentation was shown. data how wireless headphones can help when communicating with foreigners. 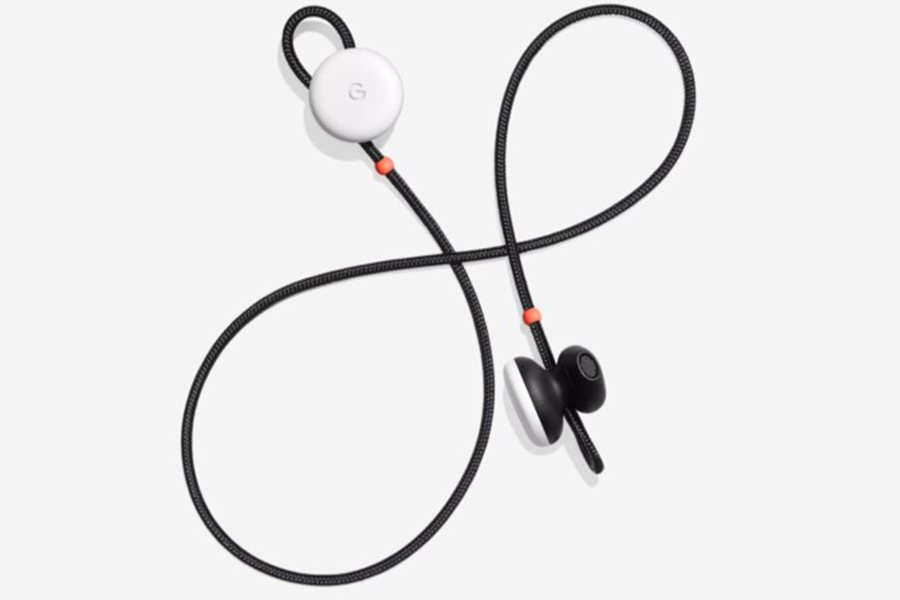 For this you need to run a translator on your smartphone and keep it in your hands, everything you say in their native language, will be broadcast in the headphones in the language of your interlocutor. According to the manufacturer, a single charge of the battery 620 mAh, enough for five hours of continuous music listening. Touch panel right headphone you can use as a to start assistant and music management. 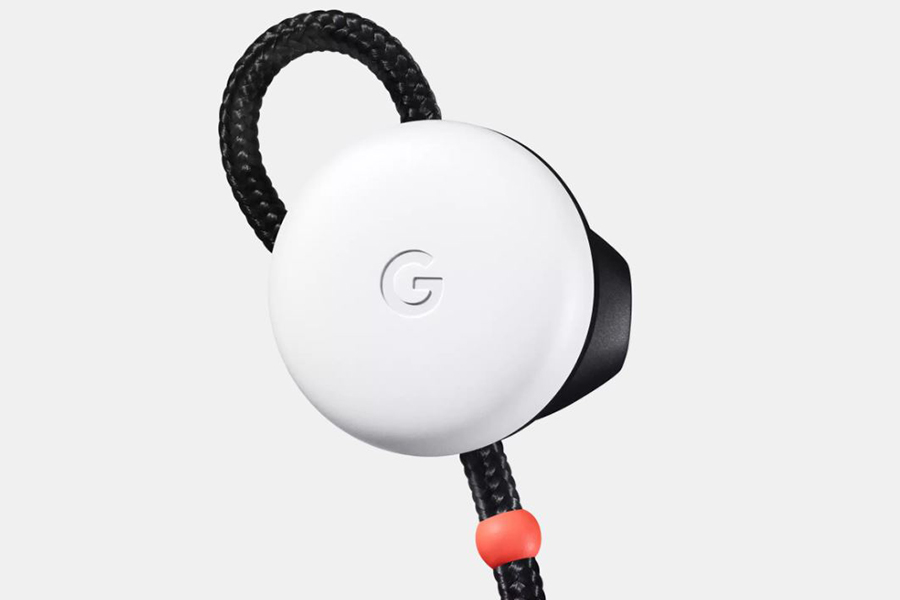 The headphones cost $149, on sale they will appear in the next month. Will be available several colors: Clearly White, Kinda Blue and Just Black.

Also at the event were presented a miniature camera Google Clips. Is a wireless smart camera that learns, and more specifically to catch the moments of a smile or the perfect conditions for a photo. This is due to the use of artificial intelligence, which eventually becomes only intelligent. 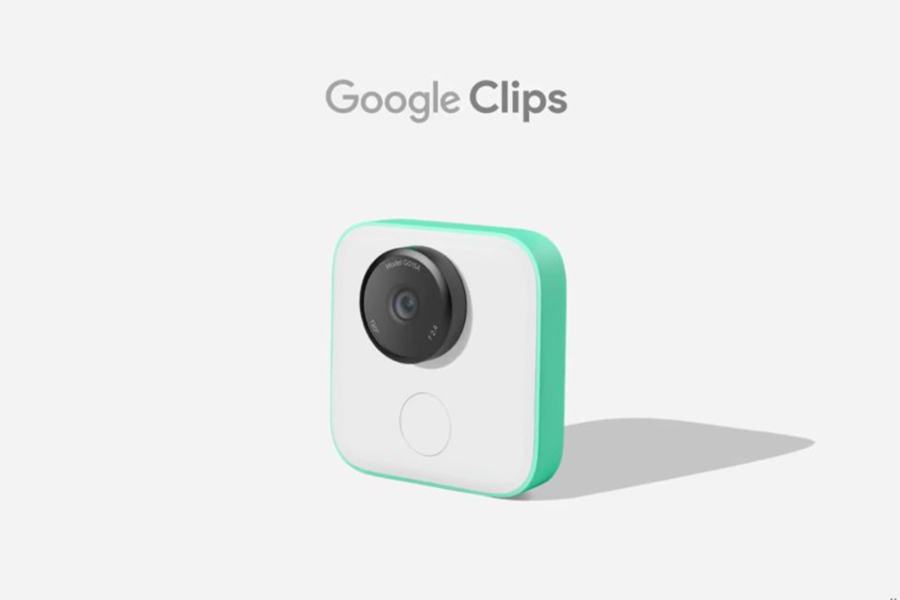 All. what you need is just to place the camera in a certain place and later to verify which the pictures and videos turned out in the end. All received materials are stored in Google Photos. If you need to get some pictures from the movie, this is not a problem. Of all the clips, thanks to special software, you can “pull” and keep the vivid pictures. The cost of the camera is $249. 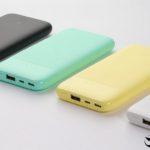