In the new issue of Insider: Oukitel K3 has a unique symmetrical design with four cameras; Meizu will release a flagship headphone; MediaTek Helio X30 is designed for gamers; Helium Xiaomi with Snapdragon 617 noticed in Geekbench.

Oukitel K3 has a unique symmetrical design with four cameras

The company Oukitel announced the release of smartphone Oukitel K3, which are not similar to any device manufacturer. Display and back cover Oukitel K3 have curved edges for maximum ergonomics and comfort. The front is located a 5.5-inch Full HD screen with LCD-matrix production Sharp, and the touchscreen from Asahi Glass.

A distinctive feature of the Oukitel K3 — the presence of four cameras, two in front and back. In each pair of cameras is the main module with a resolution of 13 megapixels and interpolated to 16 MP for better photo effect. Next to them, set auxiliary 2-Megapixel camera for the realization of various effects and improve the overall quality of the photo. In addition to the stated Oukitel K3 high performance and long battery life due to larger battery capacity, as in the family of smartphones Oukitel K. by the Way, right now on the website Oukitel is a special contest, in which invites all participants to guess the capacity of the battery Oukitel K3. The winner will receive a prize.

Meizu will release a flagship headphone

Over the years the company Meizu has released several models of headphones: EP20, EP-51 and top HD50. According to one of technologynow Weibo, Meizu is preparing once again to conquer the market of headphones new model, and not an ordinary model, and immediately the flagship version with advanced characteristics. 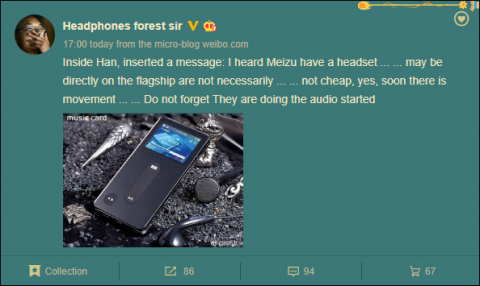 Unfortunately, the headphones have not been announced, although it is possible that they will present at the next event along with smartphones Meizu Pro 7 and Pro 7 Plus.

A few days ago, the premiere of the first smartphone with decategory MediaTek Helio X30 — Meizu Pro 7. Without waiting for a formal event, MediaTek revealed key features of its own processor, designating one of the segments of the target audience Pro 7. According to them, the processor core built on a 10-nm process and the chip itself supports fast RAM LPDDR4X. Supported fast memory UFS UFS 2.0 and 2.1, which is much faster in writing and reading data compared to the eMMC. Helio X30 works with a clock frequency of 2.5 GHz, supports dual camera and responsible for the graphics chip PowerVR 7XTP-MT4. 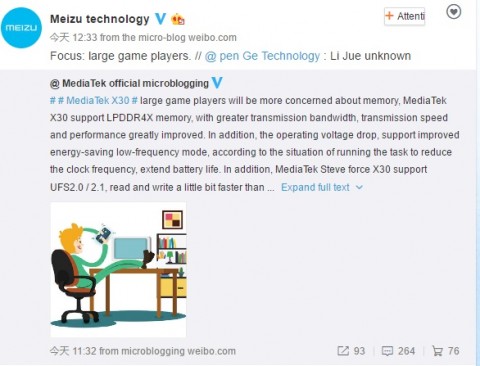 Meizu official page on Weibo did repost the entry with the characteristics of the chip, with the record that we are talking about focusing on the gamers. Probably about mobile gaming, it will be conducted and the announcement of Meizu Pro 7. 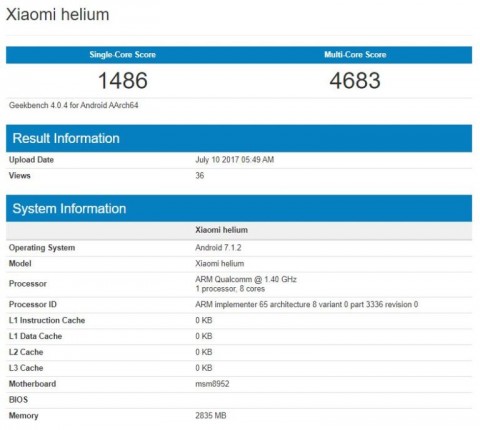 It is also known that Xiaomi Helium will get 3 GB of RAM. Other specifications were not disclosed, which somewhat complicates the identification of the apparatus. By the way, last year Xiaomi used the code names of Helium and Hydrogen for smartpeda Mi Max with different amounts of memory. It is not excluded that now we are talking about some new modification, for example, based on the new chip with 3 GB RAM and 32 GB ROM. Such a device will be significantly cheaper counterparts.

READ  Heir to the nova Huawei certified in China 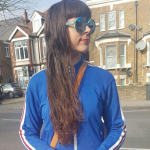 7 Movies You Can Actually Watch on Your Smartphone

HONOR MagicWatch 2 Review – A Step Away From Being Great 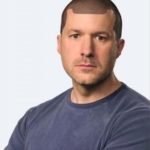 Work on iPhone X began during the iPhone 5