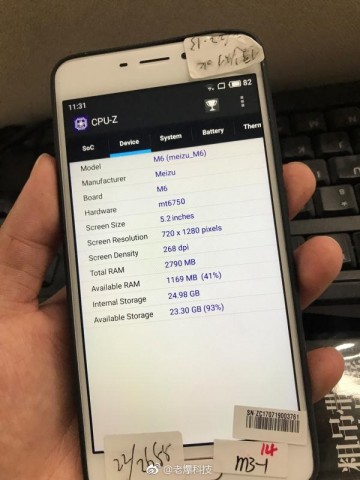 In the new issue of Insider: Meizu M6 can be almost a full copy of the M5; the flagship Elephone S9 will compete with the Samsung Galaxy S8; Vivo X20 Mars Edition will debut in a black case; the protected tablet Samsung Galaxy Tab 2 was Active in FCC; prepares frameless Leagoo smartphone, Bluboo S8 Plus and Bluboo S2 — new competitors Xiaomi Mi Mix 2.

Meizu M6 can be almost a full copy of the M5

An insider from the site Weibo under the name of Old Technology has published two photos of the upcoming smartphone Meizu M6. Thanks to running the utility CPU-Z found out that M6 is built on the basis of eight-processor MediaTek MT6750 has a 3 GB RAM and 32 GB ROM, 5.2-inch screen with a resolution of 1280×720 pixels. In the case of Meizu M5, on the market there were two versions — 2+16 3+32 GB RAM and ROM, respectively, so we can expect the Meizu M6 similar characteristics. In other words, we have two identical solutions. The differences between the two generations lies in appearance. 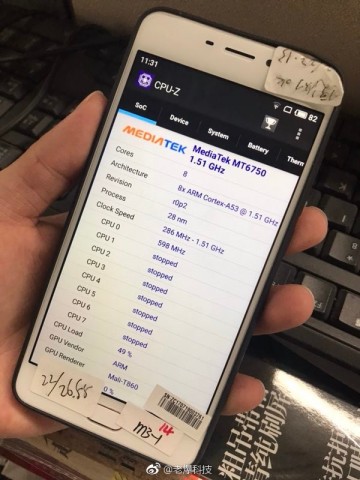 In M6 decided to abandon the black front panel and replaced it with white. A controversial decision, given the presence of frame around the screen. In addition, it became more of camera module is probably its characteristics will change somewhat. The case of the smartphone, according to rumors, made not of plastic but of metal. Date of announcement of the Meizu M6 is not reported, but could be held shortly after the release of Xiaomi Redmi Note 5A.

The flagship Elephone S9 will compete with the Samsung Galaxy S8

This week it became known that Elephone is developing a new smartphone based on high-performance Qualcomm Snapdragon processor and a curved display — Elephone S9. It is alleged that after the Samsung Galaxy S8 will be the first smartphone that will get the curved AMOLED screen with an aspect ratio of 18:9.

Detailed specifications will be announced later, but already now it is possible to predict the cost of the Elephone S9 — it will be about two times less than that of Samsung Galaxy S8.

Vivo X20 Mars Edition will debut in a black case

X20 Vivo, about which we wrote not so long ago, will officially launch September 21. The smartphone has a rather trivial design, however, today Vivo has revealed a few teasers, with Vivo X20 Mars Edition in black color.

Despite the presence of images an additional set of accessories, there is no certainty that Vivo X20 Mars Edition will be supplied in this form. However, the features should remain the same: Snapdragon 660, 6 GB of RAM, a 5.8-inch screen with a resolution of 2160х1080 pixels, dual camera and single front module, the resolution of each is 24 Megapixels. Is likely to unlock in the face, and the system response time will not exceed 0.1 s. the Capacity of the battery will be of 3,500 mAh.

Remember smartphone Samsung Galaxy S8 Active? It became known that Samsung plans to release a tablet in a similar form factor with impact-resistant housing, which will replace the original with the Snapdragon 400 and 1.5 GB of RAM.

READ  The citrus offers to pay for iPhone 7 red blood 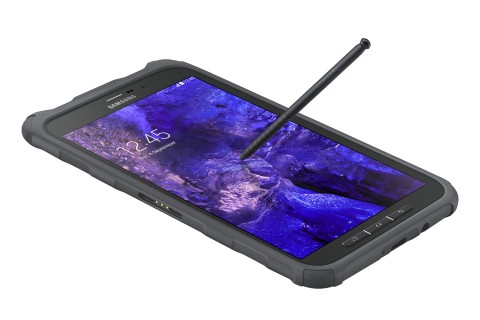 Unfortunately, reliable specifications of Galaxy Tab Active 2 not disclosed, however, due to the appearance of the device in the FCC aware of the existence of models with Wi-Fi (SM-T390) and LTE (SM-T395). Galaxy Tab Active 2 is expected in Europe and Latin America before the end of this year, however, the characteristics should be disclosed in the near future.

After the conclusion of a partnership agreement with Tottenham Hotspur, the company Leagoo announced themselves to the world and to establish a position in the market, intends to participate in the event MWCA, which will be held in San Francisco from 12 to 14 September. There will be presented a new edge-to-edge device with a 6-inch screen. 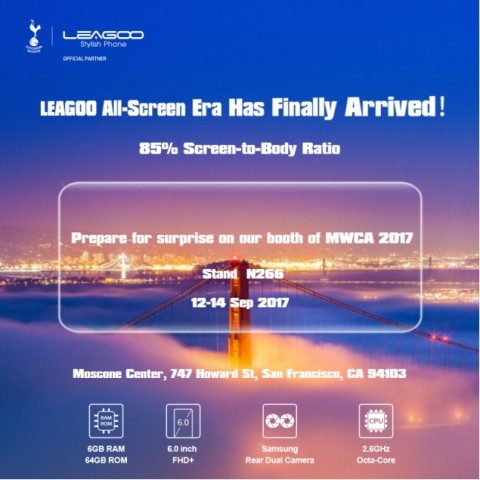 According to the message in Facebook, the smartphone has a screen with an aspect ratio of 18:9, Full HD+, OCTA-core processor with a clock frequency of 2.6 GHz, 6 GB RAM and 64 GB of internal memory. Samsung has supplied dual module camera for quality photography. Other details will be revealed in the near future.

The company has already submitted Bluboo frameless smartphone Bluboo S1 and S8 Bluboothat are available for purchase at very attractive prices. However, following the announcement of the flagship Xiaomi Mi Mix 2 Bluboo announced advanced solutions in the form of its own frameless devices. 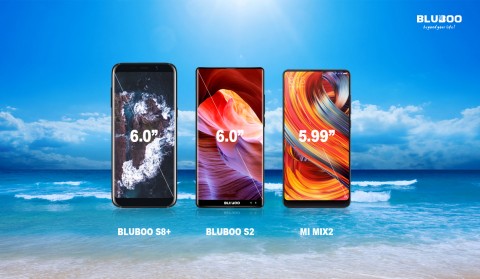 Bluboo S8 Plus uses a 6-inch HD display with an aspect ratio of 18:9 manufactured by Sharp. You should expect a bunch of 4 GB of RAM and 64 GB of internal memory. Responsible for the autonomy of the battery 3 600 mAh. Out of the box available a proprietary operating system 360 OS, proven in Bluboo S8. Details about the chip and the chambers are not disclosed.

Bluboo S2 comes with a 6-inch screen, the aspect ratio which is 18:9. The device includes dual front facing camera Sony IMX258 on 13 and 8 MP and rear — Sony IMX298 at 16 and 8 megapixels. The body has a built a highly sensitive optical fingerprint scanner, as currently the company is working on the implementation of dactyloscopy directly into the display. 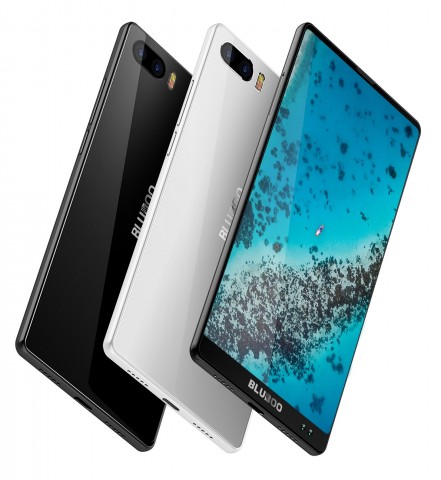 More details can be found on the official website of the company, however, we will keep you informed of developments. 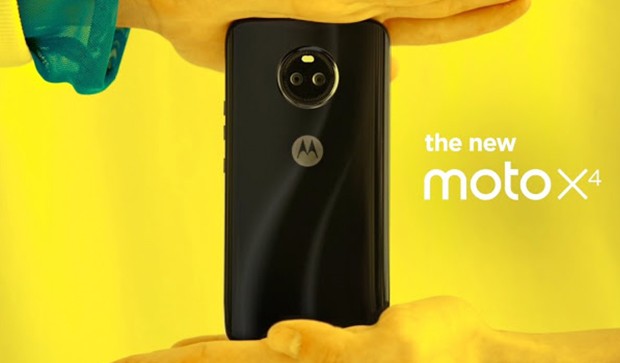 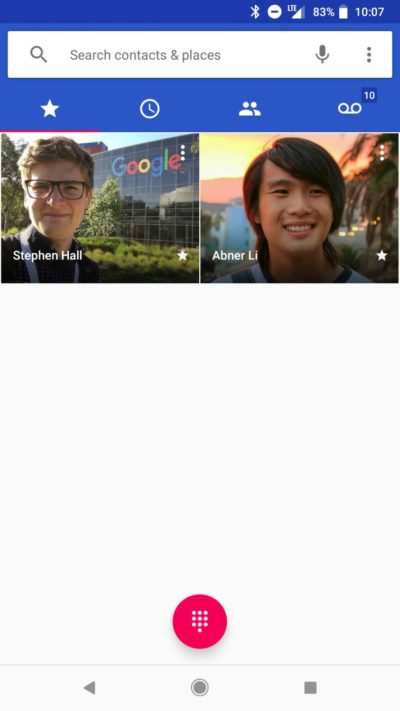 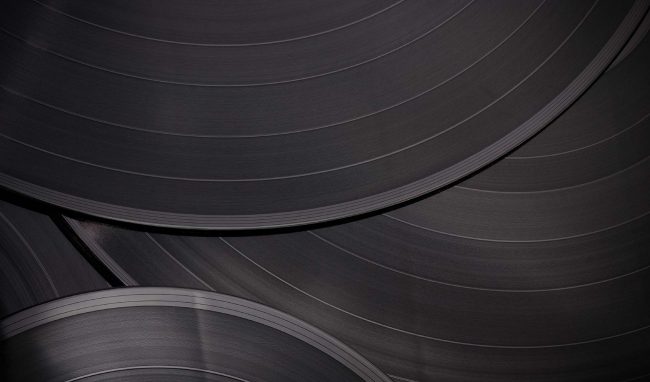 After 30-year hiatus, Sony has resumed production of vinyl records