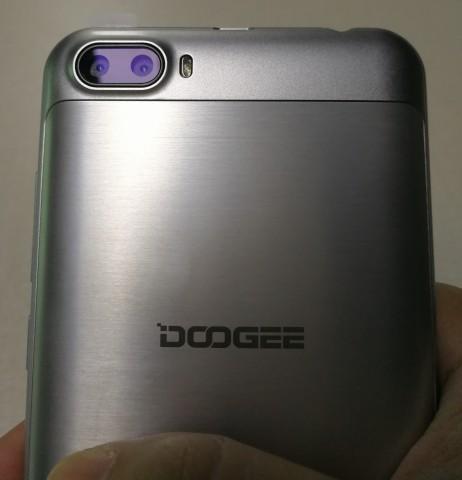 In the new issue of Insider: Doogee prepares the most affordable smartphone with dual camera and a fingerprint scanner; Samsung Galaxy S8 lit up in a new app company; red iPhone 7 and iPhone SE 128 GB will present next month, Gionee A1 appeared in Geekbench; Lenovo may show an updated version of G4 Play.

Last year the company introduced Doogee smartphone Shoot 1 with a double main camera. Inspired by the success and potential opportunities, Doogee this week hinted at the debut of the second generation of camera-phone Doogee Shoot 2.

It is known that Shoot 2 may be the most affordable smartphone with dual main camera, the picture quality will not concede to eminent brands. Camera for Doogee Shoot 2 was developed in conjunction with Huawei, while the main task was implementation of the blur effect background to create striking and unusual images – on a par with professional cameras. A unique feature of the Doogee Shoot 2 is dependent upon the work of two modules: the accidental closure of one of them does not affect the operation of the second camera. 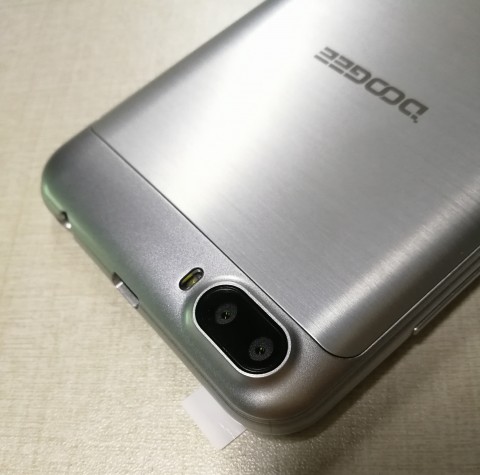 By the way, Shoot 2 will be able to do incredibly bright images with a wide viewing angle. The same applies to the front camera for selfie. At a resolution of 5 MP and a shooting angle of 88° each will be able to obtain incredible results in-portrait mode. High sensitivity to light will allow you to take photos even in low light conditions.

It is expected that the Doogee Shoot 2 will be presented on March 30.

Samsung Galaxy S8 lit up in the new app

A day ago, the network appeared the APK file of the application Secure Folder, which you can install and use on smartphones or Galaxy S7 Galaxy S7 Edge running Android 7.0 Nougat. Previously Secure Folder was supposed to be exclusive to the Note 7, but in connection with the known events these plans will not come true. Now the owners of Samsung flagships have received this very useful app: it allows you to hide from the prying eyes of media and applications is intended solely for private use. 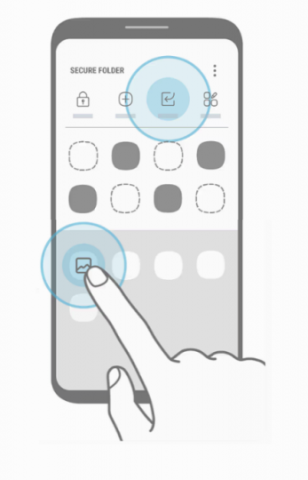 Feature of the app is the user guide, which is well marked schematic image of the Galaxy S8 with a thin frame around the screen. No technical details about the coming novelty, of course, not reproduced, and the image is shown only once, during the first run of the app on the Galaxy S7.

Download APK to install currently available only from third-party sources: official Google Play store or Galaxy Apps app is not yet available.

Red iPhone 7, the new tablets and iPhone SE 128 GB will present next month

This spring, Apple may hold a traditional March press event, during which announces a galaxy of new mobile devices. First of all we are talking about the long-awaited iPad tablet: affordable 9.7-inch iPad, a new version with a frameless display of 10.5 or 10.9 inch for education, the next generation iPad Pro with a 12.9-inch screen. In addition, the blog MacOtakara has published information on the continuation of the series the iPad Mini. The line will be converted to iPad Pro, but will retain the small screen of 7.9 inches. 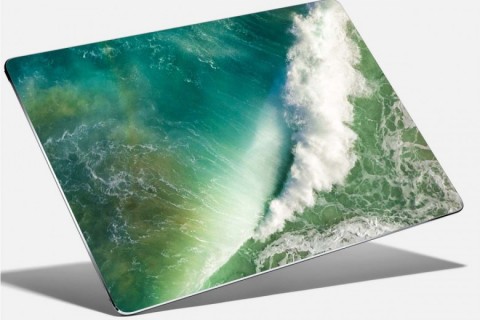 On sale all the tablets will arrive in March, except for the 10.5-inch edge-to-edge innovations – its shipments to retailers is not expected before may. All models will support work stylus Apple Pencil. However, in the kit it does not appear, and it continues to buy at a price of $99.99. 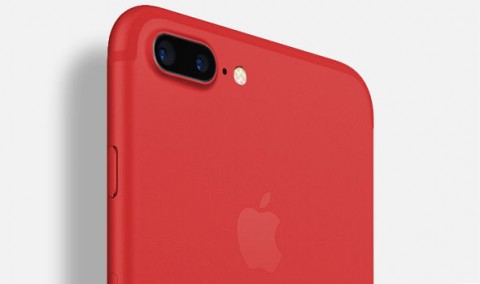 In addition to tablets, Apple will unveil the iPhone 7 and iPhone 7 Plus in the red version. Expands the range of iPhone SE: in addition to existing versions for 16 and 64 GB on sale will be the smartphone to 128 GB. The updates of other components should not wait.

Gionee A1 appeared in Geekbench

At the MWC 2017 Chinese brand Gionee introduced a new line A with representatives of the A1 and A1 Plus. New day ago appeared in the database benchmark Geekbench synthetic, which helped to assess the computational power of the smartphone. Apparently, inside there is an OCTA-core processor, 4GB of RAM and preinstalled operating system is Android 7.0 Nougat. 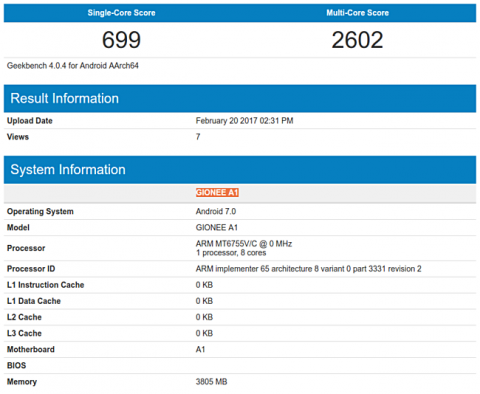 The smartphone dials 699 points in single-core mode and 2 602 points in all loaded kernels of a chipset. Earlier it was reported that Gionee A1 can get a 5.5-inch Full HD screen, 64 GB internal memory, camera 13 and 16 Megapixel, backside fingerprint scanner, capacious battery 4 010 mAh and the charger is 18 watts.

Lenovo may show an updated version of G4 Play

In the network appeared a few fresh photos of the upcoming smartphone Moto G5. They do not reveal new details about the design of the apparatus, but reaffirm its design and the availability of preinstalled Android 7.0 Nougat.

In addition, Moto G5 appeared in the benchmark Geekbench with Snapdragon processor 430. Probably talking about an updated version of last year’s Moto G4 Play with a chip Snapdragon 410. Moto G5 from Geekbench 7.0 runs on Android, has 2GB of RAM and a processor with a clock frequency of 1.4 GHz. He is gaining 594 350 and 2 points in different load conditions. 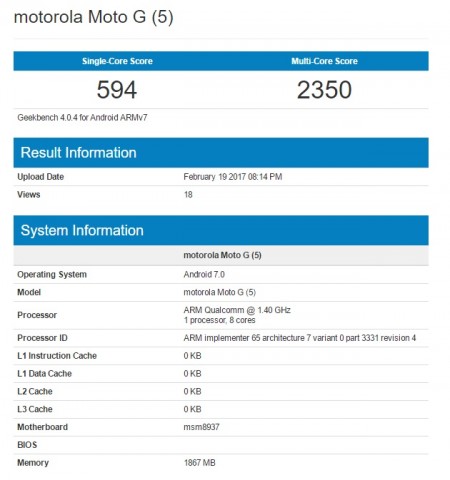 The whole line of Moto G5 will present at the MWC on February 26. 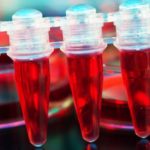 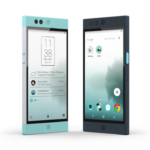 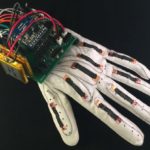 Created an inexpensive glove that converts sign language to text