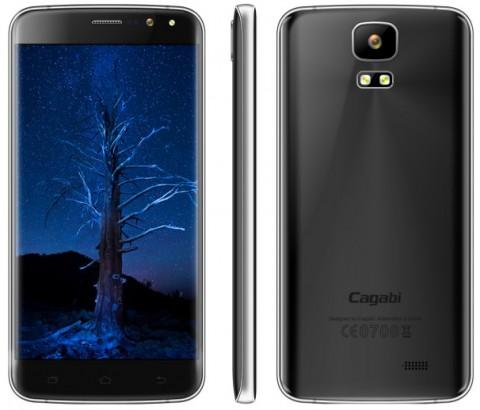 The network for the last 24 hours: Cagabi will introduce two new smartphones under their own brand; the network appeared “live” photos of Samsung Galaxy S8 Plus; Withings will join the Global HMD event in Barcelona; column Harman/Kardon assistant Cortana is certified; Apple Watch Series 3 will use a new type of screen; Ulefone Power 2 will be equipped with 4 GB of RAM and a capacious battery; Xiaomi will introduce two versions of the Pinecone processor at the MWC.

Cagabi will present spring two smartphones under its own brand

This spring, the market will be two smartphones from the new smartphone manufacturer Cagabi. New items will debut in March and April under the title Cagabi Cagabi One and Two. The latter will feature curved sides of the display and back panel made of glass.

Cagabi One will be the entry-level smartphone with an ergonomic design and nice price. 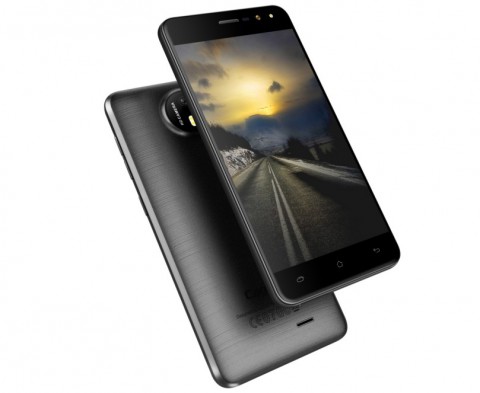 In the first half of 2017, the company Ulefone will present three novelties, among which is Autonomous sequel to the popular smartphone Ulefone Power with battery 6 050 mAh. The sequel will be called Ulefone Power 2, and inside will be installed the same battery with more energy-efficient computing platform. For the production of batteries for the new Sony responds, but because the battery is equipped with a new generation of energy cells and have a more stable energy output and long life. 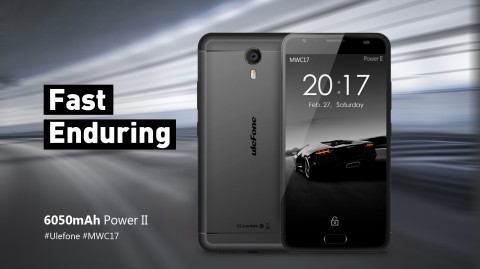 Ulefone Power 2 will get 4 GB of RAM and 64 GB of internal storage. Physical Home button below the display will be installed fingerprint scanner. The casing is made of metal. Processor model not reported.

The device will present in Barcelona with Ulefone Gemini Pro Armor 2.

In the network appeared a lot of “live” photos of Samsung Galaxy S8 Plus in the hands of ordinary users. It is noteworthy that smartphones are working – one of them even launched the game. However, due to non-standard aspect ratio, the app doesn’t fully fit the screen and leaves black bars at the top and bottom of the screen. This confirms the assumption that the number of games or applications may need revision.

On the back cover of the smartphone there is a marking in the form of the number “6”, which hints at a diagonal: 6 or 6.2 inches. By the way, the same figure was given the name of each Galaxy A and J, which came with a preinstalled operating system Android 6.0 Marshmallow. It is known that the Galaxy S8 Plus and S8 make their debut on Android Nougat. 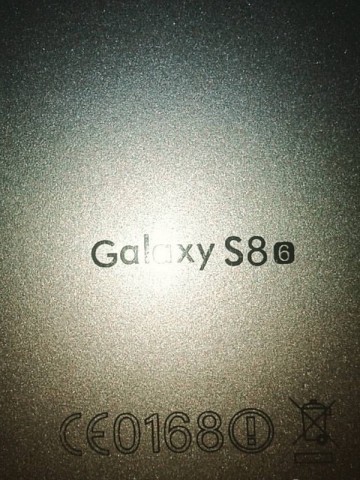 Another source published a picture where you compare the regular version with a 5.8-inch screen and the Plus model. According to him, the last diagonal is 6.2 inches. Both devices have the active function is Always On Display with a virtual Home button, which is designed to activate the display when you touch it. 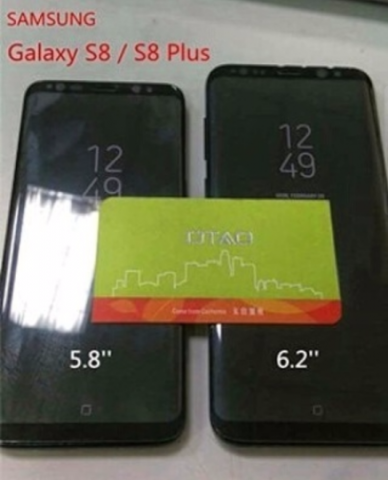 The cost of new products is still not reported.

Withings will join the Global HMD event in Barcelona

The French company Whitings, which last year acquired Nokia, has announced that it will join the Global HMD event at MWC February 26, 2017. Unfortunately, there is no information about the plans Withings, except one teaser. 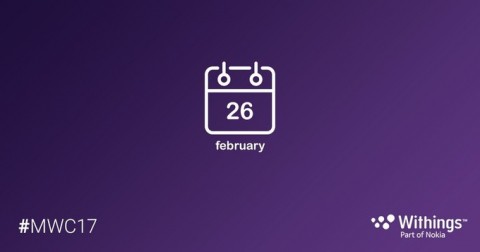 Withings is known thanks to wearable medical devices can communicate with other gadgets. Also, the brand has been producing smart watches. The most notable products – Activité Sapphire 2014, as well as the Activité and the Activité Pop Steel 2015.

Google Home, and Amazon Echo will soon face a new attempt by Microsoft to take market voice assistants. In WFA certified column Harman/Kardon with integrated personal assistant Cortana. Many expected this device at CES 2017, however the premiere did not take place. Perhaps, the gadget will present next week in Barcelona. Interestingly, the device runs on Linux 3.8.13. Declared support for Wi-Fi bi. 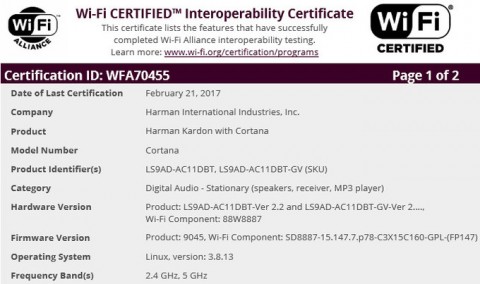 Despite the fact that the release of the new version of “smart” watches Apple Watch Series 3 yet unknown, the publication DigiTimes and 9to5Mac shared some rumors about the development hours. It is reported that the company TPK, which produces displays for Apple Watch, can minimize production. The exact cause was not reported, however a number of resources refers to the high cost of production of Touch On Lens panels when the digitizer is combined with the matrix. Instead, the Apple Watch Series 3 can be used to screen Glass-Film. 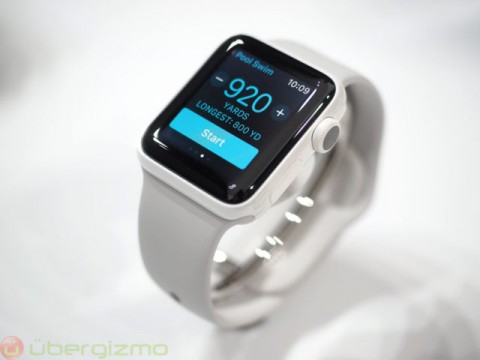 How will this affect the consumer properties is still unknown, although it is possible that eventually Apple will choose a different solution. Other features of Apple Watch were not disclosed, but the rumors (for example, LTE module) seem to be too incredible.

Analysts from China have shed light on the mysterious Pinecone processor Xiaomi, which is developed by the vendor. Still about the new product went the most different rumors, but 5 days before the event, the network appeared the first details. In particular, it is argued that SoC is built on 8 cores with integrated LTE Cat.6. Unlike the first predictions, now it is believed that Pinecone is not aimed at the budget market and the mid-price segment, which is now dominated by the Snapdragon 625 and Helio P10. 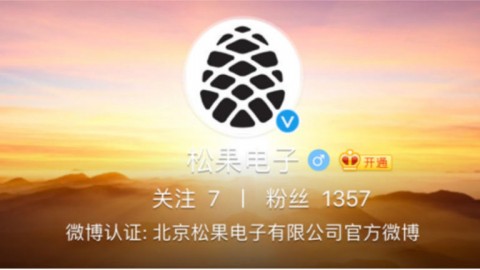 Xiaomi Pinecone will be released in two versions: V670 and V970. In V670 are four productive core Cortex-A53 and four energy-efficient Cortex A-53. The difference between them obviously is speed. For the schedule meets the Mali-T860 MP4 with a clock frequency of 800 MHz. The processor will be built on the 28 nm process. About the chipset V970 information, unfortunately, no.

We hope to get all the details about new Xiaomi February 28.

At ENEA robot making pancakes (video)
“A storehouse of planets”: the results of the emergency press conference

Unleashing The Darkness and Other New ‘Nioh 2’ Features