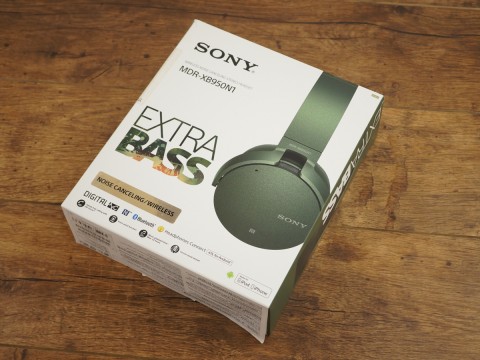 Modern headphones sometimes want to call the gadgets, so they moved away from the classical scheme “wire with a pair of speakers on the end.” Now users crave wireless freedom and are willing to pay for a new experience. Many are also important striking design and sharp modern music. It is for these young technocrats, was released on Sony MDR-XB950N1 system active noise cancellation, NFC and an impressive battery life.

Cardboard box impressive size holds earphone, cloth pouch, AUX cable for wired connection and USB cord for charging. Of course, I would like to see included hard protective carrying case and an airplane adapter, but you can live without them. 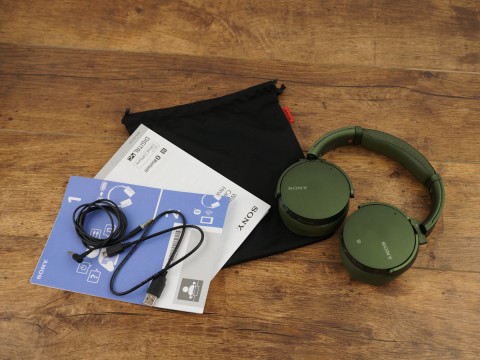 Design the headphone is designed in the usual Sony minimalism: a simple combination of shapes and textures, no unnecessary elements. There are black and green colors, the latter is very rich and nice refreshing utilitarian look of the model. 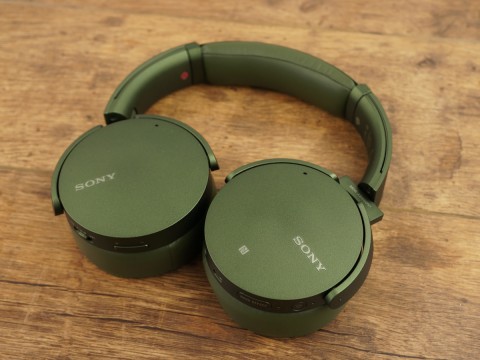 Engraving buttons and NFC tag clearly visible on the General background, and to the location of the controls used in the first hours of use. 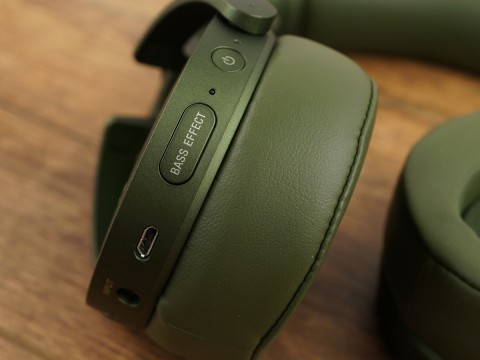 The foldaway design, the cups rotate in two directions. The flexible headband is made of metal, the other plastic elements. Despite that, the headphones seem sturdy and reliable, the quality of workmanship is not questioned. Plump ear cushions made of leather, felt soft and is also of good quality, so headphones are not tiring when used for extended periods. 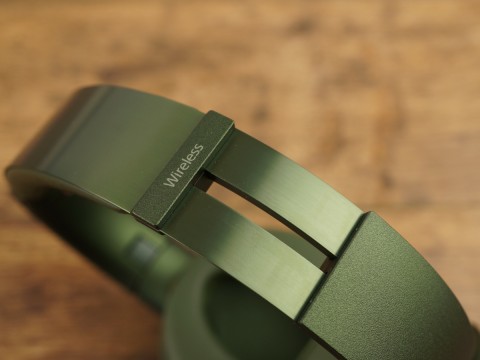 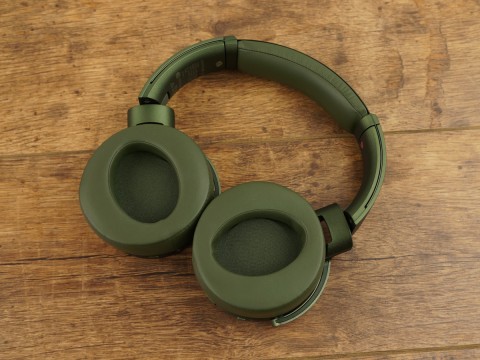 On the left Cup has an NFC chip that facilitates pairing with devices. Low LED indicators and power button, active noise cancellation and bass boost. Of the connectors here the 3.5 mm input to connect the headphone cable and micro-USB for charging. 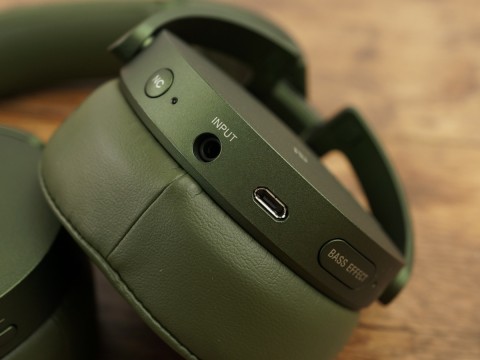 The bottom right Cup is located the volume rocker and a remote control tracks and calls. 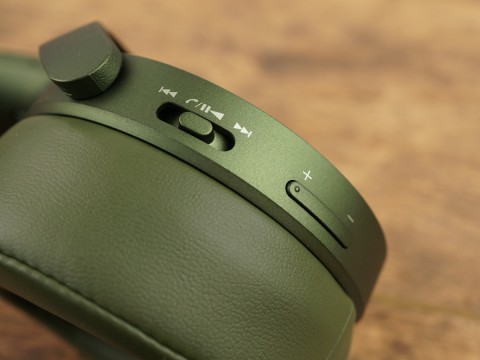 On top of both cups, there are holes microphones. With their help, the active noise control detects the external noise and then suppresses them by a signal in antiphase. It really suppresses low frequency hum, for example, the rumble of trains in the subway, and is able to completely drown out the sound of the rain, but behaves strangely with the wind, reminding them sound right in my ears. 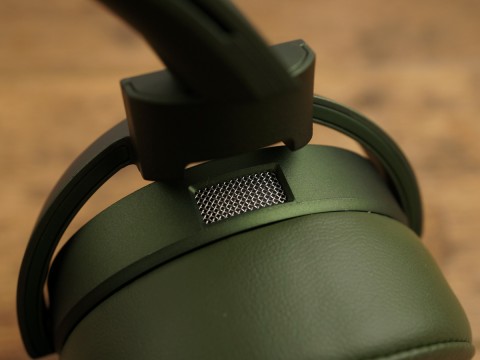 The manufacturer claims the battery life to 22 hours with the included noise cancelling and not cheating headphones do not ask to charge for several days of active use. The downside was the charging time to seven hours, by today’s standards very much. By the way, if the battery is completely drained, you can continue listening with the cable. 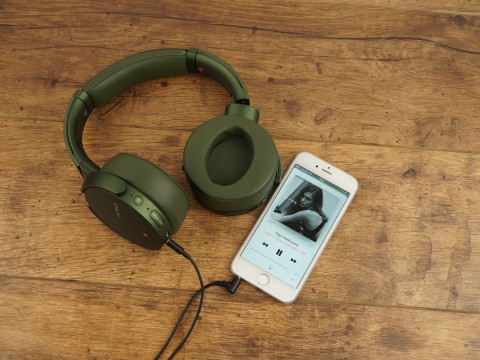 Sony MDR-XB950N1 can work in both wired and wireless modes. At the audition as sound sources were used X10 player xDuoo DAC AK4490EQ and the HTC One E8 with aptX support.

The first thing you notice is the constant work of the built-in equalizer with included headphones. It is aimed primarily at equalization the tonal balance off the headphones have a frequency response blockage in the mid and high frequencies. When you turn on the headset treble become more noticeable, and the flow becomes a typical V-shaped character. Equalization is always on and off only when power is off. Accordingly, if listening to music with the power off, for example, via the cable, the equalizer will not work. 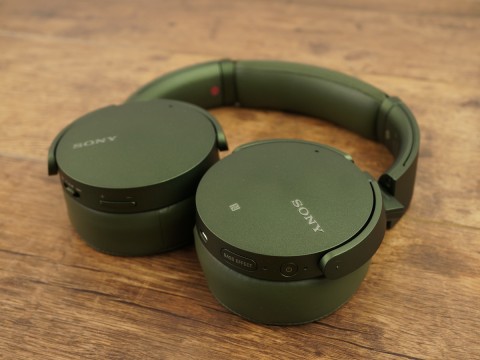 The sound corresponds to the maximum term EXTRABASS mentioned in the model name: nijnecheljustny range is highlighted and has a long attenuation. Due to the quantitative dominance, bass is often blurred, poor on detail and makes a noticeable distortion in the sound of instruments such as drums and bass guitar. However, the tracks where originally laid droning bass (e.g., cloud-rap), a presentation of lower frequencies creates a very powerful effect.

MIDs procjeni level, voice and most instruments sound quieter than you would like. This creates the effect of a large volume, like singers and musicians, shares a significant distance. Closer to the upper range of the middle frequency the frequency response rises, and it does not allow the middle to be completely buried under the dominant bass. 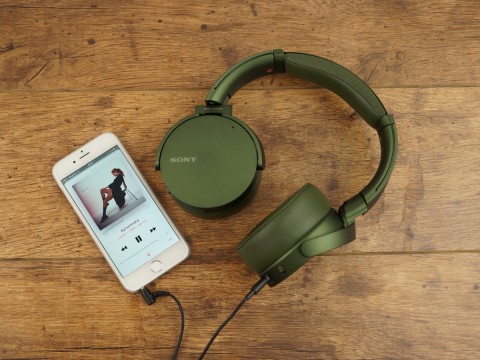 Treble bass balance amount (provided that the headphones are turned on, and the equalization works). It should be noted that the sharp sibilance in MDR-XB950N1 do not exist in virtually any volume, so the sound is always comfortable and not tiring sarcastic on horseback. In this case, the control of high frequency can not boast, cymbals and percussion crumble.

Headphones support the aptX technology that allows you to send music uncompressed formats. However, the nature of their sound eliminates the difference between FLAC and MP3, as the model does not focus on the details and nuances of sound. On the other hand, MDR-XB950N1 a good filter flaws in poor quality recordings and undemanding to the source. 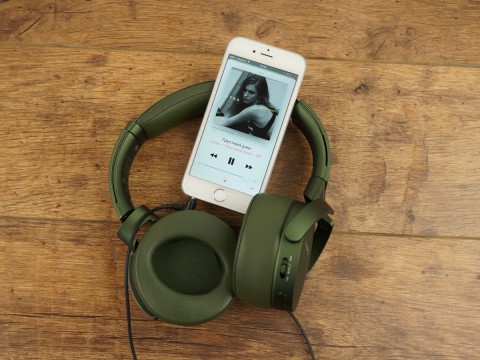 Special delight model may cause fans of rap, trap and modern electronic music with low tempo. And the bass boost function allows you to get an incredibly powerful and “pumped” sound that would normally expect to hear from a speaker system with dedicated subwoofer.

For easy interaction with the headphones Sony has released the Sony Headphones Connect to iOS and Android. The program allows you to enable or disable noise reduction, to adjust the surround effects and the amount headphones bass. The bass preset is activated when you press the button for Bass Effect. The feature will appeal to those who find the headphones sounding overly bass — it allows you to reduce the amount of bass, and it corrects the situation in many genres, much bass spoils the overall sound picture. 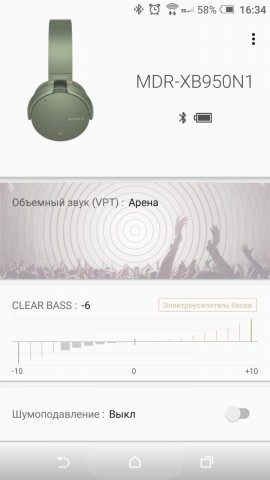 The surround effects are represented by four presets: “arena”, “Club”, “Open stage” and “Concert hall”. But the sound headphone volume initially, but these effects only introduce distortions, as recreated by failures in one area or another the frequency response.

Sony MDR-XB950N1 — the most functional headphones designed for those users who value freedom from wires and want to enjoy your favorite music in any setting. They were by no means genre-versatile because of the objective shortcomings of the sound, they are focused on the kind of music preferred by the target audience. Beyond that headphones offer interesting design and great autonomy. So there will be nothing surprising in the fact that even at a price of 17,990 rubles they will find a buyer. Not to mention the fact that on eBay this model sell for less than ten thousand. 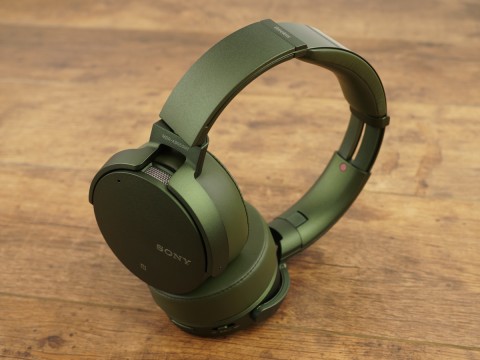 Darker than black: Vantablack — the material of the future 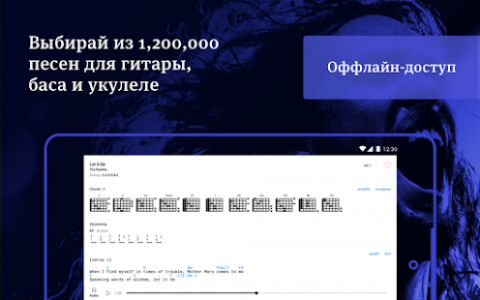 Discounts on apps and games for Android 24 Mar 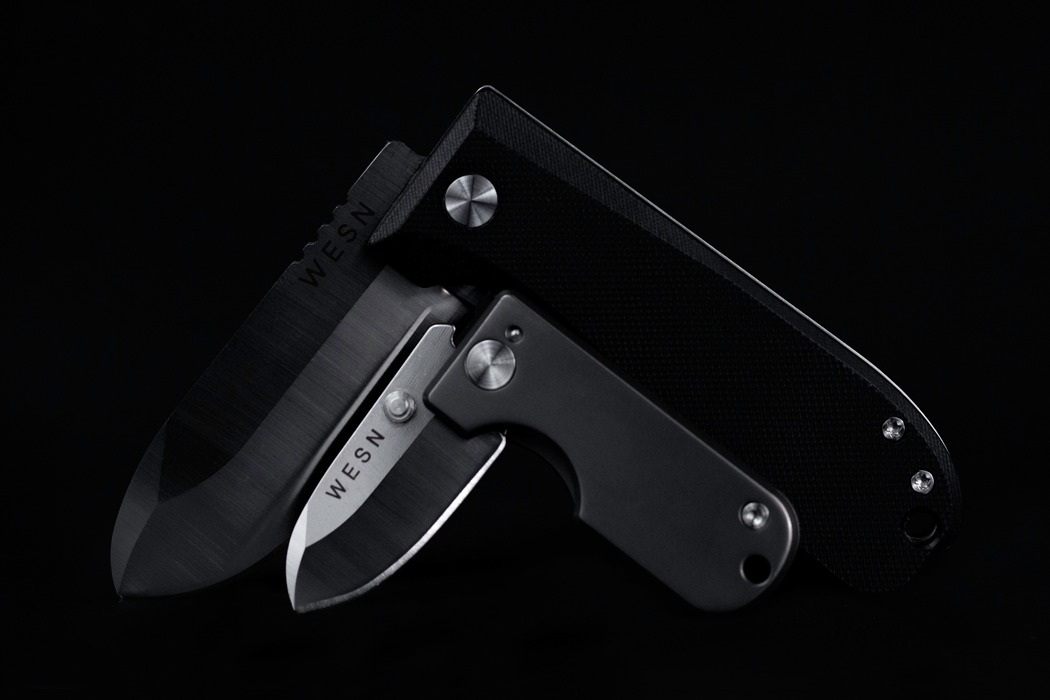 The WESN Allman knife is a purebred modern classic