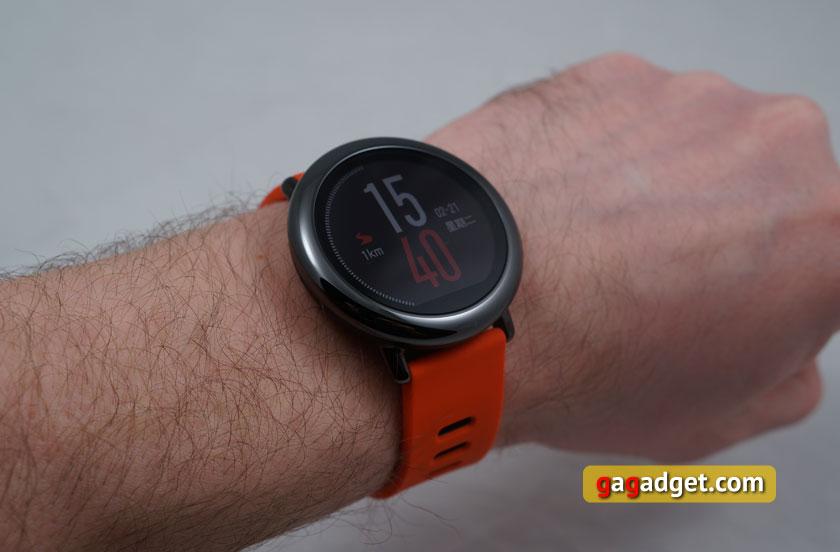 The editors thank the online store Mi.ua for kindly providing the review watch

Chinese manufacturers quickly establish the production of new gadgets and if smartphones are all pretty good and there are manufacturers (including Xiaomi), which produce models that are already quite compete with the flagships A-brands. Chinese smart watch is also missing, but the situation is slightly more complicated: make intelligent hardware can already do and that’s part ON a faily regular. As you know, Xiaomi has partnered with many manufacturers for the production of various devices. One such partnership is Huami, which had previously released a “smart” bracelet Amazfit Moon Beam, and in the fall of last year and smart watches Amazfit Smartwatch, which we have in the office. Already on sale there was an international version called the Pace.

Amazfit Smartwatch — smart watch with a round, touchscreen display, metal enclosed, heart rate sensor, GPS module and protection against dust and moisture according to IP67 standard.

What’s in the box? 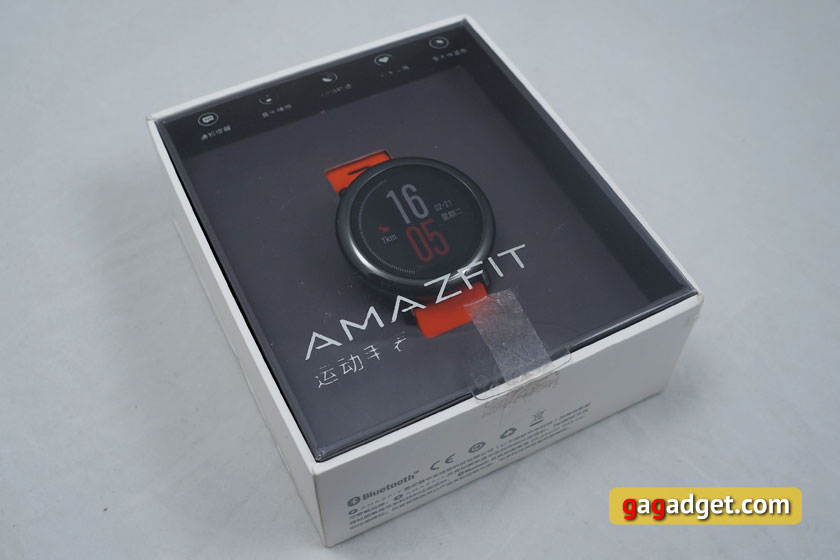 Clocks come in a small cardboard box with a plastic transparent cover, through which you can watch live on Amazfit Smartwatch without opening the packaging. The set is simple and concise: the watch, charging cradle, MicroUSB cable and a small instruction: 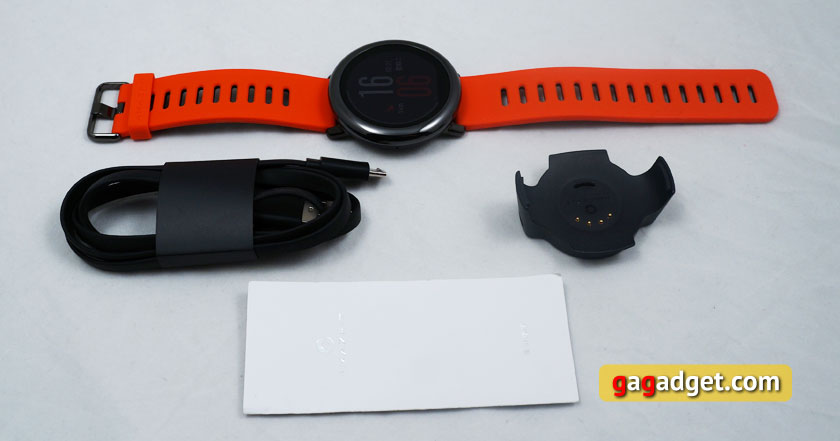 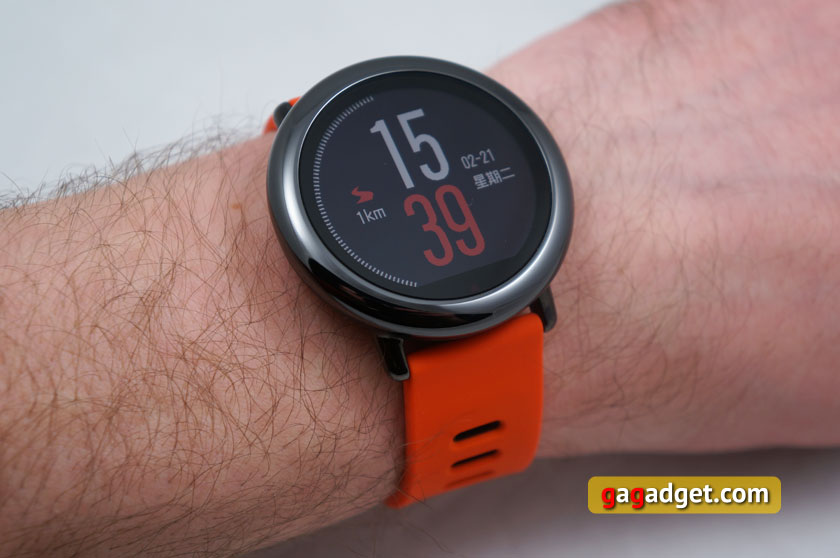 First and foremost, Amazfit Smartwatch is positioned as a gadget for active lifestyle. He looks appropriately: minimalist round case with ceramic rim. Most of the front panel holds the touch screen of circular shape with cut bottom piece, like the MOTO 360. We’ll talk about it separately. In this cropped part is a light sensor. The screen is covered with protective Gorilla glass with oleophobic coating: 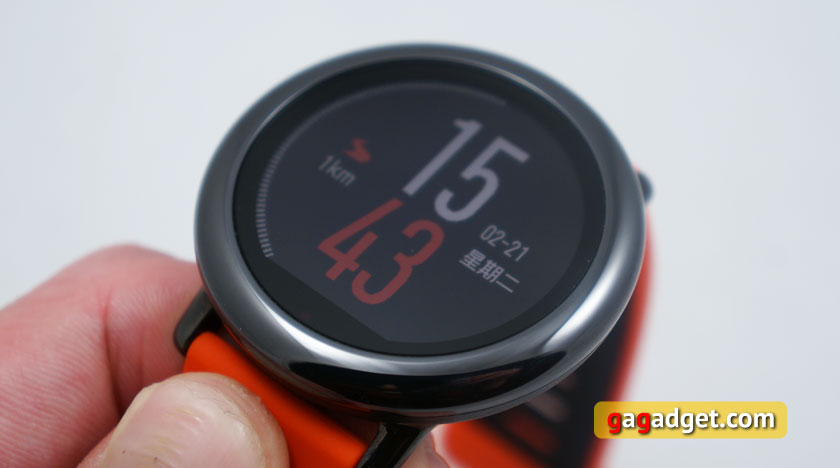 The supplied strap is made from hypoallergenic silicone orange outside and black interior. Sold and option black color (with orange inside). The strap is soft and comfortable, and the holes are made close to each other, which allows to precisely adjust the size. The clasp is metal and has usual hours design: 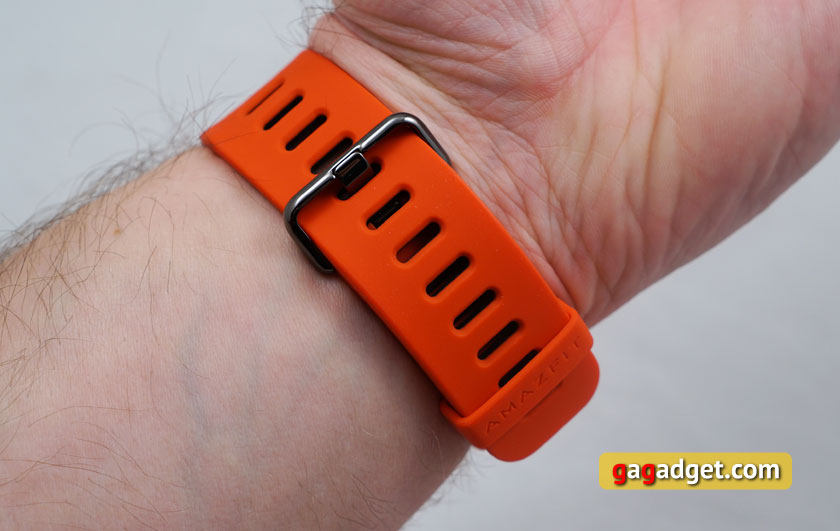 The back of the watch case is made of matte black polycarbonate, it sports an optical heart rate monitor has four contacts for charging the watch and all technical markings: 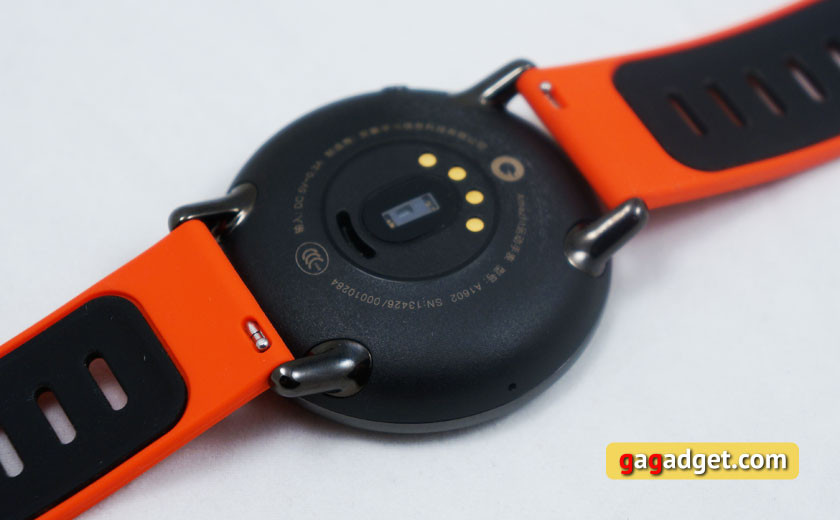 The only mechanical button is at the top of the right end of hours, it’s small and not too obtrusive. To find it does not always work, but saves the activation screen by double click/show of hands: 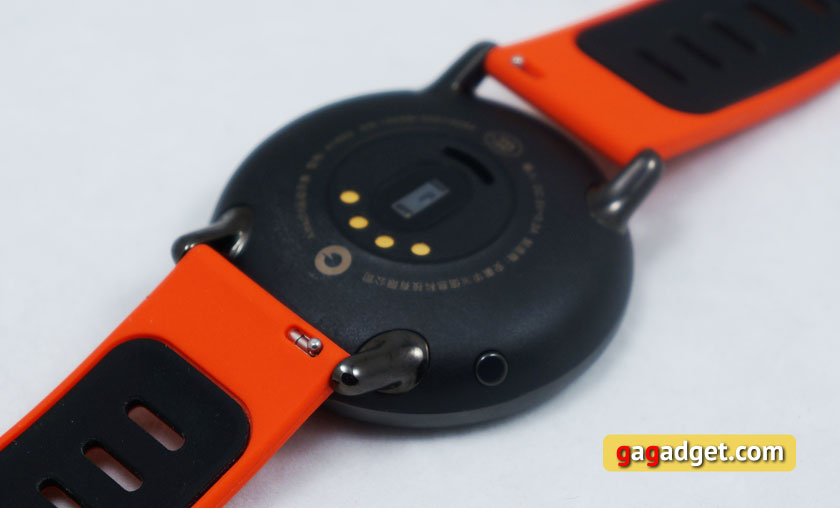 The strap has a standard size mounts 22mm and can be replaced by another (in the vast Chinese online stores have different options, including metal). Attached strap with latches on springs: 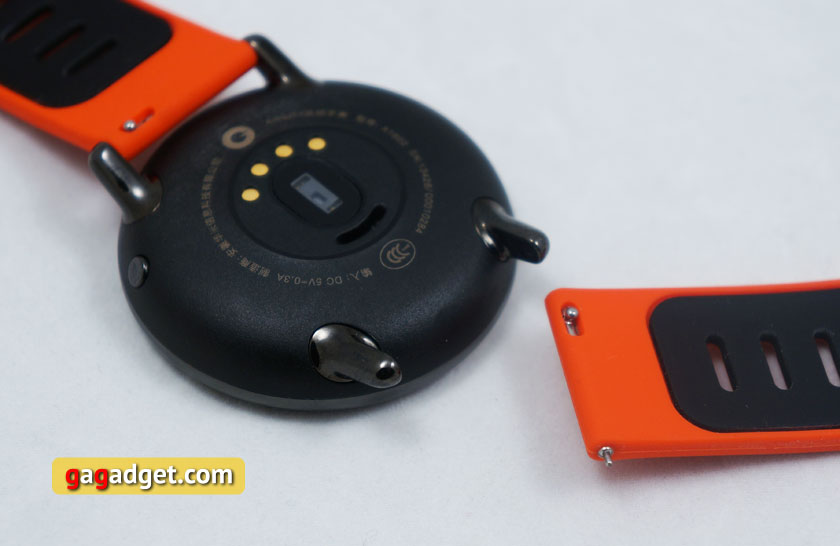 Body relatively small (diameter 46 mm) and lightweight, so perfect and the girls. Look Amazfit Smartwatch is interesting, it creates a very legitimate impression of a quality device. Under a classic suit in the orange option will not work. Black, I think, would be best. The watch is protected against dust and moisture according to IP67 standard, which means protection from temporary immersion to depth of 1 meter. Swimming with them is not worth it, but rain on the gadget does not “die”.

What’s with the screen?

Watch is equipped with a colour touch display with a diagonal of 1.34 inches and a resolution of 320х300 (part of the “biting” cut piece). Uses a transflective LCD display, such as those that Sony installs in their “smart” watches. A feature of such screens is that they are not only highlighted, but also reflect light, allowing them to remain readable in the sun, almost not using my own lighting. The screen backlight is very weak and in some situations it is simply not enough. In comparison with most modern “smart” watches, which use a bright AMOLED or IPS displays, the picture on Amazfit Smartwatch will seem incredibly dull, and viewing angles when the backlight is sad. But the screen displays the desired information (permanently, as it is now called, Always-on display) and saves battery power. 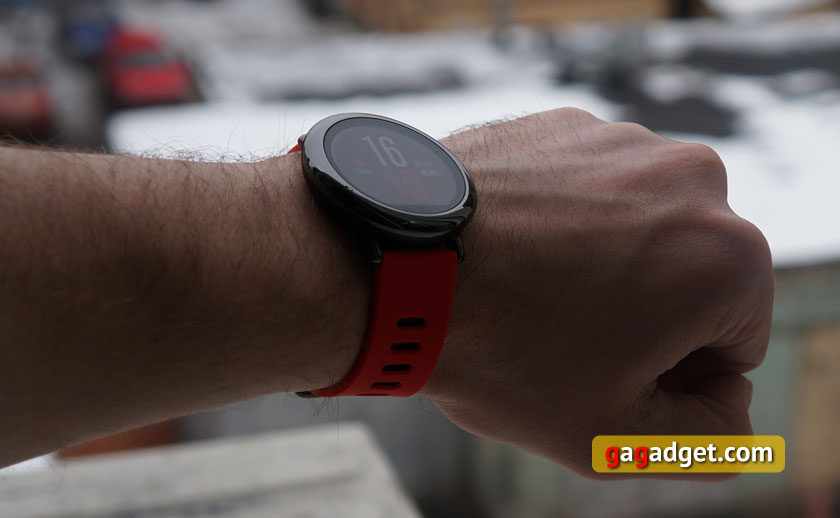 What with the hardware and battery life?

Formally installed inside Amazfit Smartwatch dual core CPU at 1.2 GHz, 512 MB RAM and 4 GB built-in, approx half of which can score music and background pictures. Why formally? Because the clock operates on its own closed version of Android (or Android Wear, a clear opinion on the matter there). While working without lags and brakes, as will subsequent updates (updates Chinese firmware come out very often) it is difficult to judge. There are modules Bluetooth, Wi-Fi, GPS+GLONASS, sensor heart rate measurement and electronic compass. Powered gadget from the battery at 280 mAh. Watch working up to 5 hours in “quiet” mode (alert and walking around town), 3-4 in sports training (running, Biking, and so on) and is dramatically reduced with active use of GPS and/or music player.

What can Amazfit Smartwatch?

First a few words about the firmware, localization, and that’s it that’s all. Initially, watches were only available in China with the relevant IOS and the lack of any language except Chinese model (A1602). Mobile application for smartphones was transferred pretty quickly, the clock interface no. Many users become accustomed to the nuance and simply memorized the menu structure. Now came the international version A1612 (Pace), it has an English interface. Craftsmen have found the possibility to flash the Chinese version to the international (terms of hardware they are identical), partially or completely set to English/Russian languages. I deepen this issue will not, for this is the corresponding thread on 4PDA, especially because there is a risk to “brick”. I limited myself to some simple manipulations to partial anglification interface.

Let us turn to the possibilities hours. Control is both horizontal and vertical swipe. The main screen, dial displays the hours and different additional information depending on the selected option:

Swipe from the top down, you can go to a submenu with weather, battery, switch the mode to cinema and device settings:

In the settings is possible to adjust the strength of vibration, the display, wireless modules, reset the settings, upgrade the device to search the connected phone and so on:

Swipe left to right from the main screen opens the tab with the running workouts, browsing activity and personal achievements. Initially the modes were not enough, now is already running, treadmill, walking, Cycling, stationary bike and cross-country running:

To view notifications you need to hold upwards on the home screen. Cyrillic characters are displayed appropriately: 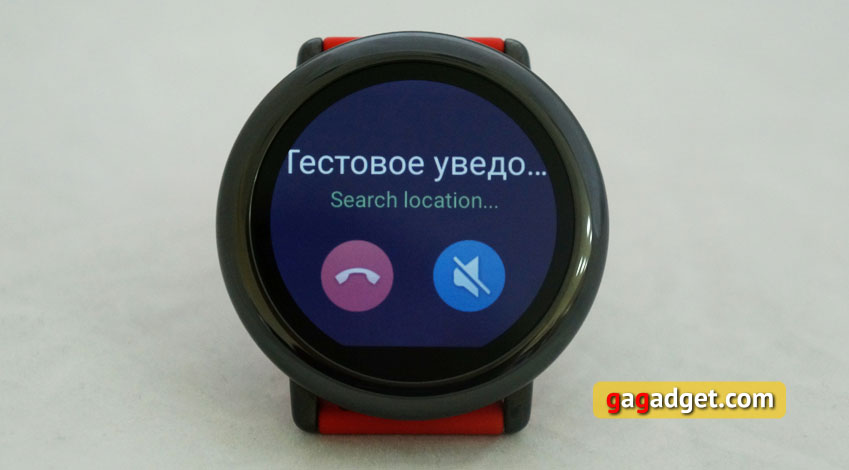 To the right of the main screen is a bunch of functional tabs. The information about the passed steps, the ratio of active and inactive time statistics. Subjectively, it seems that the count steps accurately:

Hereinafter, pulse measurement, graph statistics and log measurements. Again, had a subjective impression that the heart rate is measured with good accuracy:

The next tab is a music player. It can play music to Bluetooth headphones from the internal memory or download from network selection (Watercress FM). Surprised by the lack of the ability to control the player smartphone: 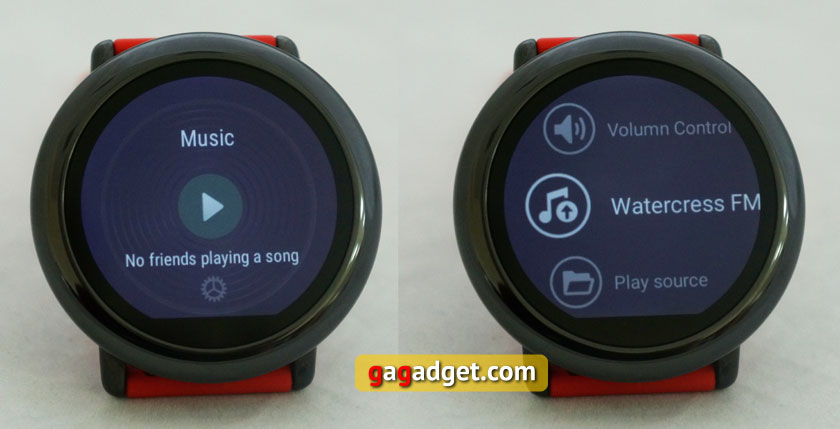 Watch support Ali Pay, but this is true only for China: 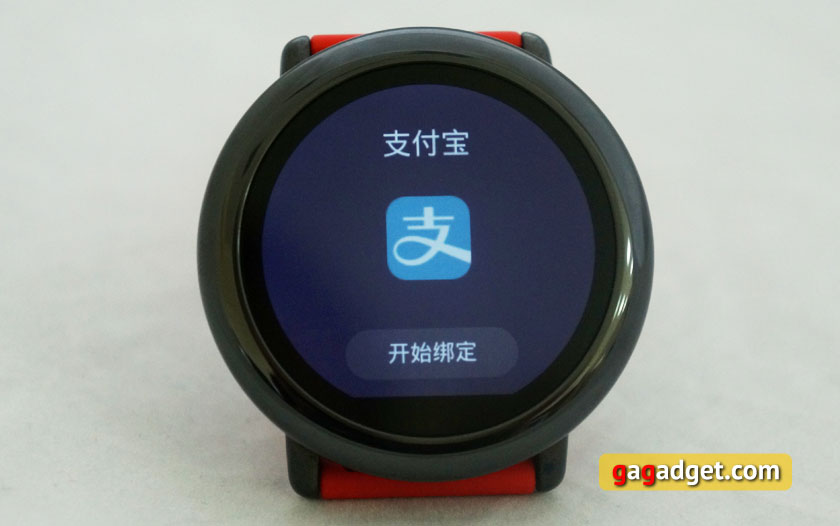 Has a private alarm that can be set once, or repeat on specific days: 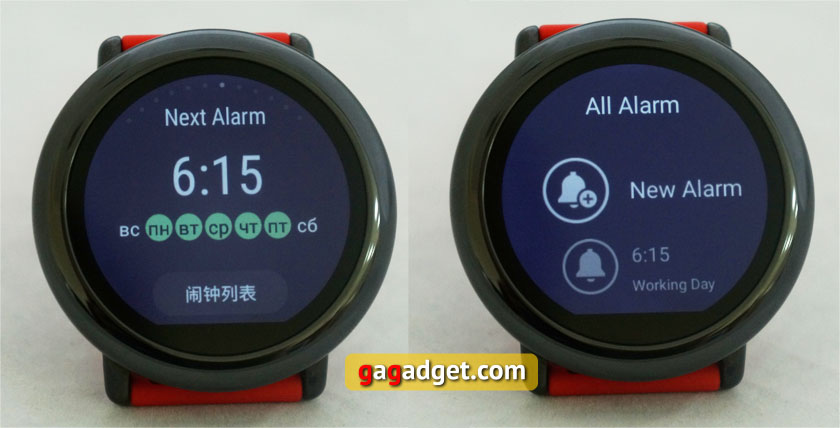 The next tab is the weather forecast for the next few days: 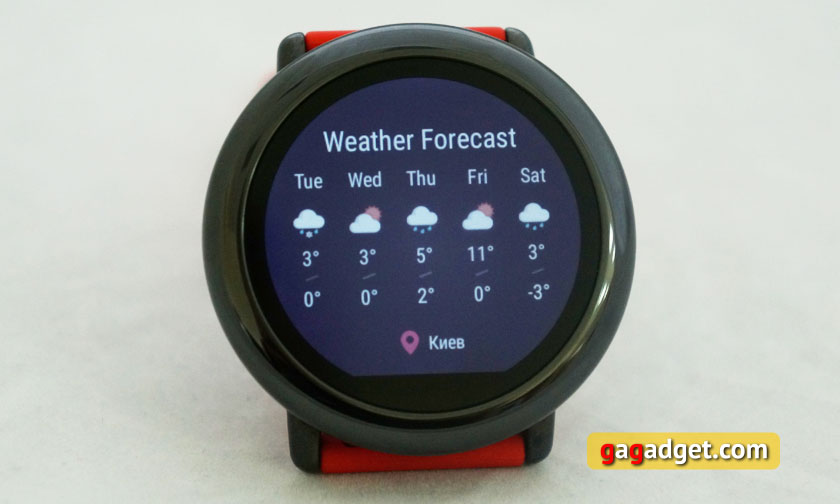 There is a digital compass, barometer and altimeter: 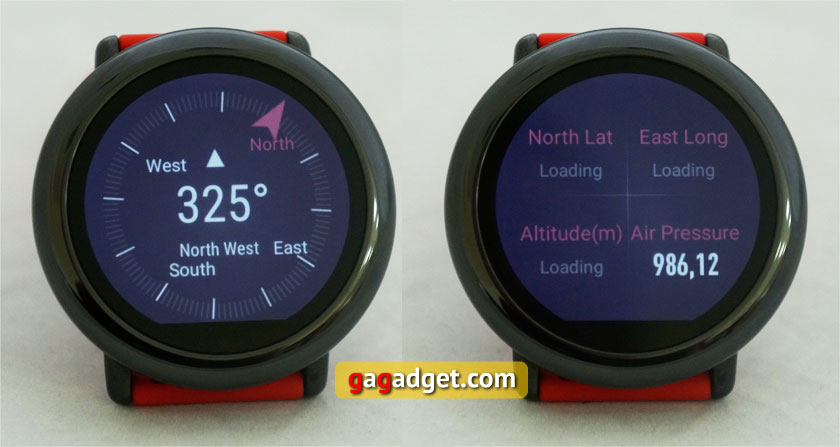 Simple and clear to use timer: 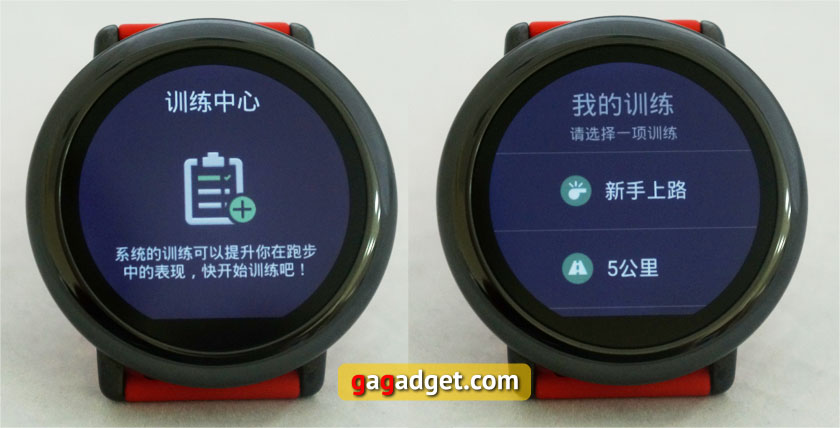 As you can see, the menu organization is quite straightforward, but localisation and implementation is not yet all good. Further-more, let’s move on to mobile app. Or rather the applications, because one then do not work, which is very sad. The main application — Amazfit Watch allows you to sync, view battery, free space on the clock, firmware version and disconnect your device: 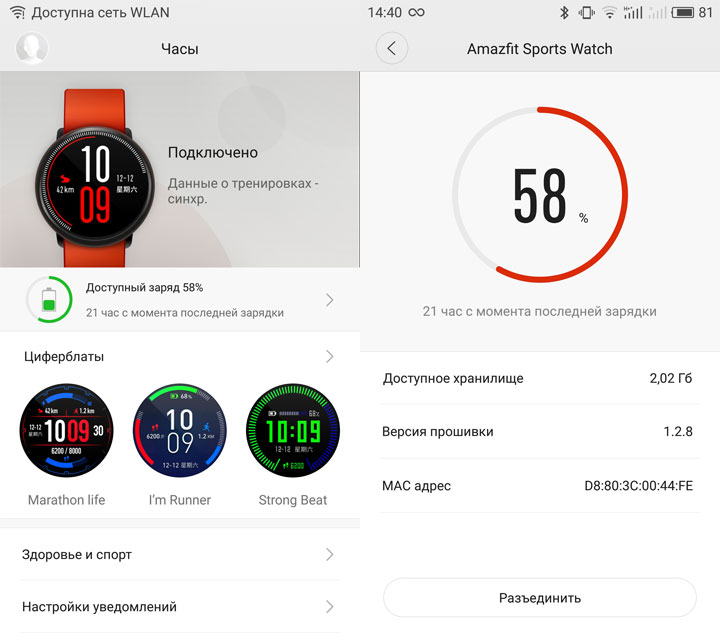 You can set the dials (they have a lot, there is plenty to choose from) and put the background image: 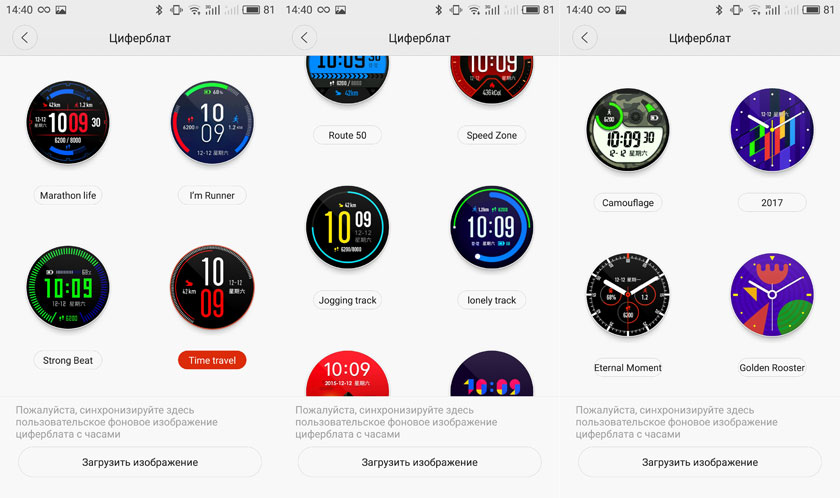 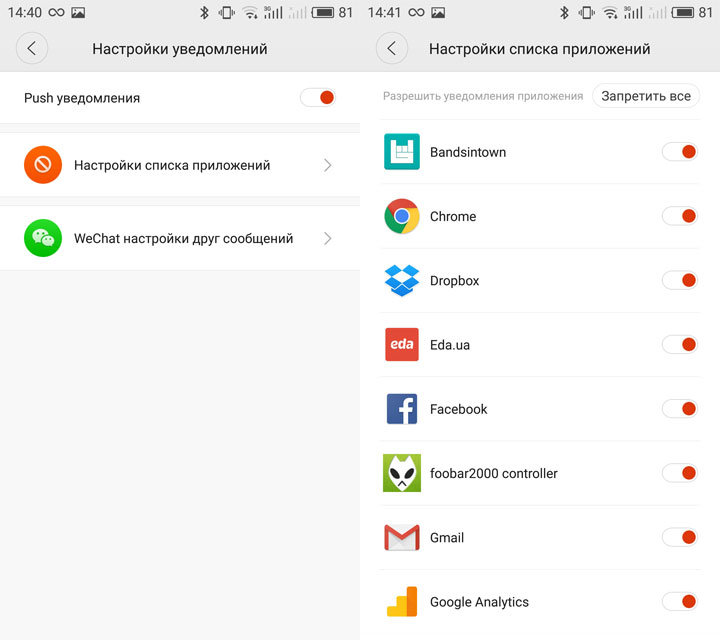 To configure the clock application (weather and menu items in the Sports section): 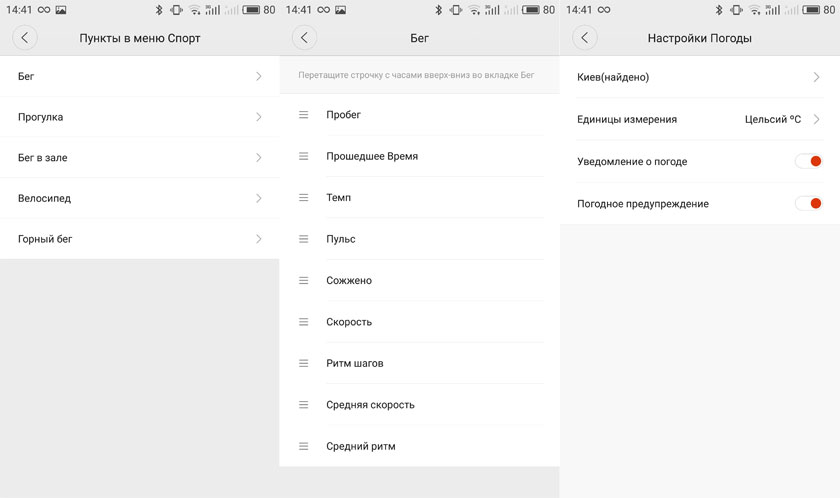 The order and display the widgets on Amazfit Smartwatch: 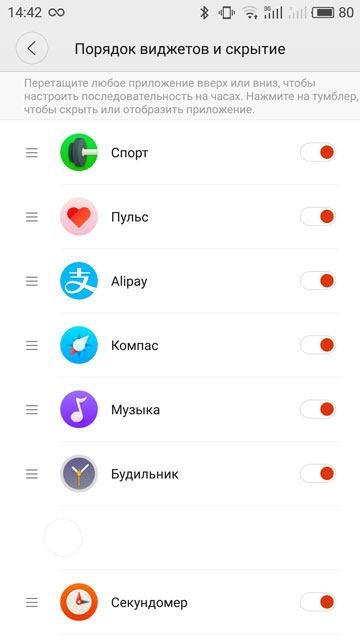 To change the units of measurement and system permissions: 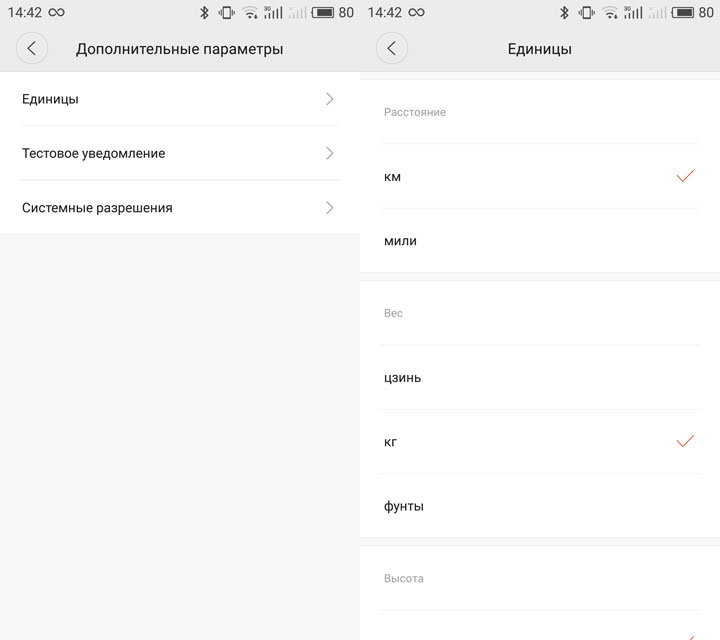 All activity data in the application are not recorded. For this you need to install Mi-Fit, or Mi Dong, where it will appear. 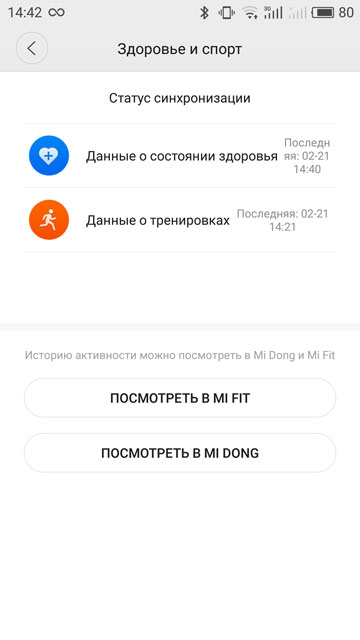 By the way, to link the old version of Mi Fit with the clock (or the app Amazfit Watch) I have failed with the current version there is no problem. You can see current results, statistics, over different days/weeks on steps, sports activity, heart rate, sleep, watch their routes (thanks to the GPS module in Amazfit Smartwatch) and run modes of training:

The need to use two apps is depressing. Yes, and the apps themselves gradually dopilivat (including craftsmen), but still the shoals and bugs caught. So that part is still rather weak.

READ  Google will sort is the quality

From a hardware point of view Amazfit Smartwatch was interesting: they look good, are protected according to IP67 standard, all necessary for full operation of the set of sensors, including GPS and a heart rate monitor working adequately. The watch can boast a lengthy battery life and a bunch of different modes that can be replenished with the new firmware. The main problem is the hours curve and napoleoniennes translation plus the necessity of dances with a tambourine (if you bought the Chinese version and if you want a Russian interface). There are problems and flaws with smartphone parts: first two apps — it’s not particularly convenient, and secondly these apps, over which else to work and work. Hopefully, that will bring to mind in the future, because the potential Amazfit Smartwatch really is.

2 reasons not to buy Amazfit Smartwatch:

Pocket gadget ChargeWrite writes, recharges, cleans, and remembers (9 photos + video)
#video of the day | the game Doom II can be played with Porsche 911 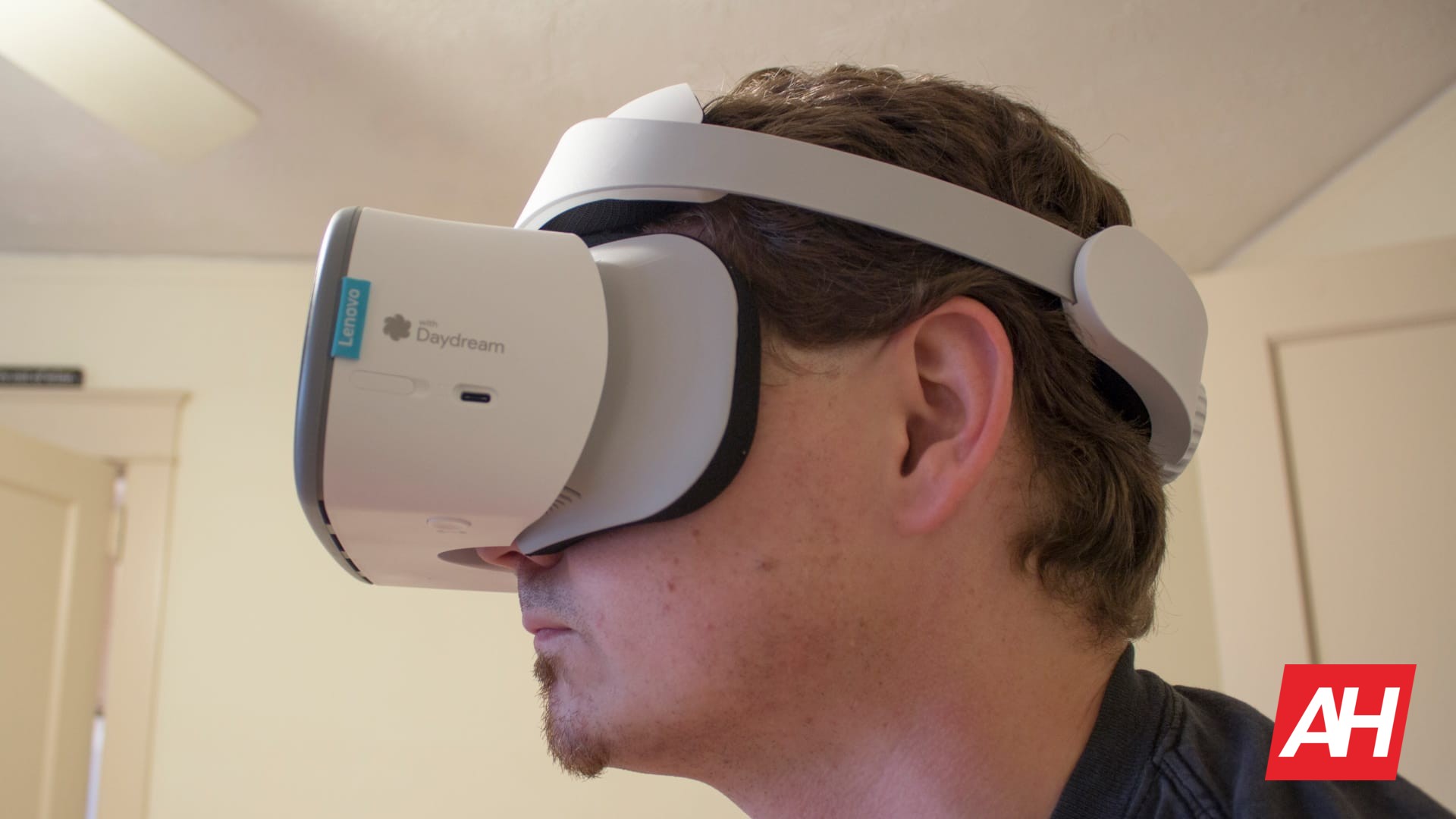 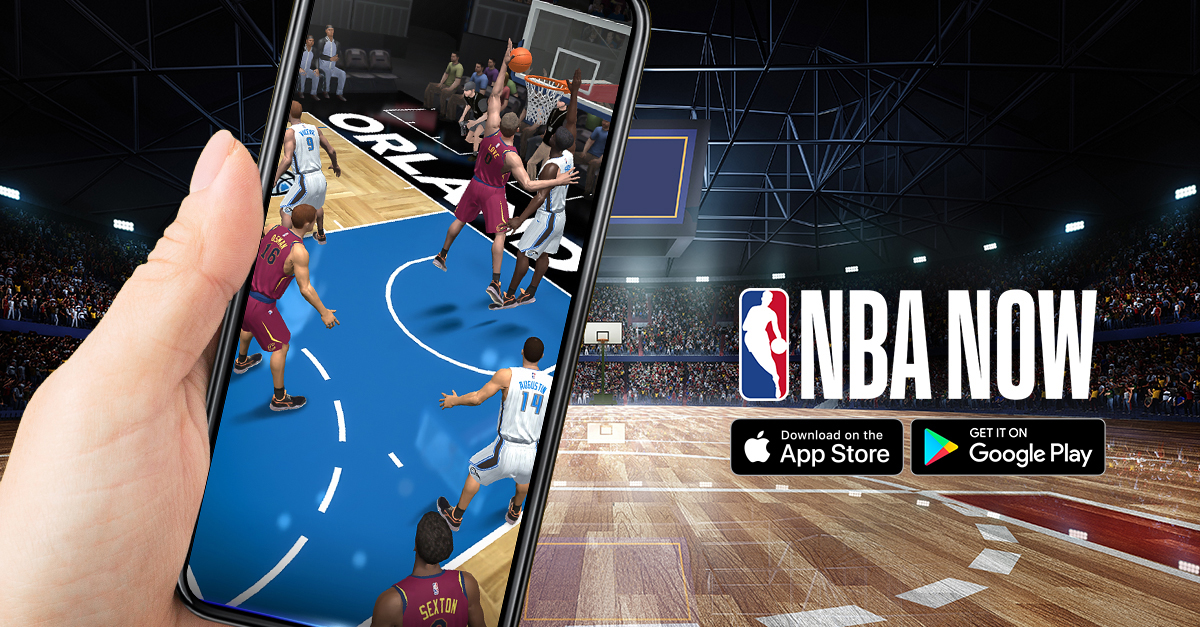