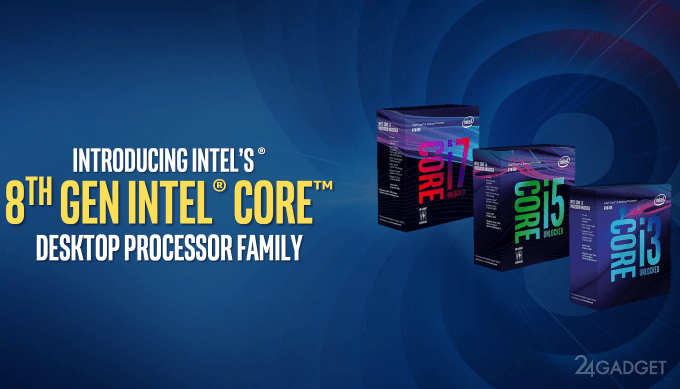 Intel officially announced a new generation, the eighth Core processors for desktop computers. The range includes standard models: Intel Core i3, but with four cores, which became a 6-core Intel Core i5 and flagship Intel Core i7. In addition to traditional versions, the latest of category “K”, allowing the possibility of overclocking of graphics core and memory. Besides the unlocked version chips support up to 40 lanes of PCIe 3.0 per socket, 4K HDR and Thunderbolt 3.0. 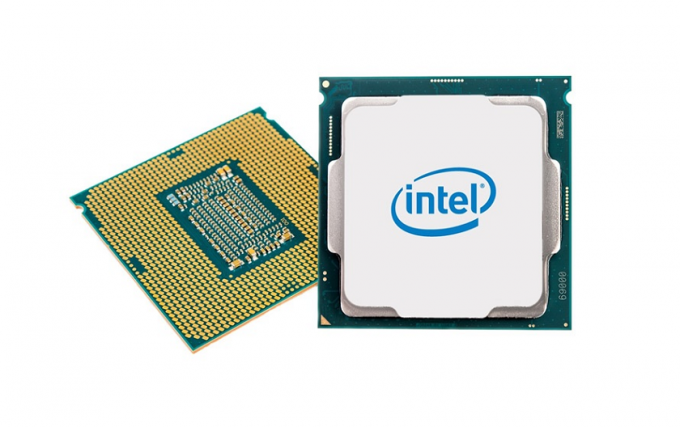 If you believe the developers, new items, created by new++ 14 nm technology process, able to give 25% increased playback speed in games compared to the previous 7th generation, and edit panoramic 4K videos can be 32% more efficient. In Core i7 and Core i5 Turbo Boost 2.0 supported. In addition, the seventh version works with Hyper-Threading. All models do well with Quick Sync Video and Intel memory Optane. Smart cache ranging from 8 to 12 MB.

Technical characteristics of the new processors Intel Core of the eighth generation for PC:

The start of sales of the processors Intel Core eighth generation is scheduled for October 5th. The cost of the chips with basic features is said to start at $117, the maximum value is $359. 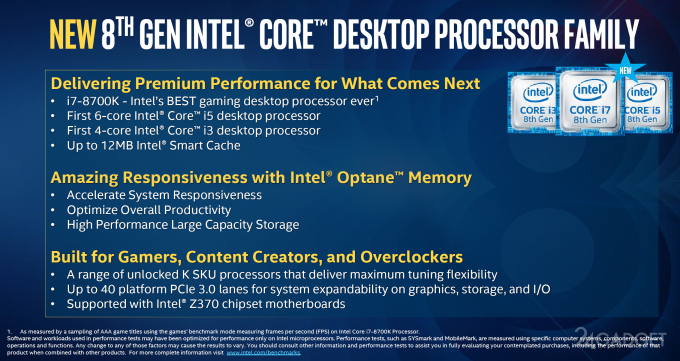 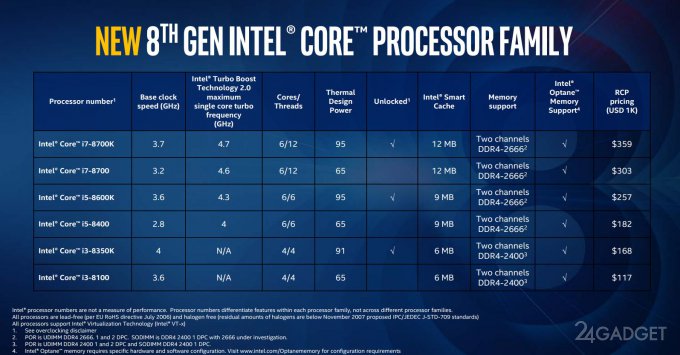 Sberbank will analyze customers by likes on social networks
Do you drink water? Congratulations: you are drinking plastic 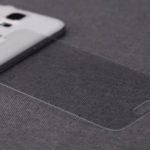 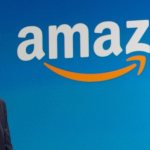