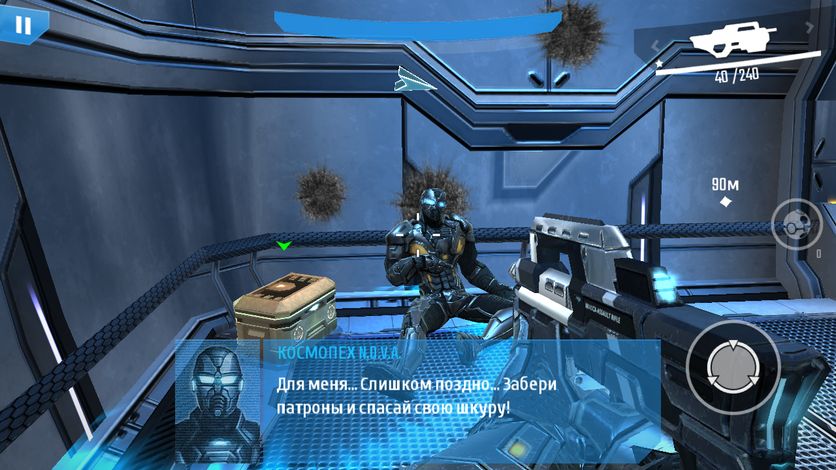 A good shooter is like a beautiful woman: look happy, makes you work for it, but eventually concedes and gives a lot of pleasant moments. But if mobile shooter — so still and always remains with you. So N. O. V. A. from Gameloft, with which we are familiar today — like sleek blonde with a Chihuahua under his arm. Somewhat superficial, costs a pretty penny, and even after plastic surgery, but still gorgeous, the envy of other starlet.

In pocket format there are stars and even their dynasty. I think only Call of Duty Yes, Battlefield can multiply from year to year? Not at all. And if anyone in a similar and know how to do it Gameloft. Every game — not just a representative of a particular series, but painstakingly adapted to mobile format project is larger. Playful hands reached for the Diablo, Grand Theft Auto… In the case of N. O. V. A. in all directions stick scraps and scraps Halo, and similarity with the story of the Master chief is seen with the naked eye. However, Gameloft decided to forgive this approach. Why? Yes, because the alternative as there was ten years ago, not now.

N. O. V. A. Legacy — the product is unique, and its uniqueness is that it is a remaster of the first part of the series, released back in 2009. Yes, rampant fashion on remakes finally reached and mobile domains. We, however, do not take offense: space shooter sensation great gameplay, multiplayer and cheerful graphics as powerful by the standards of the platform that the game is even ported to the PlayStation 3. Was it possible to imagine a better candidate for reincarnation?

Contrary to expectations, the Legacy of the first frame shows that it is, of course, a remaster, but not single. Instead of aggressive strangers — the friendly commander. Instead of a green planet — the edge of the canoe. And only the hero remained unchanged. His name is cal Warden, he is dressed in high-tech armor and armed to the teeth. Yes, even charming, but thoroughly digital assistant Elena will not go away. Eye blink of an eye, and you are on Board a mysterious ship “the Pride of the colonies”. 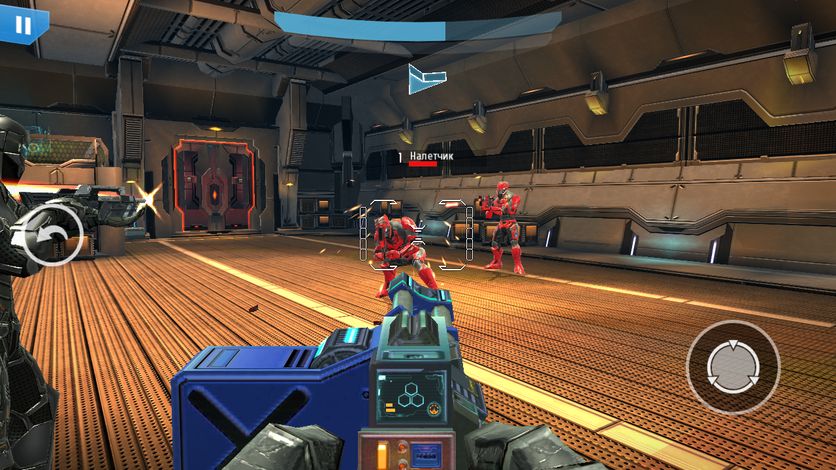 Events off the bat: cal rushing around the hallways, activate switches and push buttons. Here we shoot aliens with an assault rifle or take them off a well-aimed shot from the sniper, and now fiercely pressing the trigger of a stationary machine gun. Shield regularly takes the enemy shots, we have neither hot nor cold. Grenades flying everywhere, explosions — in short, on the screen is created hell. All without a hitch would fit into any other space shooter, but not in a mobile format.

As soon as the first shock from the cosmetic changes, connoisseurs of the original N. O. V. A. will sigh with relief. Interface, locations, enemies — everything familiar and dear. The new version looks much prettier, weighs when loaded only 20 MB and flies to almost any modern device — whether it is happiness? But it’s worth a bit of euphoria to subside, as in all its glory blooms is a key feature of the restored N. O. V. A. — its shareware.

Series N. O. V. A. has long been a game of a premium and justified by its quality. But at some point Gameloft deliberately set to work hoeing the field conditional free: have N. O. V. A. 3 was released in two versions, and N. O. V. A. is Legacy and is only “gratuitously, that is gift”. The whole “bouquet” of associated symptoms attached energy to perform tasks, upgrade weapons through coins and collections, advertising and even paid respawns. However, there are positive moments — random assignment, global equities and a noticeable increase in the variety of weapons. Again, don’t have to pay twice if you just want to revive old.

In 2009, N. O. V. A. showed how to do mobile shooter. In 2017 N. O. V. A. Legacy sample again — this time to be re-mastered mobile game. Over the years, it has not lost an ounce of charm, and typical of shareware projects features not just her spoiled — benefited. If you were looking for shooters in their classic manifestation, and the soul is eager to shoot the aliens and save the galaxy — welcome.

Vertical farms: in the future everyone will be able to grow food at home
Delivery MediaTek is rapidly reduced 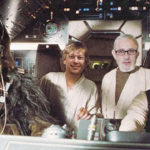 Op-ed: Chill out, everybody—Star Wars has always been for kids