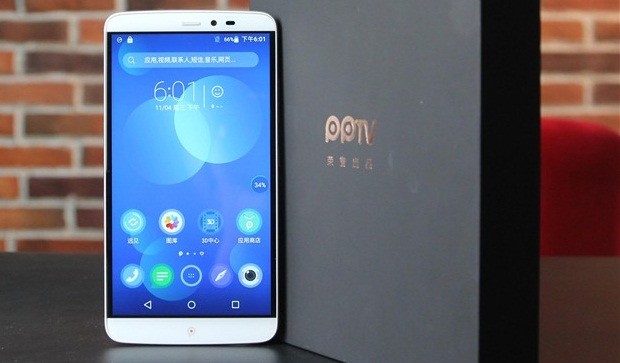 PPTV company operating in China, is a provider of streaming television. Inspired by the success of his rival LeEco, PPTV decided to expand the territory of its users and released its smartphone.

Originally released on the line had a high price and narrow circle of interested, what was the reason to create more affordable phablet — 7 PPTV KING.

For those looking for a smartphone with large size, elegant design and affordable price, this review will be useful. 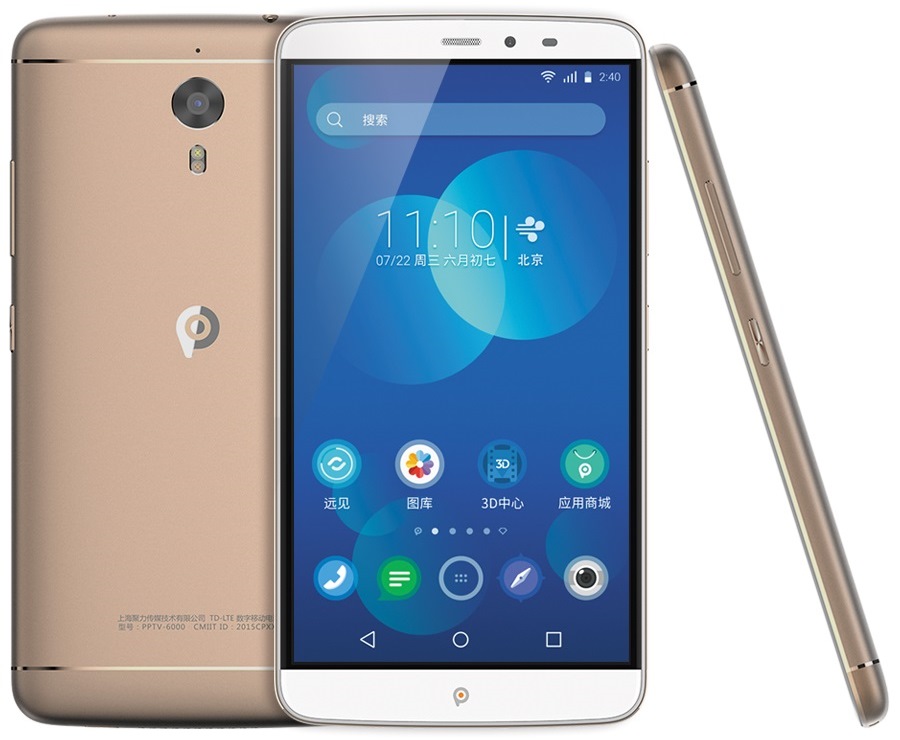 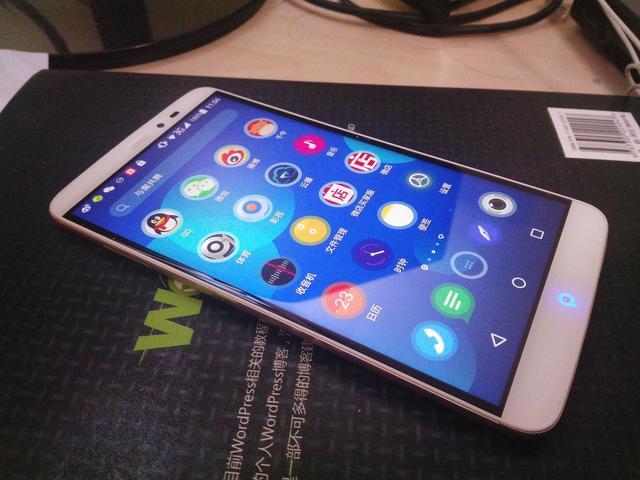 The smartphone is Packed in a stylish black box with gold logo. Preparing the buyer to the large size king 7 PPTV, the box also made vnushitelnye sizes, although it could be less. 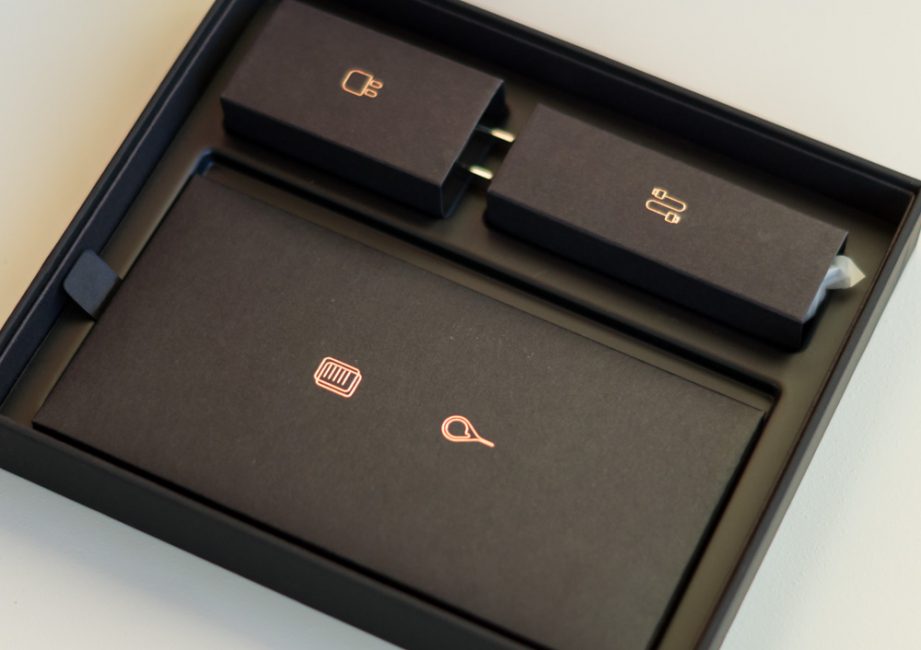 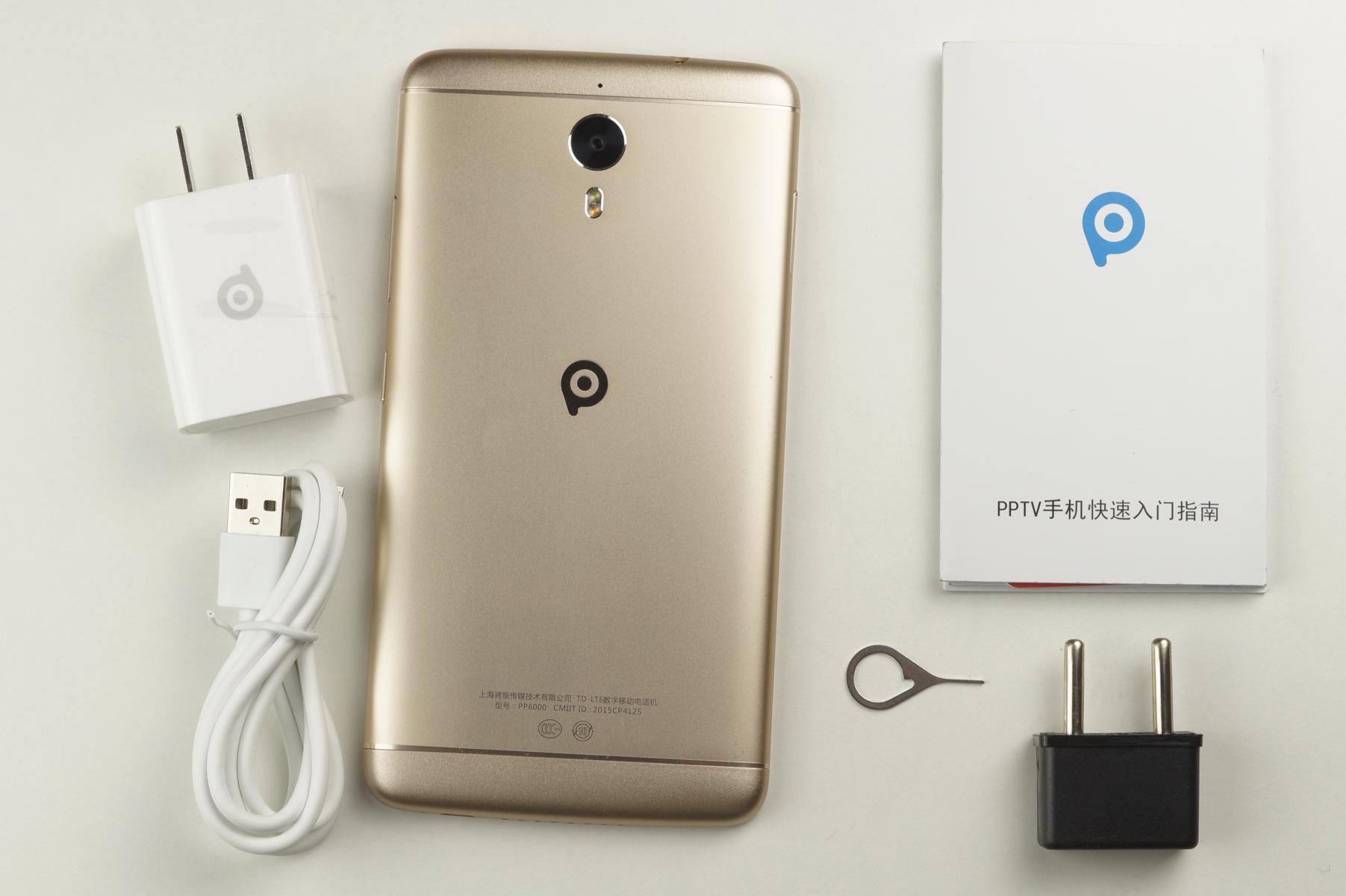 If you compare PPTV king 7 with Xiaomi Max or Sony Xperia Z Ultra, it is noticeable that phablet looks more and maximum points reaches a thickness up to 9 mm. This fact only confirms that the smartphone is designed for a large hand. However, the manufacturer has added PPTV king 7 major elements of the interface and additional gestures for ease of operation.

READ  Bookmark OS — powerful and easy to use bookmark Manager

Case 7 PPTV king of metal, the attractiveness of beveled edges give the screen a 2.5 D glass. Not very pleased with the presence of an additional black border around the screen, magnifying the already large size of the smartphone.

An interesting solution was the placement of the status indicator under the screen, in the logo. At the top is the earpiece, front facing 8 MP camera and ambient light sensor. The buttons on the screen, not hidden. If this is confusing, the user can remove them using a third-party application. 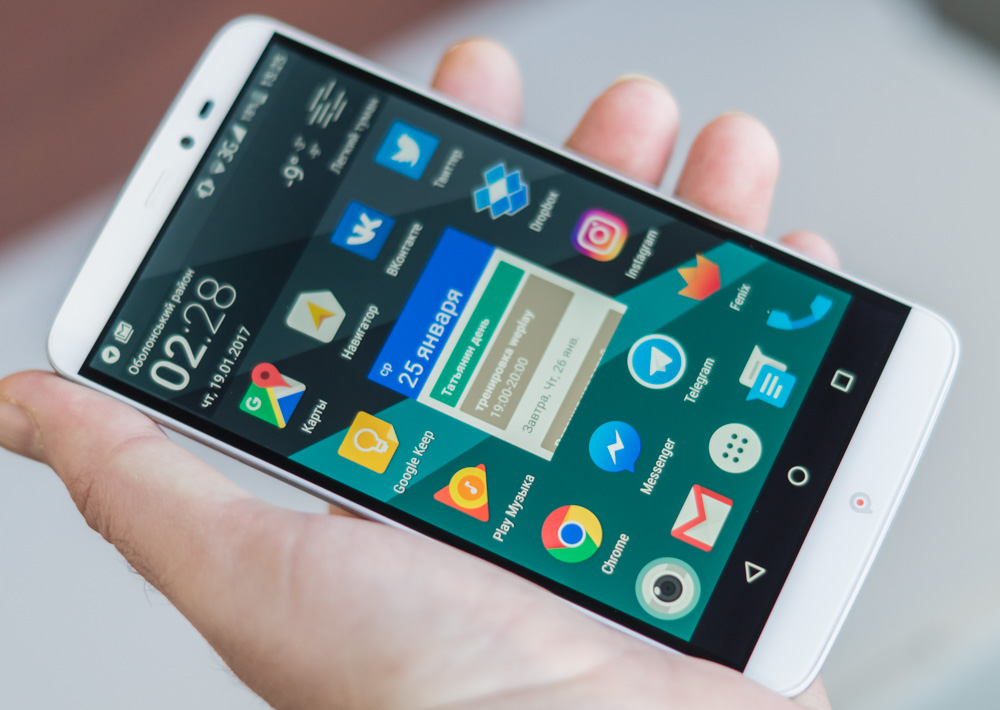 On the rear panel at the top in the center is a 13 MP ISOCELL camera and dual tone LED flash under it. The camera has 5 lenses and can shoot video in 4K resolution.

Located in the Central part of the company logo, and the gaps formed due to the placement of the antenna is almost invisible. 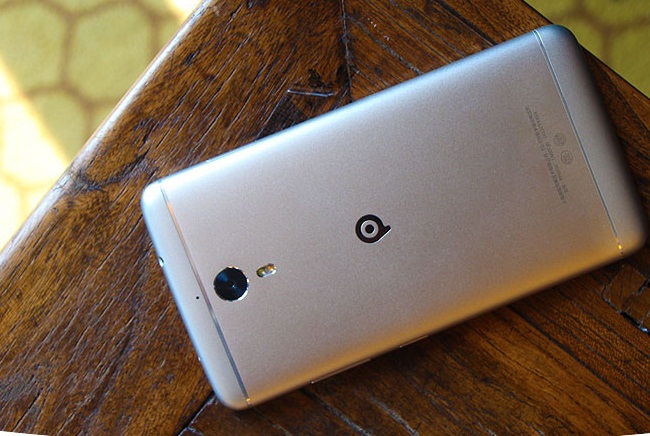 Having studied king 7 PPTV from all sides, on the right side we find the volume buttons and on/off. Their location is good enough with them to easily interact with one hand.

On the left side symmetrically to the volume button is the slot for the SIM card. The tray is easily removed, but it is not loose and does not creak. 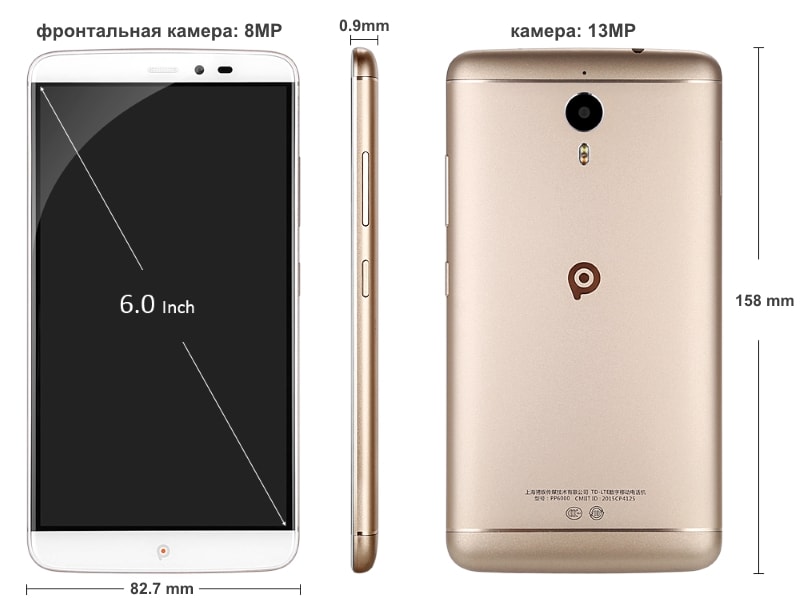 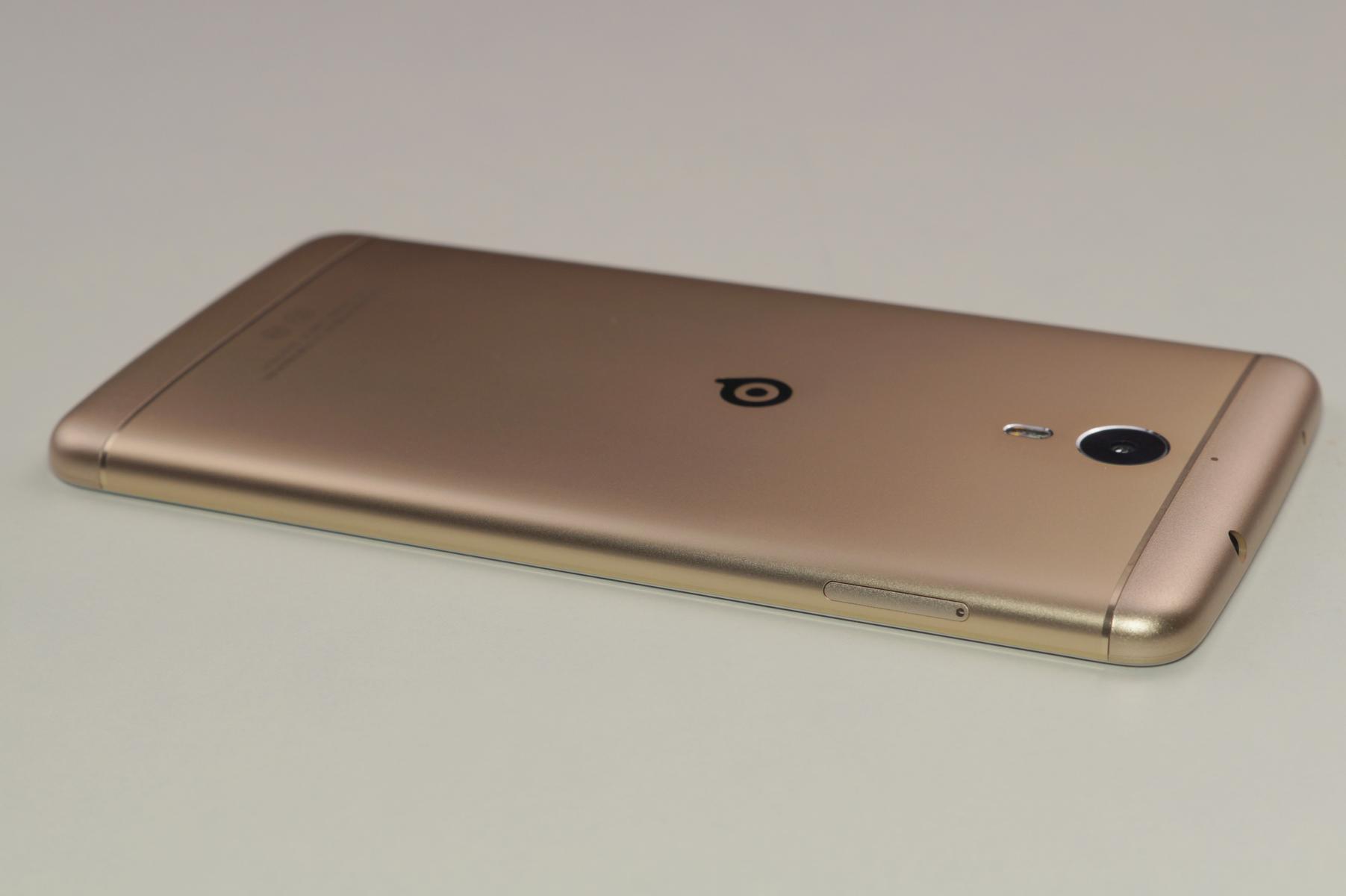 In the center of the lower end of the smartphone located speaker grille, the side — microUSB connector and the earpiece. This arrangement of the connector can hardly be called successful, so as to find the dock will be a challenge (to consider the proposed docking station in this section).

On the upper side is the microphone, IR port, headphone Jack. 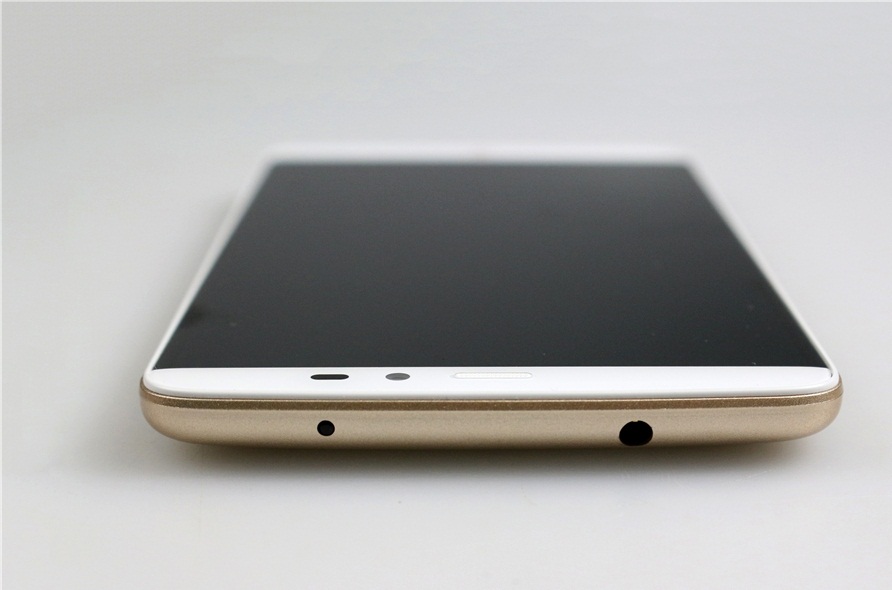 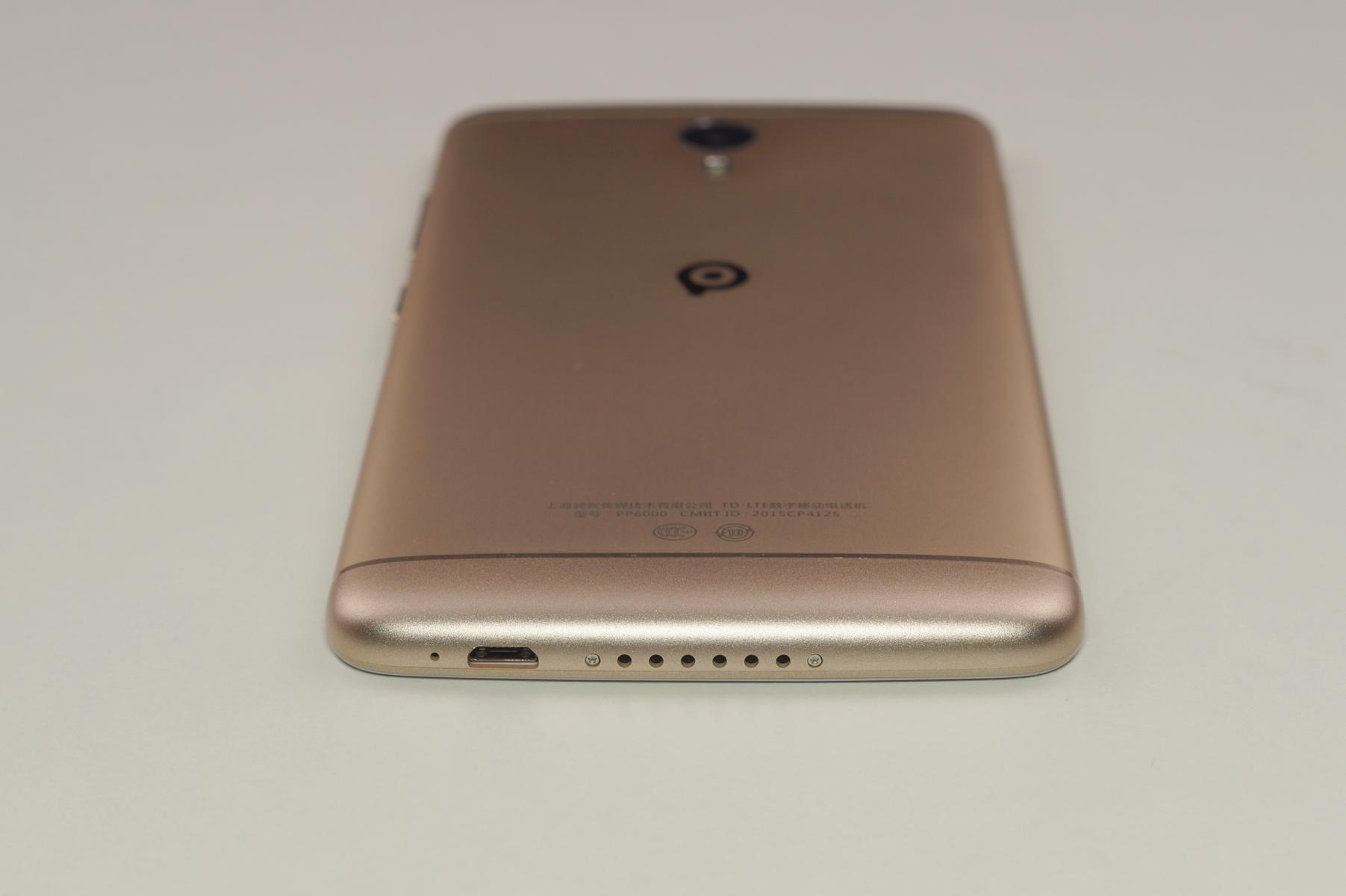 Despite the large size of the smartphone screen quality is not affected. As previously mentioned, the panel PPTV king 7 a diagonal of 6 inches is made of IPS technology and has a 2K resolution (2560×1440 pixels). These characteristics give us the density in 476 pixels per inch.

Features screen feature for viewing movies. And only the lack of color temperature setting and automatic operation of the light sensor sometimes cause discomfort.

The color coverage is also satisfactory. In the minimum energy consumption of a smartphone easy to use in complete darkness. The maximum brightness is perfect for Sunny weather. Only the reflection on the screen due to the lack of anti-reflective coatings can create some inconvenience.

Gorilla glass with a 2.5 D effect will protect the smartphone from light knocks and drops. In contrast to him, oleophobic coating, protects against dirt accumulation and fingerprints, easily assemble small scratches. A thick coating creates a false impression that the scratches are on the very screen. 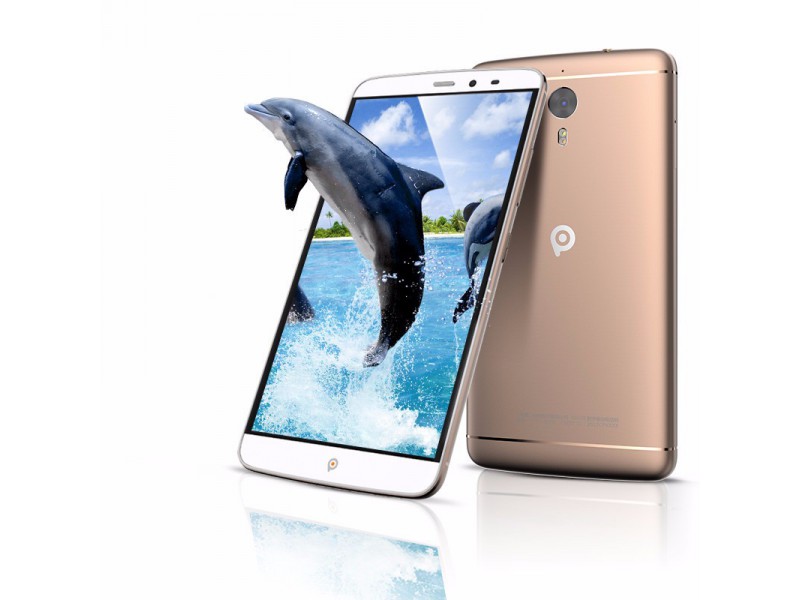 Like any other Chinese smartphone, a native app has options of settings, the presence of stabilization can be seen with the naked eye. Also, do not leave indifferent pictures taken on the front 8 MP camera. 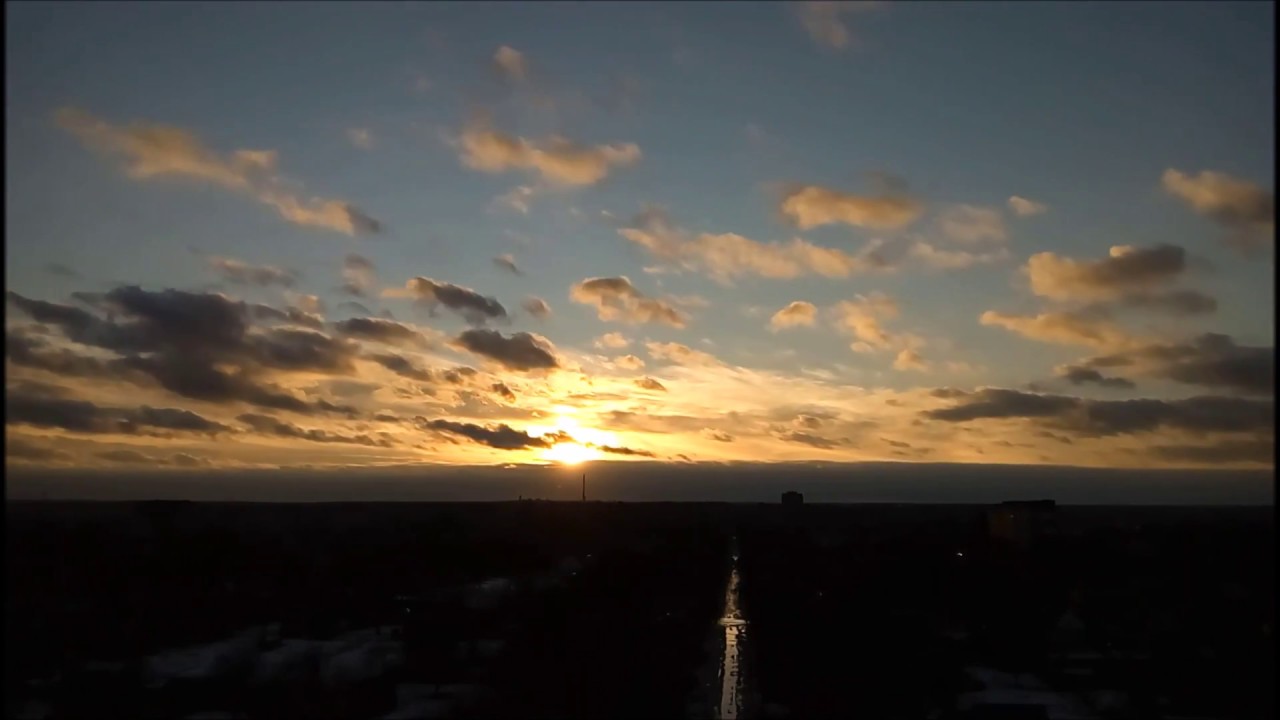 To talk about the sound of 7 PPTV king can be proud. Not so often among budget smartphones are powerful players. When comparing PPTV king 7 with the leader in sound, Meizu MX4 Pro (with digital-to-analog Converter ESS ES9018K2M and two TI OPA1612 amplifiers), dominated by the more powerful sound of PPTV King 7 through amplifier Maxim MAX97220 (120 mW).

Sound with PPTV king 7 smooth, clean, pleasant to listen to music of any style. To bring to perfection the player by editing the equalizer. 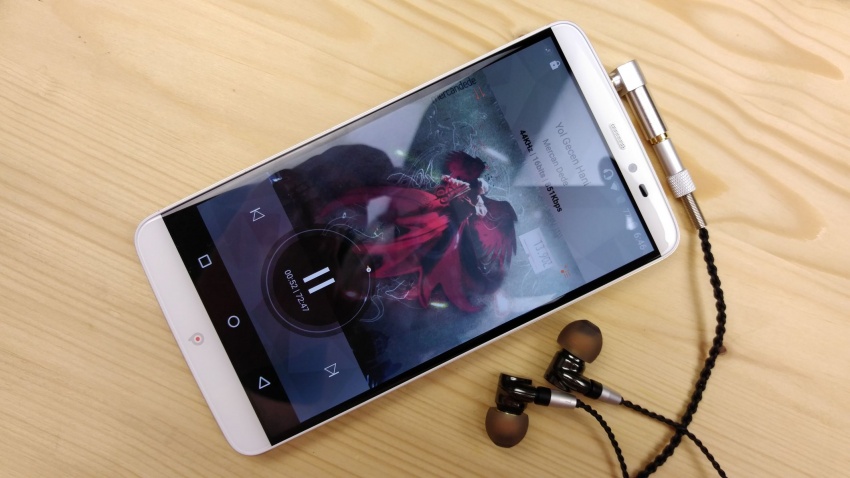 Platform MediaTek Helio X10, used PPTV king 7 complete with GPU PowerVR G6200, is already outdated. It would not hurt if King 7, like the HTC One M9+, Meizu MX5, LeEco Le 2, together with the X10 was provided FullHD display. A greater resolution results in increased resource consumption at work.

Screen support up to five touches and the amount of memory (32 GB constant, expandable up to 128 GB, 3 GB RAM) does not limit you in choice of games. 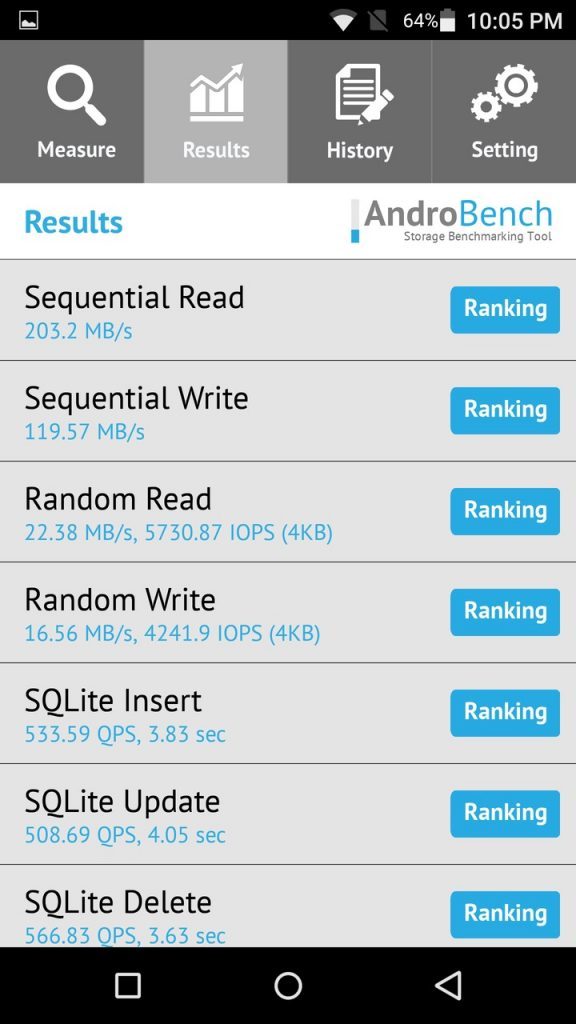 The smartphone runs on Android 5.1 to AOSP builds.

From the disadvantages of poor English translation and bad color scheme of the interface, which can be changed in the settings.

PPTV king 7 works satisfactorily from the point of view of incoming and outgoing calls. Present the IR port can be used to control your smartphone with a different technique. Also discovered the lack of NFC and FM radio. 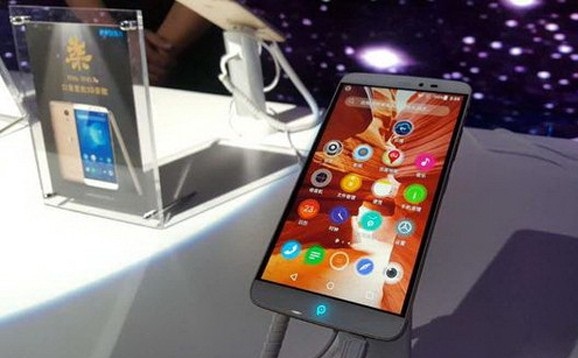 Focusing on the PPTV king size 7 (6 inch 2K screen with 8 core processor), it is easy to see that the smartphone runs out of power quickly. After studying the issue in more detail, we found that the 3610 mAh battery can withstand up to 5.5 hours with the included wireless interfaces (4G). Reducing the brightness to a minimum increases the working time of half an hour.

The smartphone can be charged fast charging, but set it is not provided. It can be assumed that the company does not recommend the use of third-party charges, in order to avoid degradation of the battery. 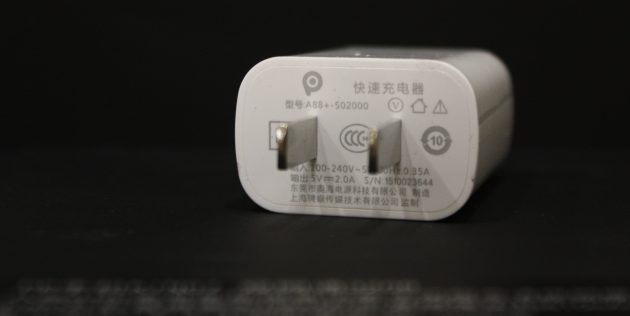 Smartphone PPTV king 7 is uniquely suited to music lovers and gamers. The large size also to have a comfortable viewing of videos and photos. PPTV king 7 will not be relevant to those who value autonomy. Starting from the availability of this offer, at least it should pay attention.

On this topic: ( from the heading Articles, Reviews & Comparisons, Smartfones ) 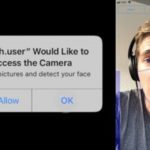 A Google engineer found in the iOS threat vulnerability 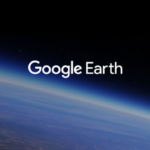 TCL Made A Phone With A Slide Out Display