The fighting Autobots and Decepticons: the 10 most powerful weapons of the transformers

22 Jun released the most anticipated blockbuster of this summer – the fifth part of “Transformers”. The creators of “the Last knight” promises to surprise viewers with a large-scale battle, the likes of which did not know the universe of the transformers. While the world froze in anticipation of a spectacular confrontation, let us remember what kind of weapon available in the Arsenal of Autobots and Decepticons.

The sword of the Primes instills fear in enemies: a powerful weapon with inspiring size. According to legend, the sword created from three transformers. To wield it hand Prime, and it should be taken literally: to control the sword Megatron had transplanted a hand of one of the Primes. Star sword hits enemies even at great distances – such impressive power, they produced waves. With this weapon in the animated series “transformers: Prime” Optimus has damaged the flying ship of the Decepticons. The transformer in this case was on the Ground.

2. The Hammer Of Solus Prime

Created by true Prime artifact capable of transforming matter, transforming the inanimate into animate. The hammer is used to make the weapons with certain characteristics. The artifact activates the hand Prime. In the game of Devastation, for example, a hammer can only use two transformers – Grimlock and Optimus.

Slayer of Primes was specifically created to counter the Star sword: no wonder it is called the Dark sword of stars. Weapons forged from dark Energon, this Megatron had to use the Hammer of Solus Prime (the leader of the Decepticons had replaced his hand on the arm Prime to hammer listened to him). He (like sword created by Solus Prime) is capable of producing shock waves of high power. However, they are not so focused to the distance to cut through objects. But the Slayer of Primes is harder than the blade of the leader of the Autobots in the battle of Optimus and Megatron Star sword broke into pieces from the blow of the sword Dark Star (“transformers: Prime” series, “alpha, omega”).

Who owned: the Decepticons

Where: the animated series “transformers: Prime” the game “Fall of Cybertron”

Tox-EN – weapons of mass destruction. It is a poisonous form of Energon. The weapon had a Megatron during the war with the Autobots. Short-term exposure to Tox-EN on transformer causes weakness that leads to paralysis and even death.

The weapon was designed to immobilize the Autobots in battle. It is able to freeze a transformer, but is also used for “unfreezing”. Immobilizer was used against Bulkhead and Optimus Prime, and then destroyed. Transformers would have remained immobilized permanently, if the ratchet failed to recover the weapon of the Decepticons and defrost with it associates. In the battle on Cybertron Bulkhead used the weapon against its creators – the Decepticons.

Who owned: the Decepticons

The weapon is directed on deprivation of the transformers spark. The extractor has a large radius of action. During the war between the Autobots and Decepticons weapons had been taken from his creators and sent to Earth. This is the first artifact that transformers was found on the Ground. The weapon helped the Autobots to destroy vehicons. The extractor was taken out of action by Megatron, which he took advantage of the Dark sword.

7. The Sword Blade Of Chaos

Where there is: a novel in the universe combined “transformers: Exiles”

The sword Blade of Chaos is a powerful weapon that was used by nexus Prime. It is in the body “Gestalt”, a composite robot. Nexus used the sword in battle with Tendertones, then the size of arms and strength of a Prime, forced the enemy to retreat.

Who created: the Decepticons

The weapon generates low frequency sound waves than does damage to the enemy. Action Blaster aimed at hearing damage the enemy. However, the weapons is able to act on objects, and the sound frequency is lower, the stronger the impact. The resonance Blaster is attached to the wrist, when activated, glows red.

Who created: the Autobots

Where: the animated series “transformers”, the game Devastation

See also  Huawei introduced a smartphone Y7 Prime with Snapdragon chip 435, and a battery of 4000 mAh

Small the gun is able to combat the enemy with the impressive flames. This weapon is very fond of Sideswipe. Gun many times rescued in skirmishes with the Decepticons. It can help to cut the Energon chains (as did the Driver in the episode “help, dinobot”).

Where: the animated series “the transformers” comics IDW

Weapons gathered for himself the Autobot Wheeljack. He placed a gyro-inhibitor in its shoulder cannon. Action arms intended to bring the enemy at the time of order. However, you need to get into it, as the weapon has no effect radius. Gyro-inhibitor in the episode “help, dinobot” I helped Wheeljack to stop the Megatron.

Even the simplest “gun” from the universe of the transformers can give odds to any “human” weapons of collections of paintings, despite the fact that Directors already invented a huge number of options heavy duty weapons. In the fifth part of the franchise “transformers” people again will have to confront the machines. Probably transformers use the entire Arsenal of their weapons and develop new. The stakes are too high, let’s hope that Michael Bay have armed opposing sides to the teeth, and the fight will appreciate the entertainment. 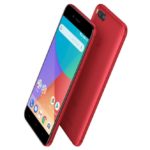 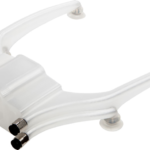 As Apple prepares original podcasts, Spotify reportedly in talks to acquire the ‘Ringer’