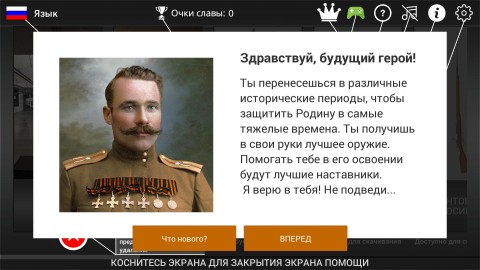 “The weapon of Heroes”, an interactive 3D Museum of weapons

Memories of high school are different. Some remember only the endless cramming, others first kiss, or sneaking out to a night club. Well, someone most vivid memory from those days is the disassembly of the machine.

The app “Weapon of Heroes” will return to this exciting venture without the permission of the teacher OBZH. The user becomes the owner of accurate 3D models of weapons and may examine and dismantle them down to the smallest cogs. Since the publication of the previous review , the collection has grown to eleven models, and fans of the project already more than 800 thousand.

After launching the app lovers small arms salutes the officer of the legendary 398 infantry regiment of the Russian Imperial army Dmitry Charytin — a brave soldier with a luxurious mustache of a hussar. The hero lets go on a journey through the world of weapons, and stresses that he believes in us.

The friendliness of Mr. Haratina inspires confidence, and his hopes wants to justify it. Let me begin with the main menu.

The main screen is an Arsenal of weapons. It contains both standard and debut, award even nominal model from the Fund of the Tula state Museum. Connoisseurs will recognize the cap and ball revolver Colt submachine gun Shpagin, machine gun, Maxim and the Kalashnikov. 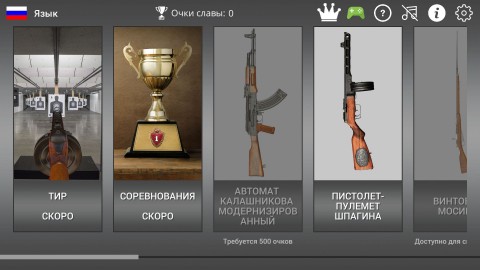 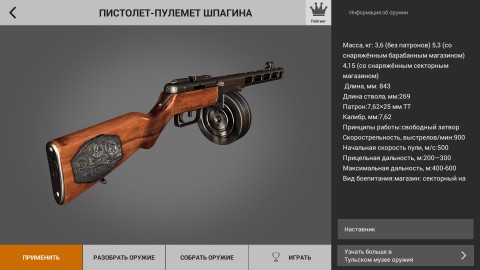 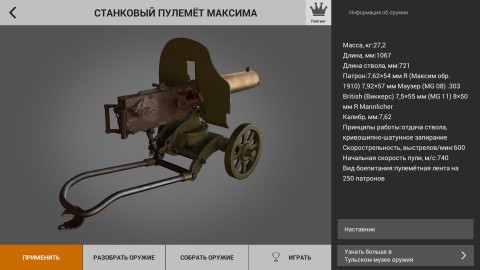 Model interested the weapons need to download, and you can become better acquainted. For a start, read the technical and tactical characteristics, and find out interesting facts, and then move on to the practical study of Assembly and disassembly. 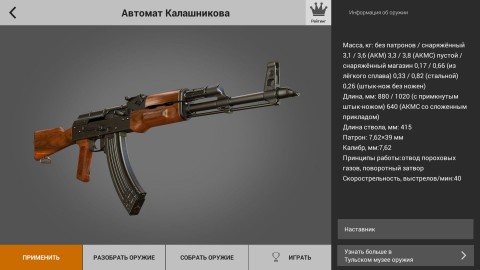 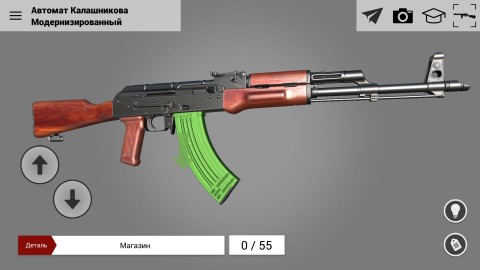 This procedure is an important component of a “Weapon of Heroes.” The assembling of the arms occurs until the cogs in strict accordance with reality — all 3D models were created of exclusive materials the Armory Museum in the presence of experts, which ensures a high level of detail and accuracy. 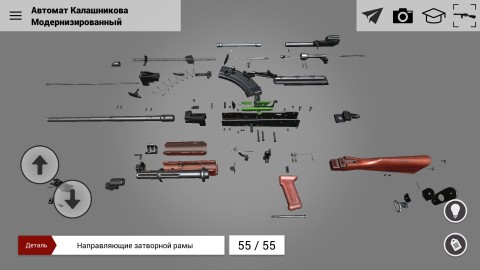 The Assembly and disassembly pleasing trifles. For example, communication with the cap and ball dueling pistol it is important to start with a small side screw with sleeve. The mechanism consists of the mainspring, firing pin and the plate lock, which is also important to remember. 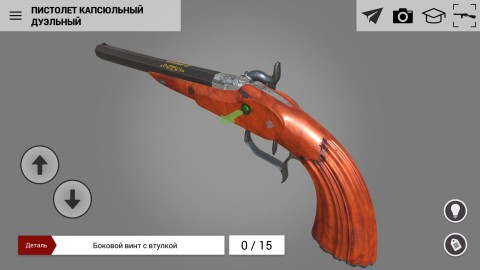 The disassembly process takes, but the creators of the application on its implementation need to work more: the signature to detail is off by default, but if they are on the screen, then sometimes climb on each other and overlap what is happening. 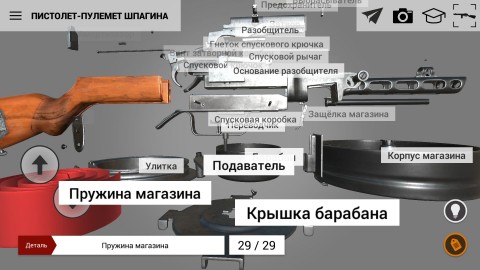 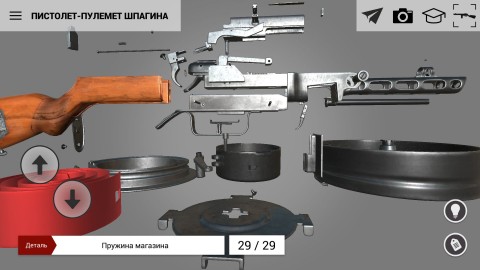 After training go to the competition. They lie in the Assembly and disassembly of weapons at speed. The better the score, the higher position in the ranking. 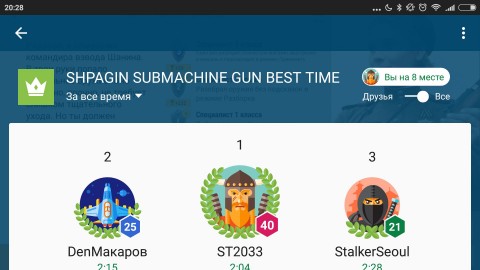 Users can shoot from the gun after clicking on the “Apply” button. In the same menu of available modes of deceleration and “x-ray”, which will allow you to see and understand the workings of the mechanism. 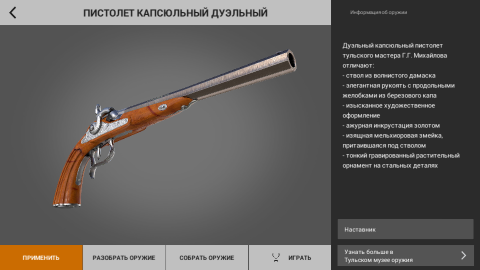 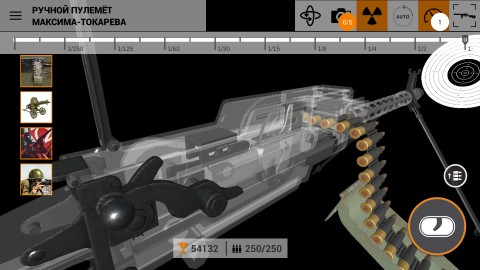 If you are confident, go to a single game — get the rank of a certain class and type fame points. As a reward, the app will open up new models of weapons and interesting facts about them. 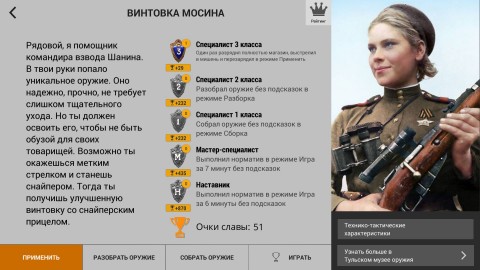 Facts in the game reported more than fifty — they will appreciate the history lovers and connoisseurs of military stratagems. For the study of the theoretical base users open achievements. 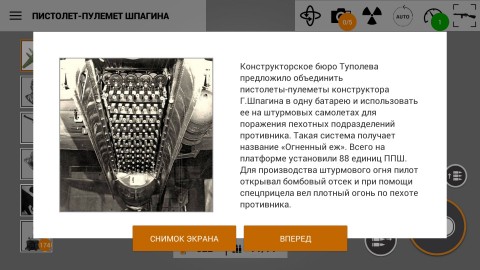 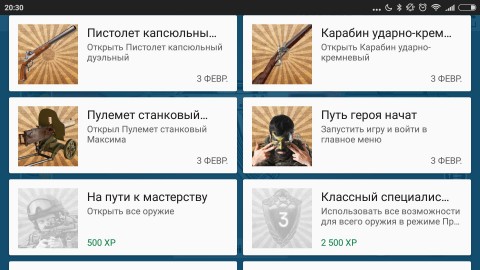 The developers of “Weapons of Heroes” highlight the customer focus of a third of the application functionality created based on user suggestions, and voting for new weapon models and surveys continues. 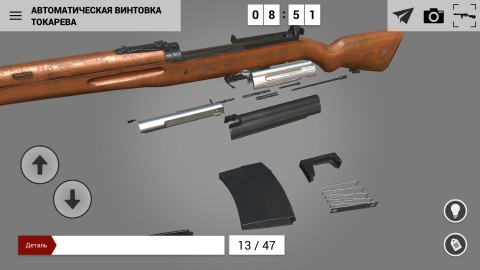 The project “the Weapon of Heroes” was created for fans of military subjects and fans of firearms. The app will teach you how to disassemble and reassemble the iconic weapon model, provide detailed help for them and will allow you to compete with others in knowledge and skills. The app is free to download the gun and its modifications at any time.

In honor of Victory Day, the developers have created a special quest: in the period from 4 to 14 may collect all of the 53 facts about guns and get 10 thousand points of fame. This will last for the next six months of updates. To navigate in the quest click on the button with the Cup in the main menu.

Weapons. The Museum of weapons 3D

Explore iconic historical Russian and Soviet weapons in a three-dimensional interactive simulator for your phone or tablet. Weapon models created for the first time in 3D at the exclusive content of the Tula state Museum of weapons with the direct participation of its experts.

See also  There is a choice: smartphones with FM radio
Recent search terms:

Users of Google suffered a massive phishing attack
Cards, money, two, blah-blah – post about how to manage the account in the App Store 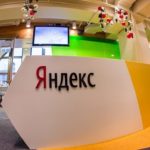 SBU conducts a search in the Odessa and Kiev offices of the company “Yandex.Ukraine” 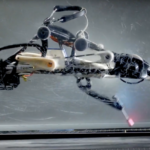 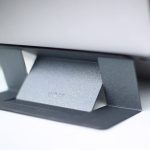