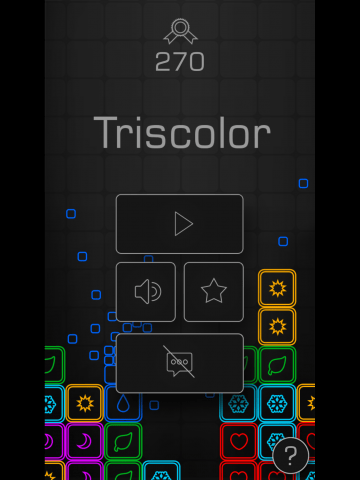 There exist eternal genres — for example, arcade and platformers: no matter what revolution may happen in games, these never seem to disappear. Such giants include the Tetris: mechanics created by the Soviet engineer, does not lose relevance for thirty years and probably will live as much again in endless variations. The proof may be a variation of the freshest and newly successful — Triscolor. 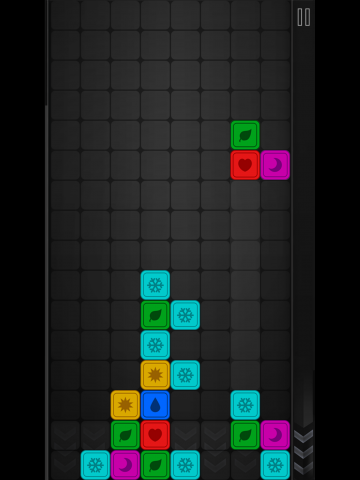 This game is something average between classic Tetris and puzzle. Grandparent here from the same “glass”, a variety of geometric shapes and the end of the party when the pile reaches the top. From puzzles — relatively low temp (normal Tetris a hundred times faster) and focus more on the variation combinations.

The principle is simple: swap the figures, consisting of squares of different colors, and the player’s task is to place them so that to build a line of three or more squares of the same colour, vertically, horizontally and diagonally. If all goes well — the squares will safely evaporate, postponing defeat.

A figure can rotate as they please: the axis, around itself, or otherwise. Importantly, to complete the rotation until the element is not stuck to the already installed — and then you can see the inscription on the defeat sooner than we would like. 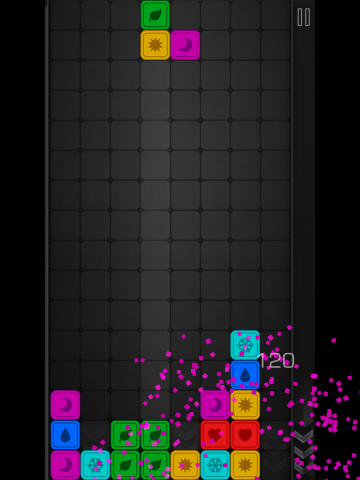 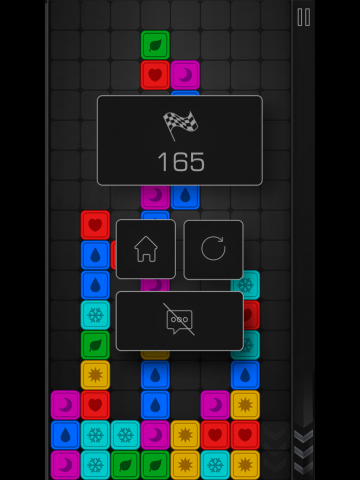 And, in General, that’s all. Triscolor the author emphasizes that the game is old school, and not the least bit disingenuous: there are no mandatory today “crystals of power”, “mana points” and the like, which determines the opportunity to play the next game — just pure gameplay, depending on the willingness and ability of the player. For older people is the opportunity to experience not only fun gameplay, but the nostalgia, and younger game can become the new, which, really, just an unknown old one.

Both Triscolor will cost nothing — the game is free, internal payments, except for one — off advertising. Banners, however, appear only before the game and during the pause, so that to pay for it do not have — to bother and disturb people.

Another advantage of the game — very nice graphics. In respect of Tetris is, of course, sounds strange, but the neon glows, diverse, but relevant color scheme, and overall visual aesthetics — unlike many fellow genre, oldschoolness here is not due to the eye of the player.

Triscolor — a kind greetings from the past, when there was not accepted to throw the player requests to buy “gold” and get him to count the units of “energy” after each game. But that hi expressed by modern graphic language — no need to strain your eyes trying to piece a coherent picture of a deliberate “antique” pixels. The result is a modern puzzle game based on the immortal Foundation and respect for the player. It’s worth a try.

Triscolor – Tetris three in a row

Triscolor this is a classic tetris – like game, a combination of the logic of “collect three” and Tetris, once extremely popular even in the version under DOS. The game is simple and complex at the same time and will be interesting for both children and boys and girls of other ages :-). 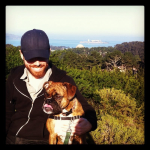 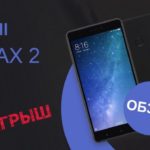 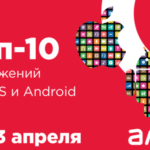