Главная › Articles › World of Guns — gun simulator and encyclopedia, and the game

World of Guns — gun simulator and encyclopedia, and the game 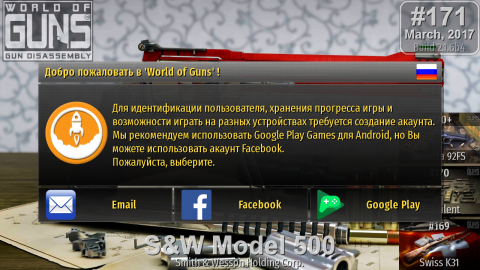 Weapons — the subject of complicated, sometimes conflicting feelings. But for many, it evokes interest, especially firearms. And, although the opportunity to hold a real gun is not for everyone, you can study it from the descriptions and drawings. And what could be more convenient than a directory on the mobile device? But if it is made in the form of games?

World of Guns: Gun Disassembly — interactive Atlas of small arms from an independent international team Noble Empire. And it’s not just a set of pictures — “the guns” are so realistic that they can literally disassemble the cog!

So, small arms — with its clever structure and a bunch of different technical nuances. The game continues the series of Gun Disassembly started in 2010 and today offers a completely redesigned game mechanics and an impressive collection of 162 models (more than twenty thousand items!). The modeling was done strictly according to the real prototype, or drawing — in cooperation with the owners or manufacturers. Very seriously for a mobile app, and no wonder — the developers are great enthusiasts of the business.

The first thing the game will offer us to log in using a convenient service. This will be useful when you transfer game progress to another device and to obtain the game achievements. Enter the game through Google, Facebook or e-mail address.

Next training. Skip it impossible, but even if such a possibility was, this definitely would not be worth the in World of Guns is quite complex interface: models of weapons is a lot of interaction options with him too much, and how many spare parts head spin! Perhaps no one game, this is not too much work for not that much demand.

READ  Storm weed: robot Tertill will be engaged in weeding in the fields 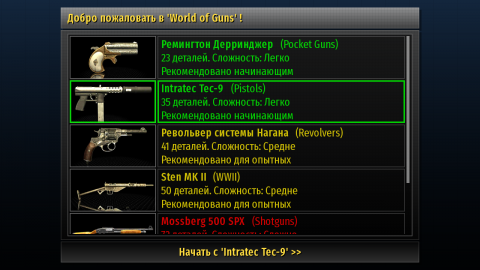 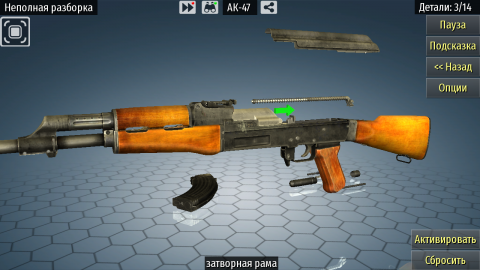 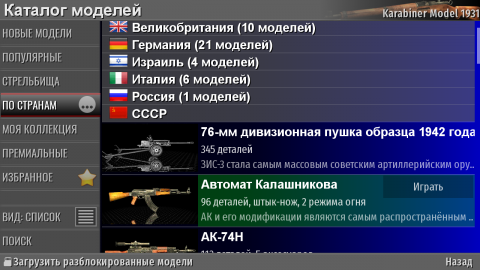 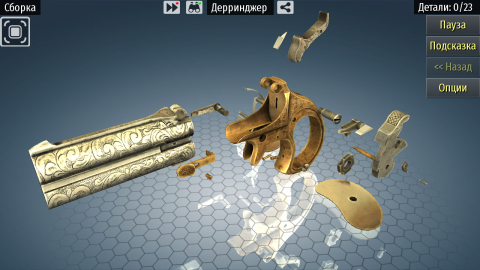 First, we suggest to disassemble one of the six initial models, where the complex — a well-known Kalashnikov AK-47, but the most simple is a legendary pistol Remington Derringer (looks the vintage gun as much as 1860 was wonderful). To make a partial dismantling is easy, but the full is much harder. And that is to collect the dismantled weapon back! At first, parts not so much, but then begins the real nightmare: experts, of course, laugh, but remember where there was one tiny part of a few dozen miniscule parts really easy. But it is very interesting! 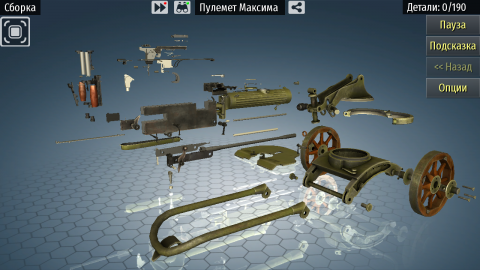 For study models, performance standards and achievements when you receive the player scores points. They can open new types of weapons, moving from the center of the game card models to its borders. Want to get full access to immediately can buy sets of models or subscribe with real money. In addition, 23 models of Soviet and Russian weapons and technology in the promotion made free for the countries that once were part of the USSR. Read more about the campaign can be read here. 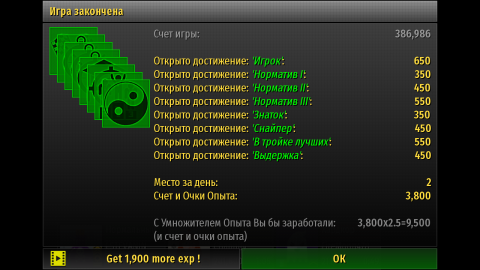 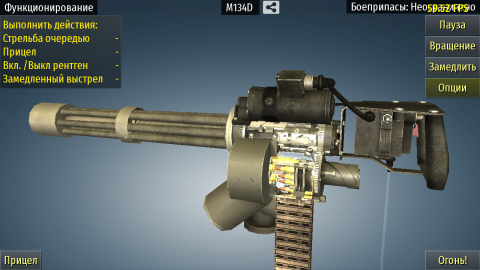 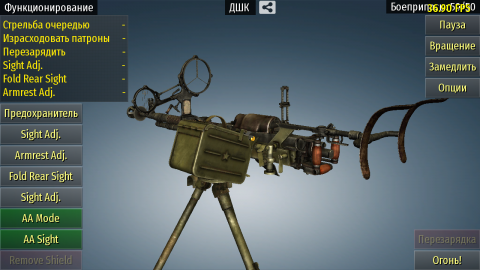 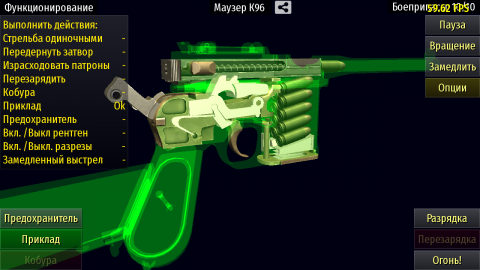 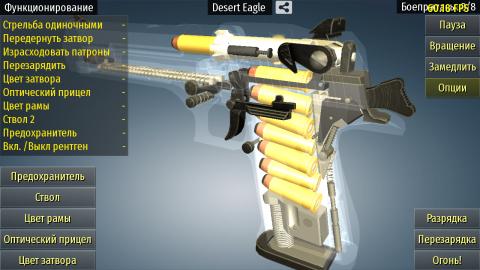 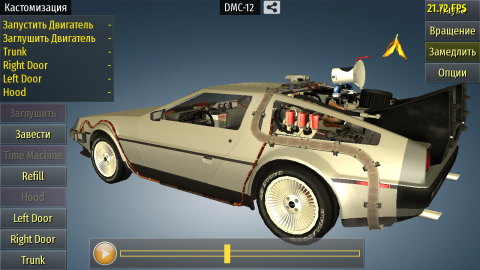 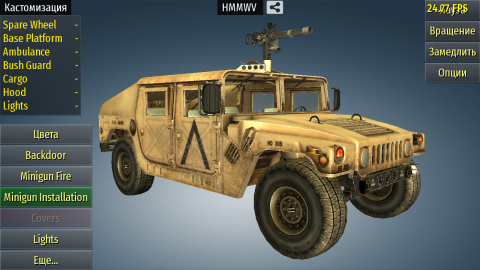 In World of Guns several modes of interaction with weapons. After disassembly-Assembly, full or partial, in a special mode, you can see how this model operates. It for detailed study there are several tools: x-rays, slowing the breakdown of the model, name of parts, as well as the ability to hide any detail. 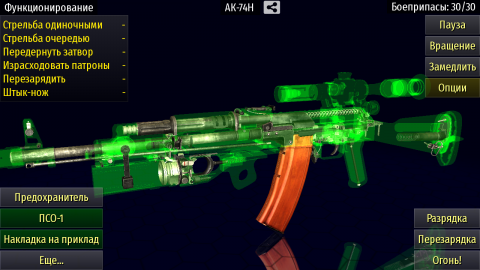 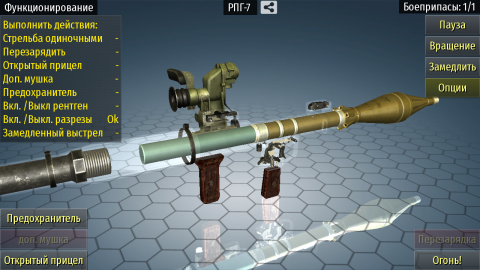 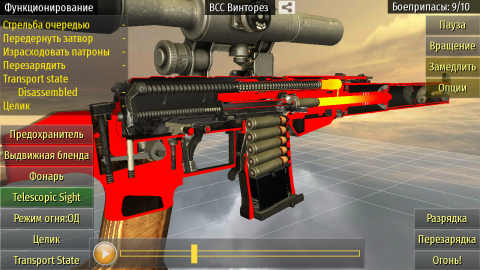 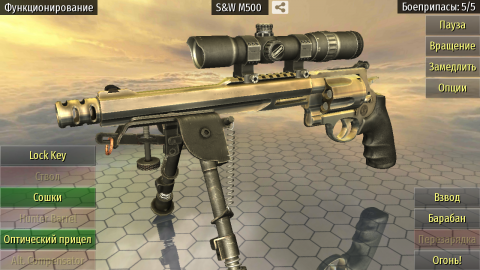 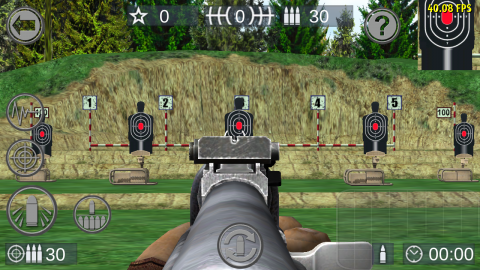 There are shooting ranges — ten — where it is possible to shoot in this dash. So far, the choice of weapons is limited to ten models, but the developers plan to add new ones. Open the shooting range only to achieve a certain number of points. 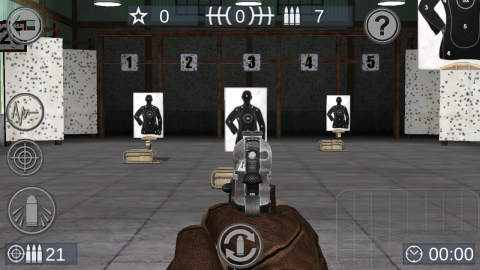 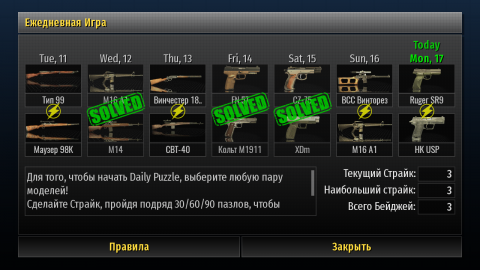 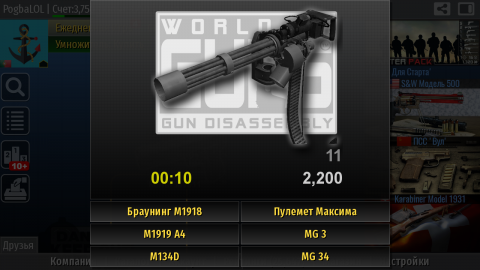 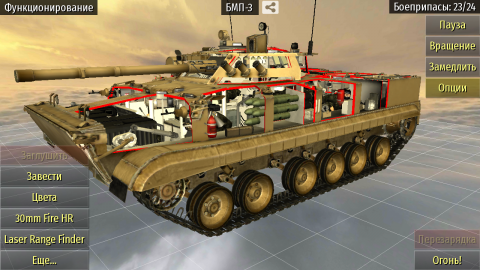 In addition, there is a built-in mini-games: Spetstest (Quiz) — define model silhouette, and a Daily Puzzle in which the screen shows the contours of the two models and their name. In the center of the screen are alternately displayed items, and the player needs to guess which of the models they belong to.

The bonus for interaction are available unique models, even more complex:

The picture in the game very nice: the 3D models look realistic, no pixilation, graphical artifacts or “soap”. In the settings you can change the quality of the shaders for fast work on outdated devices. By the way, World of Guns you can install not only on Android devices, there are also versions for PC, MAC and Linux. There is, of course, the picture is even nicer. And very soon promise to release a version for iOS. 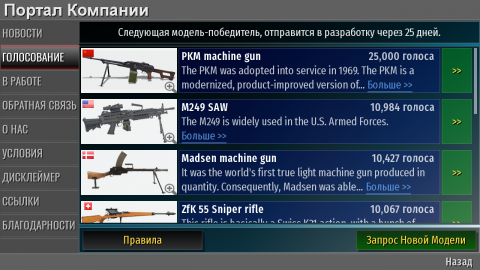 Interestingly, the project is developing with the active participation of users — anyone can vote for future models and even order your own. There you can see the history of releases in recent years and plans for the future.

The game system is implemented cloud saves progress, the same for all supported platforms: player can start the game at home on the PC, continue on your smartphone on the way to work and then at lunchtime on Facebook. Convenient, do not say anything.

READ  Discounts on apps and games for iOS: January 31,

World of Guns: Gun Disassembly is a very serious project, even for the PC, not to mention mobile platforms. For collectors and lovers of history of weapons the game gives you the opportunity to get acquainted with historical and rare models or even single prototypes (e.g., Jackhammer). For those who are enrolled gun or owns a gun is a great simulator that will show how to construct the model. And for the hardcore players, respecting the memory games and reaction — this beautiful designer puzzle. Starting with the easiest models to the most complicated mechanisms of automobiles, motorcycles, planes, and tanks (more than five hundred items) — all done very efficiently and reliably. Many grateful comments from military and police trainers from different countries, owners of gun shops and schools — another proof.

And you know how the “Minigun” on the inside? World of Guns — the most realistic in the world of 3D-a simulator of the internal device of the weapon (and other mechanisms from the tank to a time machine). Find out what is inside the legendary pistols, rifles, machine guns, grenade launchers and artillery guns… And disassemble them apart to the last screw! 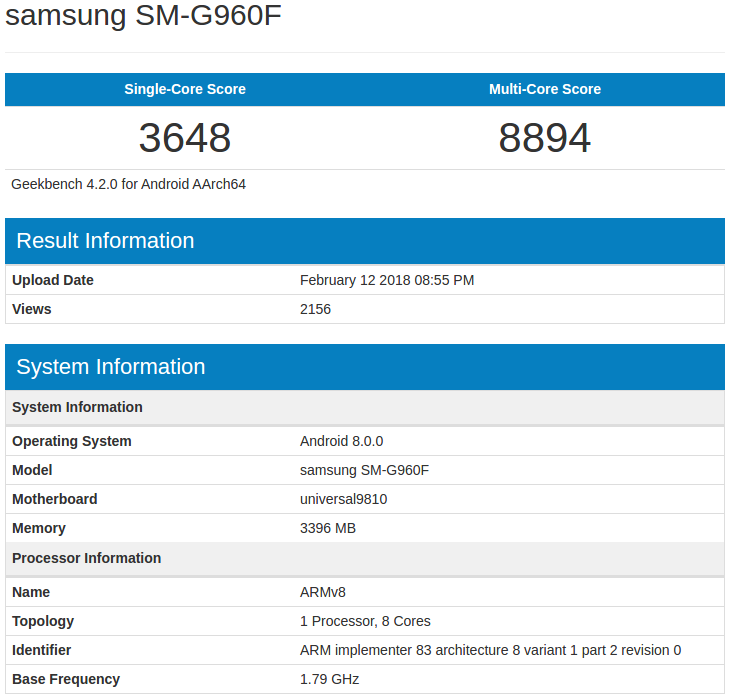 Galaxy S9 Appears On Geekbench With 4GB Of RAM, Exynos 9810