Xiaomi smartphones are very popular due to the relatively low cost, which asks the manufacturer for modern hardware “stuffing”. Also fans of this brand last but not least choose Xiaomi smartphones because of the original firmware MIUI, which has some differences from the “pure” version of Android on the part of the user interface, customization and possibilities. As it became known, soon Xiaomi can release the first smartphone without MIUI.

The device was spotted in the database of the Indonesian Agency POSTEL. Judging by the description, it will be a special version of the recently released Xiaomi Mi5X. He will get the same features, including Full HD display and a dual camera, but instead of MIUI will work on a “clean” version of Android. The smartphone will be released under the Android One. It is reported that the phone will be named Xiaomi A1.

Note that this is not the first time Xiaomi has partnered with Google. Last year they released for the American market the Mi Box set-top box running Android TV.

Probably Xiaomi A1 is designed only for Indonesia market, because in China many Google services is prohibited that violates the ideology of the Android One. 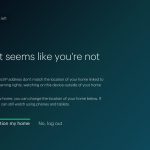 Can I Watch Hulu Live TV Away From Home? 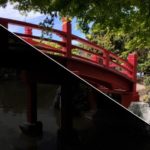