With the release of iOS 14.5 and the App Tracking Transparency feature, multiple companies that have ad-based businesses have been getting concerned as Apple’s privacy policies now let users opt-out of being tracked by third-party apps. Last week, Alibaba Group invited some marketing executives to discuss what to do about the changes introduced with iOS 14.5.

The Chinese group owns one of the largest e-commerce companies in the world, and also has an extremely popular online ad platform in China. The privacy changes introduced in iOS 14.5, of course, have not made the company happy.

According to The Information, half a dozen marketing industry executives went to Alibaba’s headquarters in Hangzhou to discuss how the company can protect its revenue following the introduction of App Tracking Transparency on iOS. However, the report heard that the company has not reached a consensus on how to deal with Apple’s new privacy policy.

China is one of Apple’s largest markets, with more than 300 million active iPhone in the country. The restrictions imposed by Apple on how developers must handle user data will have a direct impact on companies like Alibaba, whose 40% of revenue comes from advertising.

Earlier this year, it was reported that some Chinese companies were working on new ways to bypass the iOS privacy system in order to keep tracking user even when they choose not to be tracked. Apple later said that App Tracking Transparency is mandatory in any region and that apps that do not follow the rules will be removed from the App Store.

READ  The Apple Store online is now available in India

Alibaba is not alone when it comes to companies that are worried about their revenue coming from advertisements. A leaked Facebook memo on Wednesday revealed that the company expects advertiser revenue (and therefore its own) to be affected as iPhone and iPad users update to iOS 14.5. 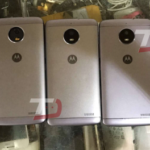 Moto E4 Plus is in detail considered in the photos 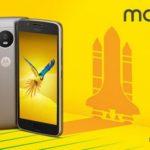