Rumors have been strongly suggesting that Apple will adopt LTPO displays in the iPhone 13 this year, which will enable higher refresh rates up to 120Hz. Although some reports have assumed that only a single model of the iPhone 13 will feature this new technology, analyst Ross Young believes that this will not be the case.

According to a recent tweet shared by Young (via MacRumors), the analyst suggests that he has heard from sources that LTPO displays will be used in at least two models in the iPhone 13 lineup. This probably means that not only the iPhone 13 Pro Max will get a better display, but also the regular iPhone 13 Pro.

Ross Young, an analyst for Display Supply Chain Consultants, already reported earlier this month that Apple will adopt LTPO displays in this year’s iPhones, as he also claims that this move will make the LTPO technology dominate the market by 2023. A previous report revealed that Samsung is likely to be the main supplier of the new displays for the iPhone 13 Pro and iPhone 13 Pro Max.

For those unfamiliar with the technology, LTPO is basically a custom OLED display that offers variable refresh rate rather than having a fixed rate like current iPhone displays. This would enable the iPad’s ProMotion technology on the iPhone for the first time, which can go up to 120Hz but at the same time reduce the refresh rate when the user is just reading or viewing photos to consume less power.

As an example, newer Apple Watch models use LTPO displays to considerably reduce the refresh rate when the user is not interacting with the screen, which is part of the Always On feature.

READ  What it’s like using the Owl car security camera

iPhone 13 is expected to be introduced sometime in the second half of 2021, presumably between September and October. 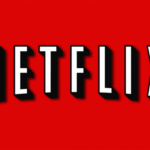 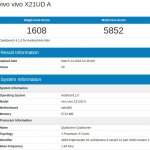