Apple has quietly stopped selling its Beddit Sleep Monitor in the United States and other countries, nearly five years after it first announced its acquisition of the Beddit sleep tracking company.

Since that acquisition, Apple launched a new Beddit Sleep Monitor 3.5 towards the end of 2018, making a handful of minor changes to the product. Other than that, however, Apple hasn’t given much attention at all to the Beddit brand — both in terms of hardware and software.

In fact, many of the changes Apple has made to Beddit have focused on removing features. The app lost its cloud syncing functionality in 2018, while the Beddit Sleep Monitor 3.5 dropped support for Android as well as at least eight other features that came with Beddit 3.0.

Now, over three years since the introduction of the Beddit Sleep Monitor 3.5, Apple has discontinued the Beddit hardware line altogether. The product may still be available from select retailers, but it has been completely scrubbed from Apple’s website and attempting to purchase the product from Beddit’s website takes you to the same broken link.

Up until this discontinuation, Apple had been selling the Beddit Sleep Monitor for $149.95 in the United States. The company described it as a way to automatically measure sleep time, heart rate, breathing, snoring, bedroom temperature, and humidity. The Beddit Monitor itself was a small sensor strip that you placed under your mattress.

The Beddit application is still available on the App Store and the product should still work for users who had already bought it. The Beddit Sleep Monitor is available in select tother countries for purchase for the time being.

See also  Remote Work And Learning Is Here to Stay – Do You Have The Right Tools To Thrive?

When it comes to sleep tracking, Apple’s focus is now undoubtedly on the Apple Watch and the company has likely used the talent, technology, and IP from Beddit to make improvements for the Apple Watch.

The Apple Watch relied on third-party sleep tracking applications exclusively for years, but Apple added native support for sleep tracking with watchOS 7. Apple’s current implementation of sleep tracking in watchOS is pretty rudimentary, but The Wall Street Journal has reported that Apple Watch Series 8 could be the ability to detect advanced sleep patterns and sleep apnea.

Ideally, Apple has more sleep tracking improvements on the way for Apple Watch, both in terms of hardware upgrades and software improvements. 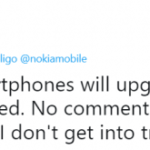 Which Nokia smartphones will be updated to Android 8.0 Oreo? 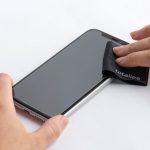 Get 30% off tempered glass iPhone screen protectors by Totallee