It is an open secret that the App Store is a huge revenue and profit driver for Apple but to date Apple has not disclosed figures that break out exactly how profitable the App Store is. Apple has previously told senators that its business does not calculate profit and loss for individual products and services.

However, new court testimony in the Apple-vs-Epic trial (which commences next week) seemingly reveals a number that Apple has tried to keep quiet. Via Bloomberg, the App Store ran at a 78% profit margin in 2019.

This figure comes from a court testimony from an Epic Games expert witness Ned Barnes. The profit margin rose from 75% in 2018 to 78% in 2019, according to the calculations from the witness.

Epic is trying to show that Apple is making excess profits because it holds a monopoly over the iPhone and iPad app market. Epic wants the court to force Apple to lower fees and allow other payment systems and alternative app stores to operate on iOS.

As part of the discovery process, Barnes said that an Apple employee told him that the numbers from Apple’s internal documents don’t show the full picture. Barnes said he then made additional calculations which resulted in higher margin estimates of 79.6% for both 2018 and 2019.

Given that Apple takes 15-30% of all in-app purchases a profit margin in the 70-80% range does not seem that unbelievable.

Billions of dollars flow through in-app purchase every year and Apple’s costs for managing the App Store are seemingly relatively small: server costs and labor for App Review and App Store editorial teams.

The spat with Epic began when Epic enabled a direct purchase system inside of Fortnite last year. The Apple vs Epic trial bench kicks off on May 3rd. Some interesting tidbits have already come out through the pretrial depositions with documents revealing Eddy Cue’s push to bring iMessage to Android in 2013 and Scott Forstall’s influence in convincing Steve Jobs and the Apple executive team to creating an App Store for the iPhone in the first place. 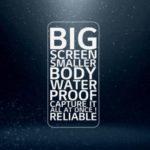 Became known exactly which processor will be installed in LG G6