As it has done for the past several years, Apple is celebrating Chinese New Year with a short film as part of its “Shot on iPhone” series. The short film comes in at 8-minutes long and is entitled “Daughter.”

“Daughter” stars the popular actress Zhou Xun and was directed by Theodore Melfi. It was shot entirely on iPhone 11 Pro. Here’s Apple’s description for the video:

Apple has also shared a behind the scenes video showcasing how Melfi and used iPhone 11 Pro to “bring the touching story ‘Daughter’ to life.”

Go behind the scenes with director Theodore Melfi, Cinematographer Lawrence Sher, and actress Zhou Xun to see how they used the iPhone 11 Pro to bring the touching story ‘Daughter’ to life.

You can watch both of the new videos below. The release of these videos comes after Apple launched its second annual “Shot on iPhone” competition this week. Apple is seeking the best iPhone Night mode photos shot by owners of any of the iPhone 11 and iPhone 11 Pro and you can find the details here.

You Will Be Able To Buy The OnePlus 8 From Verizon
Best Of CES 2020: Alienware UFO Concept 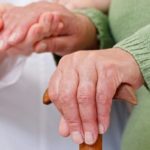 The first manifestation of Parkinson’s disease may be registered in the intestine! 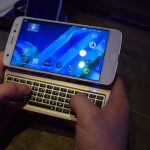 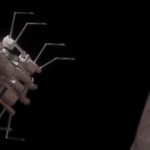