Apple TV+ has won the rights to hot Sundance film ‘CODA’, which premiered at the film festival on Friday. The film received a warm reception from early viewers and critics.

As reported by Deadline, a bidding war for the film raised prices to a new record for Sundance film, with Apple securing the deal for $25 million.

At $25 million for worldwide rights, that makes Apple’s purchase of CODA the biggest deal ever to take place at Sundance, beating out last year’s $22.5m purchase of Palm Springs by Hulu.

CODA is a drama feature which follows a high school senior, Ruby played by Emilia Jones, who is the only person in her family is not deaf. She has to choose between chasing her dreams in the music industry, or staying at home to help her parents.

Apple has been ramping up its original films division with the streamer wielding major properties under its belt. In 2020, Apple TV+ debuted “Greyhound”, “On The Rocks”, “The Banker” and animated feature “Wolfwalkers” — with the latter showing potential as a contender to grab the Oscar for best animated film.

A release date for CODA is yet to be announced by Apple, but as the film is already filmed and finished, you can expect to see it premiere later in 2021.

Other major upcoming movies by Apple include “Emancipation” (which Apple won the rights to produce last year in another record-setting deal), Martin Scorsese’s “Killers of the Flower Moon”, Ridley Scott’s “Kitbag”, “The Sky Is Everywhere” in collaboration with A24, “Swan Song”, and others.

A flatpack, modular, flexible furniture system that grows with your needs without taking up space!
How To Improve Battery Life On Samsung Galaxy S21 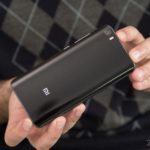 Xiaomi Mi6 has survived a fire, a knife and flexion (video) 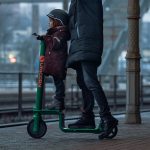 A Scooter for Navigating Our Crowded Cities