An all-new Apple Southpoint in Durham, North Carolina will open to customers on February 15 at 11 a.m.

Wrapped with glass on two sides and shaded by a plank canopy roof, Apple’s redesigned store in The Streets at Southpoint is steps away from its old location. The new store sits next to the mall entrance, facing Pottery Barn and West Elm. Apple rebuilt a space previously home to Restoration Hardware.

The new Apple Southpoint will be a significant upgrade for customers and Apple’s teams, adding the latest design elements like a Forum, Video Wall, and Avenues.

Tap on the arrows in the interactive model below to explore the new store and see its location.

All Apple Stores in North Carolina temporarily closed on January 16 due to COVID-19, and all but Apple Southpoint reopened on February 8. Construction of the new store largely wrapped up several months ago, but Apple has handled new store openings gingerly since the start of the pandemic in the interest of health and safety.

While a new space is exciting to celebrate, it would be remiss not to mention the inadequate sendoff the old store received. The original Apple Southpoint opened on March 9, 2002, making it one of Apple’s oldest and most historic stores. The location was one of the last three in the world with a black metal facade flanked by a pair of glowing Apple logos and wood floors throughout — part of the original store design Steve Jobs unveiled nearly 20 years ago.

When North Carolina’s Apple Stores closed in January, all were operating as Express storefronts, meaning customers were not allowed inside for browsing. There was no public indication the store’s temporary closure would be its final farewell. Store moves are typically celebrated with a farewell clap out from customers and employees. The historic Apple Southpoint slipped away in the night, stealing a piece of Apple Retail tradition without a goodbye.

Visits to the new store on opening day will be limited, so make sure to check for an available appointment to Shop with a Specialist. All Apple Stores in North Carolina are still operating as Express storefronts as of February 13, but the situation can change at any time. Health and safety precautions are still enforced at every store location, and Apple encourages customers to shop online with Apple Pickup when possible.

Attend a store opening? I’d love to share your photos.

These smart heated gloves and socks maintain the exact temperature you need to keep you toasty this winter
What Is An MVNO? Everything You Need To Know 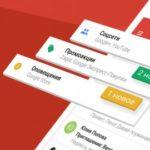 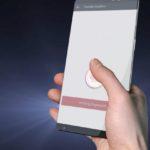 The fingerprint scanner integrated into the smartphone screen (video)