End of an era: As promised, Adobe is officially ending support for Adobe Flash today

The end is officially here for Adobe Flash. As previously announced, Adobe has confirmed that it will no longer provide support for Flash Player after December 31, 2020, and it will block Flash content from running in Flash Player beginning on January 12, 2021.

The writing has been on the wall for the end of Adobe Flash for years. Way back in 2017, Adobe announced its plans to drop support for the Flash plug-in by the end of 2020, and it is now making good on that promise.

As Adobe has worked to wind down Flash over the last three years, Apple’s message has been consistent. The company emphasized on its WebKit blog at the time of Adobe’s announcement that the transition from Flash began in 2010 for Apple users:

Apple users have been experiencing the web without Flash for some time. iPhone, iPad, and iPod touch never supported Flash. For the Mac, the transition from Flash began in 2010 when Flash was no longer pre-installed. Today, if users install Flash, it remains off by default. Safari requires explicit approval on each website before running the Flash plugin.

But of course, the relationship between Apple and Adobe in regards to Flash had been strained for years, ever since Steve Jobs famously published his “Thoughts on Flash” piece back in 2010 to address what was a major point of criticism at the time for iPhones and iPads as computer replacements.

I wanted to jot down some of our thoughts on Adobe’s Flash products so that customers and critics may better understand why we do not allow Flash on iPhones, iPods and iPads. Adobe has characterized our decision as being primarily business driven – they say we want to protect our App Store – but in reality it is based on technology issues. Adobe claims that we are a closed system, and that Flash is open, but in fact the opposite is true.

In the letter, Jobs bemoaned Flash for its many flaws, including things like reliability, security, battery life, and performance. While Adobe contested Jobs’ claims at the time, Apple never did bring Flash to the iPhone and iPad, and Flash’s downfall began shortly thereafter.

Adobe has a website dedicated to providing information about the end-of-life plans for Flash, saying that users should uninstall Flash from their computers immediately to “help protect their systems.”

You can find more information on the Adobe website. 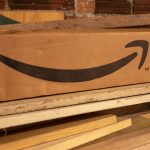 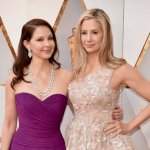 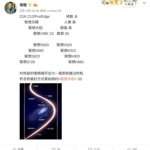