Intel CEO Pat Gelsinger today announced some important news for investors. The company is adopting a new business strategy called IDM 2.0, which includes a $20 billion investment in new facilities in Arizona, launching Intel’s 7-nanometer processors for computers, and also opening up its production capacity to build custom chips for other companies.

As reported by Business Wire, Gelsinger today shared his idea for the evolution of Intel’s business model, which he calls “Integrated Device Manufacturing” or “IDM 2.0.” Intel wants to expand its operations to not only expand the development of its own chips, but also to build chips for third-party vendors.

The company will start with an estimated $20 billion investment to build two new plants in Chandler, Arizona. Intel opened a new factory there in 2020 that has been used to produce the company’s 10-nanometer processors, while the two new facilities are expected to start construction this year.

Intel has reinforced that the company is working on its first 7-nanometer computer processor called Meteor Lake, which has been delayed several times but is now expected to be finished in the second quarter of 2021 — although it will not ship until 2023. However, Intel’s strategy now goes beyond its own chips.

As competition has been increasing with AMD and other companies like Apple, which recently began transitioning from Intel processors to its own chips in Macs, Intel now wants to take a step further and open up its production capacity to build and deliver custom chips for third parties. The company wants to use its facilities in the US and Europe to meet the global demand for semiconductor manufacturing.

As part of Intel’s Foundry Services, the company is announcing that it will work with customers to build SoCs with x86, Arm, and RISC-V cores, as well as leveraging Intel’s IP portfolio of core design and packaging technologies.

Interestingly enough, Intel will also work with RISC-V and ARM architectures to build custom chips, which is what Apple uses for its Apple Silicon chips. In a Q&A session with the press (via Engadget), Intel’s CEO made it clear that he even wants to convince Apple to use the company’s infrastructure for building its own chips.

Gelsinger mentioned that Intel is currently working with partners, including Amazon, Cisco, IBM, and Microsoft. But he pushed a bit further during a Q&A session with press, saying that he’s even pursuing Apple’s business.

This doesn’t mean that Apple will partner with Intel again, but it will be curious to see the two companies working together again in the future since Apple has said that it won’t have any more Macs running on Intel processors by 2022. Both companies had a strong partnership since Apple switched from Power PC to Intel in Macs 15 years ago, but now Intel doesn’t seem happy with Apple ditching its processors as Apple Silicon Macs are now a reality.

More information about Intel’s plans for the future can be found in the company’s official newsroom. 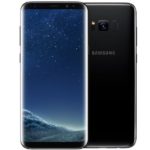 In Korea before Samsung Galaxy S8+ with 6 GB of RAM 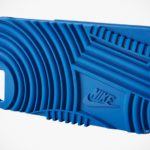