It has only been one day since Apple discontinued the iPod touch forever. And although the company said that customers could still buy the product “while supplies last,” it seems that the supplies didn’t last very long. Right now, the iPod touch is completely sold out in the US Apple Online Store.

By Wednesday morning, there were still a few iPod models available – mostly versions with 32GB of storage. However, at the time this article was published, it is no longer possible to buy any iPod touch models from Apple’s website.

The seventh generation iPod touch was available in six different colors: Space Gray, Silver, Pink, Blue, Gold, and Red. Customers could choose between versions with 32GB, 128GB, and 256GB of internal storage. However, all models are now gone in the US. Although the iPod touch webpage is still available, the product is now labeled as “sold out.”

As for other countries like Brazil, Canada, France, and the UK, you can still find some iPod touch models available at the Apple Online Store. It seems that Apple only has a few units left in stock, so it shouldn’t take long before the iPod touch disappears worldwide.

For those in the US who still want the chance to buy one last iPod touch, there are still a few Apple Retail Stores with units available. Of course, you can also look for iPod touch units in other stores like Amazon.

The end of the iPod

Although the end of the iPod touch wasn’t predicted by any rumors, it wasn’t exactly a surprise. The iPod touch was the last product available under the iPod brand, as Apple had discontinued iPod nano and iPod shuffle in 2017.

The latest iPod touch available was released in 2019, but it had no changes compared to its predecessor except for the A10 Fusion chip, which ensured more performance and longer support for software updates. The seventh generation iPod touch was also the last officially available 4-inch device in Apple’s lineup. 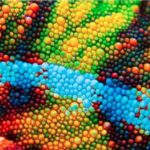 China has created artificial electronic “skin” that changes the color of 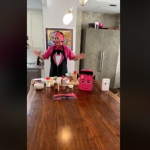 Zoom Is Adding A New Feature To Avoid Awkward Situations