After hundreds of MacBook Pro workers at a Quanta plant broke through barriers in protest of tough COVID-19 lockdown conditions, the company has indicated that it is now paying significant incentives in an attempt to retain enough staff.

All in, the disruptions saw the MacBook assembler’s profits halved in the second quarter, and the company said it took more than two months to return to full production …

Quanta Computer made the disclosures after the company described its Q2 financial results as “disappointing.”

Most countries around the world have, to a greater or lesser degree, concluded that we have to find ways to live with COVID-19, in the same way we do with flu.

However, China is taking a different path, aiming to use a variety of measures to eradicate the virus from the country – including strict lockdown measures when outbreaks do occur. This saw massive lockdowns in Shanghai and elsewhere back in April.

Quanta is the world’s biggest contract manufacturer of laptops, and Apple’s biggest MacBook assembler. The company was forced to completely halt production at its Shanghai plant.

The company later got permission for “‘closed-loop” production processes, where workers live in on-site dormitories, with none of them allowed to enter or leave the facility for a month or more at a time. Additionally, Quanta did not allow workers to return to their on-site dormitories during breaks.

These brutal conditions saw hundreds of MacBook Pro workers storm barriers in May. It was reported that even with closed-loop production, there were still COVID-19 cases at the plant, and workers feared even greater restrictions as a result.

Bloomberg reports that Quanta’s financials took a dramatic hit as a result of the shutdown, and a slow restart.

MacBook assembler Quanta Computer Inc. said its Shanghai campus recovered from Covid-related disruptions more slowly than expected, halving its profit. Net income for the second quarter came in at NT$3.96 billion ($132 million), down 50% and below the average estimate of NT$4.3 billion […]

Spokesperson Carol Hsu said the company obtained approval to resume operations in a closed-loop system [in April], but the restart was bumpy due to logistics disruptions and a shortage of workers. The Shanghai unit returned to full production only in late June, she said.

Quanta said that another reason for reduced profitability was increased expenses in dealing with the problem. These include recruiting new staff, and paying incentives to existing ones to put up with the conditions.

While the company didn’t specify the size of the bonus payments to MacBook workers, the fact that it has named this as a factor in its poor financial performance – and is warning of continued impact into the current quarter – suggests that the sums involved are substantial.

Apple is still struggling to keep up with demand for the new M2 MacBook Air, with two- to three-week delays for the standard models when ordering online, and one-month waits for in-store pickup. A quick check of New York stores, for example, showed the earliest in-store pickup as Tuesday, September 13.

See also  A vulnerability in the Intel chips can cause hacking

Meyers Manx 2.0 Electric dune buggy is high on style and low on emissions
The Pixel 7 Might Launch On A Different Date 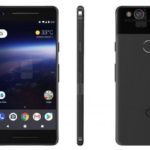 Dynamic Color For App Icons Might Come To Android 12