Microsoft has poached a veteran chip designer from Apple, according to a new report from Bloomberg. The report explains that Apple chip architect Mike Filippo has departed Apple to join Microsoft, signaling that the company is looking to “expand its own server-chips efforts.”

Filippo joined Apple in 2019 after having spent a decade as a top semiconductor designer at Arm. Prior to that, he spent time at both Intel and AMD. Bloomberg says that he is “credited with advancing the capabilities of Arm’s underlying technologies in phones and other devices.”

Apple’s A-series chips and M-series chips are based on the Arm architecture. When Apple hired Filippo in May of 2019, the hiring was widely viewed as a major boon for the company’s efforts to transition the Mac away from Intel to Arm-based Apple Silicon chips. According to his LinkedIn, Filippo worked out of Apple’s offices in Texas during his three years at the company.

This isn’t the first time we’ve heard about Microsoft’s ambitions to build its own chips for servers and Surface PCs. Bloomberg first reported on this development back in December of 2020, explaining that the move was part of Microsoft’s strategy to reduce its reliance on Intel. Sound familiar?

For Apple, this departure comes after Intel earlier this month poached Apple’s director of Mac System Architecture, Jeff Wilcox. At Apple, Wilcox led the transition for all Macs to Apple Silicon, including work on the M1 chip and the T2 security chip. Three former Apple engineers also launched a new chip company called Nuvia in 2019, which was eventually acquired by Qualcomm.

To help combat employee retention issues, Apple granted many of its top engineers major stock bonuses at the end of 2021. These bonuses reportedly ranged from around $50,000 and $180,000, and most are set to vest over four years. 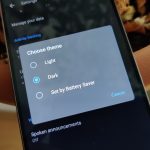 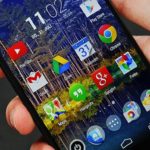 5 useless apps that it is better to remove Android