For individuals or businesses that don’t want to go for Office with the Microsoft 365 subscription, the latest one-time purchase version is still Office 2019 for Mac (originally launched in 2018). Now the company has revealed that the successor, Office 2021 will launch sometime “later this year” along with sharing a few details on what to expect.

There will be two new alternatives to the cloud version of Office/Microsoft 365 for Mac and Windows this year – a consumer/small business Office 2021 and a commercial Office 2021 for larger businesses and other organizations (via The Verge).

Microsoft hasn’t fully unveiled what changes and new features Office 2021 will bring but it looks like the software on the whole will be very similar to the 2019 version.

The Verge does say though that the new commercial version, Office Long-Term Servicing Channel (LTSC) should feature “things like dark mode support, accessibility improvements, and features like Dynamic Arrays and XLOOKUP in Excel.” And adds that the consumer Office 2021 should too.

But by and large, it looks like Microsoft will continue the trend of bringing the latest new features to Office for Microsoft 365 subscribers first.

Microsoft is also changing the support window for Office 2021 LTSC to five years with pricing going up 10%, pricing for the consumer version will stay the same:

Office LTSC will now only be supported for five years instead of the seven that Microsoft has typically provided for Office. Pricing for Office Professional Plus, Office Standard, and individual apps is also increasing 10 percent for commercial customers, with the Office 2021 consumer and small business pricing remaining the same.

Office 2021 LTSC will see a preview in April but Microsoft says the consumer version won’t get the same treatment. Microsoft is currently planning a 2H 2021 release for the new LTSC version of Office. It’s unclear for now if the consumer 2021 Office for Mac and PC could arrive sooner.

READ  Dealmaster: Get Amazon’s Fire TV Stick with Alexa for $30 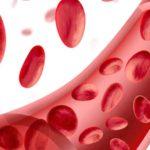 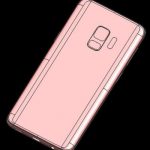