Sony brings AirPlay, HomeKit, more to its 2021 TV lineup with displays up to 100 inches

Ahead of CES 2021, Sony has announced that it will be expanding its 4K and 8K TV lineup with a fresh batch of displays back by the new “Cognitive Processor XR.” We’ll be seeing new OLED and LED panels as part of this announcement, which will feature integrated AirPlay, HomeKit, and Apple TV support, expanding the brand’s previous offerings that also delivered similar features. Sony is also making room for Google TV support, as well, which will bring even more streaming services, apps, and smart home control to the mix. With various models up to 99 inches in size, this is shaping up to be one of Sony’s most diverse lineups in years. Head below for full details on today’s announcement.

All told, there will be five new lines of TVs coming to market during “spring of 2021,” according to the press release. At this time, we don’t have any details on pricing, but we can point out some differences between the entire lot.

Sony will be making AirPlay and HomeKit functionality available on every one of its 2021 TVs. Considering that not too long ago you wouldn’t find Apple’s software on any third-party offerings, it’s pretty incredible to see how far these relationships have come.

Users will be able to stream content from Apple TV services or beam directly from iPhones, iPads, and Macs to any of these displays. As well, bringing HomeKit to the mix delivers additional functionality that’s particularly great if you’re already well into Apple’s ecosystem but don’t want to by one of their streaming media players.

Display sizes for every shopper

Perhaps most impressive from today’s news is the wide range of display sizes coming down the pipeline from Sony. The brand’s latest TVs will start at 49.5 inches in size and go up all the way to nearly 100 inches. There will be a mix of 4K, 8K, LED, and OLED panels included this year, offering up one of the most versatile lineups we’ve ever seen from Sony.

Sony is also really pushing its new Cognitive Processor XR, which it describes as follows:

Powered by the Cognitive Processor XR, the brain of the new BRAVIA XR, the televisions use a completely new processing method designed to replicate the ways humans see and hear. When we see objects, we unconsciously focus on certain points. Cognitive Processor XR, powered by cognitive intelligence, divides the screen into numerous zones and detects where the ‘focal point’ is in the picture. While conventional Artificial Intelligence (AI) can only detect and analyze picture elements like color, contrast and detail individually, the new processor can cross-analyze an array of elements at once, just as our brains do.

Pricing and availability details are pretty thin at this point, but we expect more to be coming down the pipeline soon. Sony is slated to release pricing in the next month or so with the full lineup hitting store shelves in the spring of this year.

READ  Making The Grade: USB-C is the standard that IT departments need 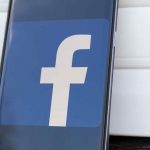 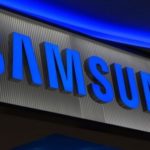 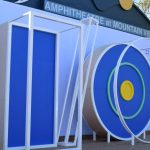