The report cites three sources “close to the situation” and says that Taylor Swift is set to headline the Super Bowl LVII halftime show in 2023. This report comes just 12 hours after it was announced that Apple and the NFL had reached a deal for Apple Music to take over the sponsorship of the Super Bowl halftime show starting next year.

Taylor Swift fans quickly started to read the tea leaves when the Apple Music deal was announced overnight. One of the most common reasons was that Swift’s upcoming album is called “Midnights,” and the deal between Apple and the NFL was announced at midnight. That’s certainly a bit of a reach, but Variety points out a more compelling theory.

Pepsi has been the Super Bowl halftime sponsor since 2013, the same year that Swift inked a long-term deal with Coca-Cola. It’s unclear whether this partnership actually prohibited Swift from performing at a Pepsi-sponsored halftime show, but it certainly “would have been awkward.”

But beyond those theories, Variety says it has three sources close to the situation who have confirmed that Swift is indeed lined up to be the Apple Music Super Bowl halftime performer in 2023.

See also  Grab The Lenovo Smart Clock From Walmart For $39 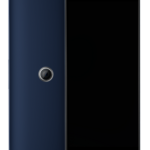 Gravity Phone has top and bottom 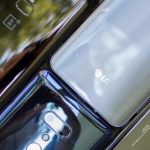