Last week, Apple CEO Tim Cook agreed to testify in the U.S. House Judiciary Committee antitrust probe later this month, with the date to be announced. The House Judiciary today confirmed that Cook and other CEOs of big tech companies will be heard on July 27.

Congress aims to find out whether the largest tech companies are pushing unfair competition against small companies and whether these decisions affect consumers. In Apple’s case, the concerns generally center on the cut the company takes from App Store sales and in-app payments and subscriptions.

Since last June, the Subcommittee has been investigating the dominance of a small number of digital platforms and the adequacy of existing antitrust laws and enforcement. Given the central role these corporations play in the lives of the American people, it is critical that their CEOs are forthcoming. As we have said from the start, their testimony is essential for us to complete this investigation.

Besides Tim Cook to represent Apple, other CEOs will participate in the hearing: Jeff Bezos from Amazon, Sundar Pichai from Google, and Mark Zuckerberg from Facebook. Since these CEOs confirmed that they would testify, Tim Cook was being pressured to be present at the hearing.

The House Judiciary Antitrust Subcommittee will hold a hearing with the CEOs of Amazon, Apple, Facebook, and Google, who will testify as part of the Committee’s ongoing investigation of competition in the digital marketplace. Under current House Rules, witnesses and Members are allowed to appear virtually. Further details regarding hearing format to be announced.

It’s important to note that Apple is facing a number of anti-competitive practices accusations recently, including an investigation by the European Commission regarding App Store and Apple Pay.

The hearing will take place on Monday, July 27 at 12:00 PM ET and will be broadcast live on the web.

MOFT’s genius laptop sleeve transforms into an angled stand using the power of origami!
LG Trademarks A Battery Of 5G Mid-Range Smartphones For 2020 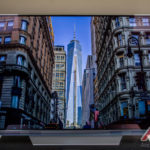 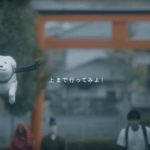 The dog-drone became the official mascot of the Japanese city 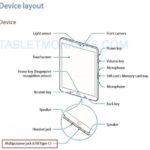