Twitter has been working hard on Spaces, its new live audio chat platform that works similarly to Clubhouse. Ahead of launching the platform for all users this month, Twitter has now confirmed that Spaces will also be available on the web for desktop users.

Right now, users can only join a Spaces through Twitter’s mobile app on iOS and Android. However, the company confirmed to The Verge today that Spaces are coming to desktops. Clubhouse, for instance, remains available exclusively to iPhone users, so having Spaces on iOS, Android, and desktop will give Twitter a big advantage.

A logical next place for Spaces to show up would be on the web, and unsurprisingly, Twitter is working on the feature for browsers, the company confirmed to The Verge.

The confirmation came shortly after researcher Jane Manchun Wong found the Spaces interface on the desktop version of Twitter, which looks basically the same as the mobile version. Interestingly, a developer working on the Twitter Spaces team had already revealed the feature working on the web a few days ago, as you can see below:

Interestingly, although Spaces is available on iOS, it only works on the iPhone for some unknown reason. Perhaps the desktop version will also enable the feature on the iPad as well.

With Spaces, Twitter users can create and enter different rooms to chat with other people using only their voice. The feature was available to a limited number of users, but now almost everyone has access to it as the official release approaches. Twitter hasn’t said when Spaces will be available on the web.

This Apple Car concept has ‘familiar’ cheese-grater inspired wheels, and supports wireless-charging
Users Prompted To “Connect SimpliSafe” In Google Home Due To Error 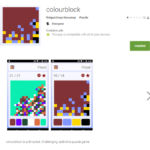 In Google Play a dangerous kind of viruses 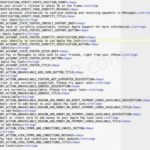 Apple Pay Cash will collect the passport data of the users 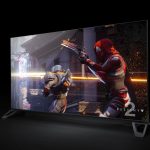 Android TV Made Quite An Impression At CES 2018