Apple has been facing several accusations of anti-competitive practices in multiple countries as investigations into the company’s dominant position go on. Now the U.S. Department of Justice is looking into the fact that Apple forces developers to adopt the “Sign in with Apple” button if the app has other third-party login methods.

As reported by The Information, investigators want to know if the “Sign in with Apple” button makes it harder for users to migrate to another platform, such as Android or Windows. While some members of Congress praise Apple for its privacy efforts, others believe that the company has been abusing its control over the software on its devices to harm its competitors.

Sources for the report said that some developers began filing complaints about the sign-in button with US investigators last summer. “Sign in with Apple” was introduced in 2019 as an easy and secure way to create an account on apps and websites using just an Apple ID.

However, while using “Sign in with Apple” in iOS and Mac apps is somewhat optional for developers, Apple forces them to use its own solution if the app already offers login through Facebook, Google, or other services. Two developers told the DOJ that they removed all sign-in buttons from their apps only because they didn’t want to adopt Apple’s button.

Representatives of two iPhone app developers that complained to DOJ investigators about Apple’s requirements told The Information that after Apple made its sign-in button mandatory, they removed all sign-in buttons from their app because they didn’t want to include Apple’s and potentially lose out on gaining information about their customers.

These developers told investigators that the Apple button cuts them off from their users and claimed that it was another method the company uses to entrench its control over its mobile devices.

Other developers believe that “Sign in with Apple” is a great feature since it’s convenient for users, not to mention the privacy behind it, but at the same time, it reinforces Apple’s power over developers. An Apple spokesperson declined to comment on the antitrust investigation and reiterated that the sign-in feature ensures the privacy of user data.

As pointed out by the report, the DOJ’s antitrust investigation against Apple is being conducted by lawyers led by Manish Kuma, who is a “longtime veteran of the agency who is chief of the antitrust unit’s San Francisco office.” While there are multiple accusations about Apple being a monopoly, a decision on whether or not to sue Apple could take months or even years to be set.

The best games of the week: nobody will leave offended 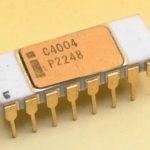 The aliens from orbit: space technology in our smartphones 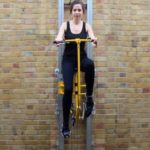