The year 2021 is shaping up to be massive for the Mac. Apple began the transition to Apple Silicon processors in the Mac last year with a new Mac mini, a new 13-inch MacBook Pro, and a new MacBook Air. Things are expected to gain more traction this year, with the rumor mill currently suggesting the first iMac redesign in a decade, new 14-inch and 16-inch MacBook Pro models, and much more.

Apple has acknowledged that it will take approximately two years to transition the entire Mac lineup to Apple Silicon chips. The new Mac mini, MacBook Air, and MacBook Pro are simply the first three Apple Silicon Macs available. We expect the following Macs to be slowly introduced over the next two years until the transition is complete.

One of the most anticipated Macs to make the transition to Apple Silicon is the iMac. The iMac received its most recent internal upgrade in August, but that update simply included new Intel processors inside, with the external design remaining unchanged.

In fact, the iMac is long overdue for an industrial redesign. The external chassis was last revised in 2012, when Apple debuted a new iMac casing that tapers down to 5mm thickness on the sides. But this design feature can only be seen from the side, and looking head-on, the iMac has remained unchanged for a decade.

Reliable Apple analyst Ming-Chi Kuo has reported several times that Apple will release a redesigned iMac with a 24-inch display sometime in 2021. Most recently, Bloomberg reported that Apple has two new iMacs in store for this year to replace the existing 21.5-inch and 27-inch models with a design similar to the Pro Display XDR.

“The iMac redesign will be one of the biggest visual updates to any Apple product this year,” the report says, while citing people familiar with Apple’s road map. This will include removing the “chin area” from the bottom, as well as a flat back rather than the current curved design. Apple is reportedly planning two versions to replace the existing 21.5- and 27-inch models “later this year.”

Past reports have indicated that Apple is developing a 24-inch iMac, which would theoretically serve as a replacement to the 21.5-inch model. Bloomberg doesn’t specifically mention the screen sizes of the new iMac design, instead only saying that there will be two versions to “replace” the existing 21.5-inch and 27-inch options.

A version of the 13-inch MacBook Pro is already available with Apple Silicon inside, but it’s rather limited: two Thunderbolt ports, a maximum of 16GB of unified memory, and a maximum of 2TB of SSD storage. We expect Apple to transition its higher-end MacBook Pros next, and there’s a lot to look forward to.

First, multiple reports have suggested that Apple has a redesigned 14-inch MacBook Pro on the way. Kuo has said that this will be released in Q2 or Q3 2021. In November, Kuo doubled down on this claim and reported that MacBooks with “all-new form factors and industrial designs” are coming in the second half of 2021.

Specifically, Kuo says that Apple has a new 14-inch and 16-inch MacBook Pro lineup slated for this year. The design changes will include squared-off sides in both the top and bottom halves of the machine, similar to the flat design of the iPad Pro and adopted in the iPhone 12 series.

READ  Making The Grade: USB-C is the standard that IT departments need

The biggest design change of all, however, is that the Touch Bar will reportedly be entirely removed, with Apple reverting to a physical row of function keys instead. This comes five years after Apple first introduced the Touch Bar in 2016, touting it as the future of Mac input method.

Kuo also says that the new MacBook Pro will include the return of MagSafe for charging, similar to the technology used in pre-2016 MacBooks. The analyst adds that the 2021 MacBook Pros will also include more built-in IO ports that mean most users will not need to purchase additional dongles.

The Mac Pro is one of the more mysterious products in Apple’s lineup and it’s unclear where it sits on the Apple Silicon roadmap. Most recently, Bloomberg reported that Apple has a new Mac Pro in the works that would be around half the size of the current Mac Pro design.

Interestingly, Bloomberg says that the smaller Mac Pro could “invoke nostalgia for the Power Mac G4 Cube.” It would be powered by Apple Silicon on the inside.

The Mac Pro is harder to predict because it features an incredibly modular design, allowing users to mix and match components and upgrade individual parts. It’s unclear how Apple Silicon will factor into this design. It’s also unclear if the new Mac Pro will come in 2021, or somewhere else down the road map.

The current M1 Mac mini suffers from similar limitations to the 13-inch MacBook Pro and maxes out at 16GB of memory and 2TB, and there are only two Thunderbolt ports on the back and no 10Gb ethernet. This is actually a downgrade compared to the previous-generation Intel Mac mini, which Apple continues to sell today.

It’s possible that Apple has a new Mac mini in line with four Thunderbolt ports and other higher-end specifications, but we’ll have to wait to find out for sure.

Finally, it’s unclear if Apple has any plans to release any additional Macs using Intel processors. At WWDC last year, Apple said that it still had more Intel Macs in the pipeline, but technically that has been proven true already with the new iMacs introduced in August.

In response to a recent report from Ming-Chi Kuo, reliable Twitter leaker L0vetodream said that the redesigned form factor was “not only for Silicon,” but this message is rather cryptic and unclear. It could be referring to Apple keeping the Intel Mac Pro around because of its high level of customization.

In fact, Bloomberg reports that in addition to the half-sized Mac Pro, Apple is also planning a version with the same design as the current Mac Pro that could continue using Intel processors for now.

It’s clear that 2021 is shaping up to be a major year for the Mac, ranging from the 14-inch MacBook Pro all the way to a completely redesigned iMac lineup for the first time in a decade. It’s not a guarantee that all of this new hardware will be released this year, but as it stands right now, we’ve got quite a bit in store for 2021.

What do you think about Apple’s ongoing transition to Apple Silicon in the Mac lineup? What are you most looking to trying? Let us know down in the comments! 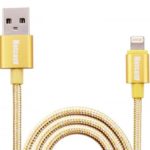 What to buy for Apple iPad Air 2 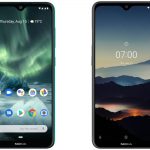 Nokia 7.2 Pre-Orders Finally Start In The US