WhatsApp announced in 2020 the rollout of a new feature that lets users transfer money through the messaging app, just like Apple Cash. The feature was first released in Brazil but then pushed back in the country due to anti-competitive concerns. However, the WhatsApp money transfer system has now been authorized in Brazil.

WhatsApp Pay, which is based on Facebook Pay, had to be delayed after the Central Bank of Brazil decided that the platform could hurt local banks and fintechs. This is because WhatsApp is the most popular messaging app in the country, with over 120 million Brazilian users.

While the Central Bank of Brazil had no intentions of permanently banning WhatsApp’s payment system, it wanted to ensure that Facebook would not use its influence to reduce competitiveness, in addition to other data privacy concerns. At that time, Facebook launched the service in Brazil without having authorization to operate as a financial institution.

As reported by Reuters, Facebook on Tuesday obtained the necessary authorization to offer peer-to-peer transactions in Brazil through WhatsApp. A WhatsApp spokesperson told the report that the company wants to re-enable the platform in Brazil “as soon as possible.” It’s worth mentioning that, at least for now, Facebook doesn’t operate as an independent bank. Instead, it requires a MasterCard or Visa card for adding funds.

The Central Bank of Brazil’s decision on WhatsApp Pay may have changed after the launch of PIX, a new local payment system that’s integrated with all Brazilian banks and provides free and instant transfers.

Both Facebook Pay and WhatsApp Pay work similarly to Apple Cash, which is integrated into iMessage and lets users of Apple devices easily send and receive money to others. Apple Cash, however, remains available exclusively in the United States. 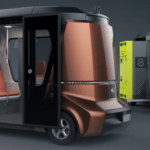 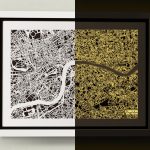 These luminous maps show what your favorite city looks like at night! 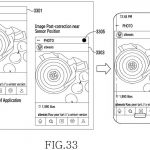