I can’t believe we’re almost there but WWDC 2021 will start in less than one month. On June 7th, we’ll finally get a first look at the next generations of Apple’s five core platforms: iOS, macOS, iPadOS, watchOS, and tvOS. Over the past several months, we’ve worked on a series of concepts for each of these operating systems. We’ve tried to carefully balance what we want to see in these updates with what’s reasonable realistic by Apple standards. While very few rumors have been floating around about these new releases, it’s even more fun to speculate what might be in store for us.

Let’s start with iOS, arguably Apple’s most important piece of software. We’ve heard very little about iOS 15 aside from a small selection of tidbits from Mark Gurman over at Bloomberg. Given Mark’s incredible track record, I’d say it’s a safe bet that these features will make it into iOS 15 or were at least included during testing.

Our iOS 15 concept includes lots of quality of life improvements and refinements rather than any major overhauls. iOS 14 was a huge release with transformational things like widgets on the Home Screen, the App Library, new privacy controls, and more.

We thought about the small things like the ability to resize existing widgets, favorite frequently used emoji, and see your Siri request history. We also thought about bigger changes to apps like Weather and Stocks as well as splitting the keychain section of settings out into its own app.

With the current investment craze, we’d love to see Apple offer the ability to track your personal positions within the Stocks app. It’s been awhile since Apple acquired Dark Sky, so it might be time for the Weather app to finally get refreshed too.

Since iPadOS and iOS go hand-in-hand, let’s talk about that one next. iPadOS 15 should accomplish a lot of things, especially since it now has to write the other half of the M1 iPad Pro story. Most of the things we want to see in iPadOS are fairly obvious and align with other folks in the industry.

The first thing we all want to see is parity with the iPhone on the Home Screen. We should be able to place widgets anywhere we want to and move apps into an off-screen App Library. We took things a tad further with ideas like a pin board for your favorite shortcuts, control center actions and files as well as ports of the dictionary and calculator apps.

When it comes to the watch, there’s a lot Apple can do. With such a focus on health, we’d love to see Apple bring a full Health app to the watch to see a cohesive overview of all of your health metrics. New apps like Hiking, Solar, and Astronomy could make it more fun to explore the world around you. Integration with Apple TV could be vastly improved with a better digital remote and the ability to start shows and movies from your watch.

New watch faces like a TV+ character face, an exclusive (Product) Red face, and more could add to the already insanely customizable catalog currently available. Quality of life improvements could include the ability to see your other devices’ battery life, a simpler classic Home Screen layout, a revised control center and a new dim display mode.

tvOS doesn’t get much love, but with a new remote and a better processor it’s poised for greatness. That is if Apple wants to make some major updates to the platform. Apple’s been toying with the idea of combining the tv app with the Home Screen seemingly for a long time. They’ve even remapped the home button on the remote to go the tv app by default. We’d like to see them bite the bullet and combine them into a super powerful Home Screen that mixes apps with content.

Simple features of Apple’s other platforms like Handoff, Night Shift, Apple News and secure authentication with Touch ID and Face ID are things we’d absolutely lose our minds over. Those four things alone would exponentially improve the tvOS experience. Apple could build on Fitness+ and create a Breathe app for the TV that connects to Apple Watch for more advanced meditation sessions. Games could get their own home and Apple could spend time improving AirPlay mirroring with the Mac.

Speaking of the Mac, I’m pretty sure that this year’s release is going to be called ‘Monterey.’ Call it a hunch, but it’s been officially trademarked by Apple and fits very much within the general theme of Big Sur. With this release, we’d love to see Apple focus on apps rather than the system. Please Apple, bring Fitness+ to the Mac. Apple Card users really want to be able to better manage their spending from their Mac and shortcuts users are itching to use their advanced creations on more powerful devices.

With iPadOS apps working on the Mac, we’d love to see TestFlight finally make the jump too. Macs that have more advanced cameras or even future ones with Face ID could have a special new Memoji Studio app that supersedes the aging Photo Booth. The only system level feature that we’d really like to see improved is notifications. Notifications feel like they’ve taken a step backwards with Big Sur and could use some polish with the next release.

WWDC is approaching rapidly and we are getting more excited by the day. What are you most looking forward to seeing this year at the conference? Let us know in the comments below! 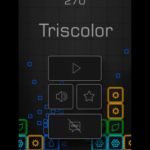 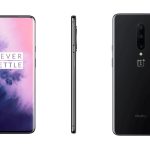 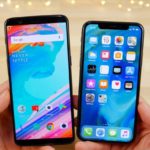