Didn’t get a Sony PlayStation 5 this year? You could build a tiny replica out of LEGO instead


Maybe it’s not quite like the real deal, but this LEGO PlayStation 5 replica definitely gives us the fuzzies! Built to look like a scaled-down version of the PlayStation 5 console and controller, it’s the perfect little toy to have on your tabletop to remind you of your obsession… and if you’ve already got a PS5, it’s a neat little keepsake to place right on top of it!

The LEGO set comes with a standard-edition console (sporting a tiny disc slot too), and a miniature DualSense controller too, all in their color-appropriate avatars. The console even comes with its own stand, which allows you to keep it standing upright, or even on its side, just like the real one from Sony!

The LEGO Sony PlayStation 5 replica is the brain-child of LEGO Master Builder Rolling Bricks, who submitted their project to the LEGO Ideas forum – a crowd-sourced initiative by LEGO to help creators make new designs with LEGO’s vast catalog of bricks. If accepted and appreciated by the LEGO Ideas community, the project gets the green signal from LEGO executives and turns from a fan-made design to a LEGO kit that people can actually buy off shelves and online stores. With 489 votes from the LEGO community, the PS5 replica still requires roughly 9,500 votes to be considered by the LEGO officials, although from the looks of it, it’s pretty easy to build one on your own, with a few simple brick shapes! Check out the video above to see how Rolling Bricks builds their own console and controller from scratch!

Win A Google Pixel 6 Pro With Android Headlines! – US Giveaway
‘Reality Tasks’ is the latest productivity app to take advantage of SharePlay 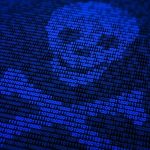 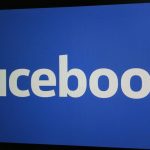 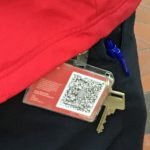 Workers wearing badges outside the office is hurting corporate security