Medical innovations that are boosting and transforming modern healthcare!

The COVID-19 pandemic has brought to us one overwhelming realization – how fragile life is. It has truly backed up something we heard all our lives, but never took quite literally, ‘Health is Wealth’. Though the vaccine is slowly finding its way in the world, the cases are still ongoing, and they’ve created tremendous pressure on the medical industry. However, designers all over the world are coming to the rescue! Medical innovations are booming. Designers have been coming up with new and improved, innovative, and life-saving medical designs that not only boost medical care but relieve some of the pressure from our tireless medical force. From a stethoscope that detects the early signs of arthrosis to an ambulance that tactfully avoids traffic, these designs tackle a variety of problems in the health and medical field. They’re a boon to modern healthcare and a reminder that we cannot take our health for granted any longer!

Literally, the size of a quarter, Adam Miklosi’s Dab is an unobtrusive Holter ECG/EKG that rests comfortably on your chest, constantly reading your heart’s movements. Designed to be minimal, non-invasive, and simple, the Dab tries to bridge the gap between medical appliances and wearables. Its tiny yet classy design sits on your chest via a gel patch, while the electrodes capture your heart activity. The Dab’s dry-electrodes allow it to be used and reused, while constantly measure one’s heart activity (requiring periodic charging via their wireless charging hub), and keep logs of accurate readings, quietly sitting on your chest while you absolutely forget that they’re even there in the first place!

This clever design safely transports spillable food for those with Parkinson’s disease. Designed by Jonas Krämer and Ayla Warncke, the Foodsling facilitates the transport of spillable foods for everyone but it was specially designed keeping in mind people who have to live with Parkinson’s disease. Due to the weakness of their musculoskeletal system, they often face mobility issues and need assistance with simple tasks like carrying their food bowls. The Foodsling is created for individual use so that it can be kept lightweight and small for the user’s ease. The designers are using soft silicone to make the final product and that will also incorporate transporting smaller vessels, the prototype already has an adjustable diameter. The Foodsling can be carried with one hand, enabling the user to hold a walking aid in the other hand. The designers carried out tests with people who suffer from Parkinson’s disease and while the design works for most of them, each person’s intensity and experience with the disease is different so we must remember that this is not one size fits all but it will be one size that fits all bowls!

The Auvis is a digital stethoscope that is structured to detect early signs of arthrosis. The instrument has built-in sensors to catch sounds emitted by joints, making it easier to pick up degenerating cartilage inside them. The arthrosis that this digital stethoscope intends to detect is a non-inflammatory degenerative condition that’s mainly associated with aging. It occurs as a person grows older and the joint cartilage becomes rugged and begins to wear out. Since, the designer says, “cartilage degeneration, the starting point of arthrosis, can neither be seen on X-Ray nor MRT,” the Auvis presents itself as a viable med gadget. Degenerating cartilage tends to generate sounds that the sensors on the Auvis can pick up to let a physician interpret the feedback and give the diagnosis. Like an ordinary stethoscope, Auvis also comprises an examining tool and a neckpiece – the only difference being, these are wirelessly connected and offer an unrestricted opportunity to examine various joints on the body.

The California Institute of Technology is working on an electronic skin, a sensor-filled sticker, that can turn human sweat into energy enough to power basic devices like heart-rate sensors, glucose-level trackers, or even a low-energy Bluetooth radio. These stickers work by harvesting ‘lactate’ from the sweat we produce. The lactate is absorbed by the electronic skin’s fuel cells – which are made from carbon nanotubes that host a platinum/cobalt catalyst and an enzyme that uses oxygen in the air to break down the lactate into water and a substance called pyruvate. CalTech’s researchers say these stickers can generate a continuous stream of energy (as much as “several milliwatts per square centimeter”), making it enough to offset the need for a battery, which the technology hopes to eventually replace.

Hearings aids have always made the user feel conscious and many will try to hide the fact that they are wearing one. The device that is meant to empower them and help with their hearing is actually doing the opposite by making them feel like they have something to be embarrassed about. Alice Turner decided to design Amplify, a hearing device that was made to be seen, to feel confident about, and to help people experience life to its full potential! Amplify was created to give the hearing-impaired demographic an added value that made the hearing aid more than just a medical accessory. “In the ’60s, glasses were aids for a disability. Now, glasses have evolved into ‘eyewear’, a fashion statement, and an extension of your personality. This shift made me question why the main innovation in hearing aid design is developing technology to make them smaller and more hidden,” says the designer on her thought process behind starting the project. Using bone conduction technology, Amplify provides users with high-quality audio for a more comfortable and wholesome sound experience. This technology enables the device to decode sound waves and convert them into vibrations that can be received directly by the Cochlea so the eardrum is never involved. Amplify essentially becomes your eardrum!

READ  Google To Deliver Android-Like Tab Switching For Some Chromebooks

How does an ambulance reach a victim in a road/highway accident when there are more than a dozen cars stuck in a traffic jam between the ambulance and the site of the accident? Up until now, the only solution was to drive in the opposite lane, weaving through oncoming traffic to get to the victim. A band of Korean designers created the Median AMB, a special ambulance that can directly reach the point of the accident without getting affected by the traffic congestion created by the accident. The Median AMB sits on the road divider/median and drives up and down the highway almost like a monorail. It features sliding doors on both sides, seating for a driver and an assistant, and an area for a stretcher that holds the victim. The Median AMB drives down the dividers, right to the victim’s location, picks them up, and brings them to a proper ambulance that can take the victim to the nearest hospital.

While the world’s scrambling to deal with the sudden explosion of the COVID-19 virus, it’s pretty refreshing to see that certain startups are pushing the boundaries when it comes to lending a helping hand in any way possible. Health startup Oura, the creator behind the 2018 Red Dot-winning Oura Ring, is teaming up with the University of California, San Francisco (UCSF) to see if the physiological data picked up by the ring combined with responses to daily symptom surveys, can predict symptoms of the illness. “The study aims to build an algorithm to help UCSF identify patterns of onset, progression, and recovery, for COVID-19”, says the team at Oura. The ‘Oura TemPredict’ study will be split into two groups, where Oura will test data collected by front-line health professionals, and data gathered by the general public. The startup plans to supply more than 2,000 healthcare workers (who are in daily contact with patients who may be afflicted with COVID-19 at UCSF campuses) with Oura rings to monitor changes in their body temperature, respiratory rate, and heart rate. Daily Symptom Surveys will be made available to all Oura Ring users too, allowing participants to send their crucial data to UCSF’s team of researchers to help them identify patterns that could predict onset, progression, and recovery in any future cases of COVID-19.

Across the globe in 2018, 2.5 million babies died within their first month of life. Collectively, Africa and Southern Asia made up approximately 87.7% of these deaths. – UNICEF. To address this issue, designers Chris Barnes and others at Cambridge Consultants of Cambridge, UK have designed a wearable health monitor for newborns in areas where current solutions are not easily available. Called ‘Little I’, their innovation empowers parents in low resource countries to monitor the health of their newborns by providing a low-cost, durable device that gives them assurance of their newborn’s survival despite lack of medical knowledge. This service is implemented by NGOs first buying and transporting the device to the community and teaching the workers how to use it. And in parallel, the mother/caregiver would hear about the device within the community and then later be provided one by a health care professional after giving birth. After 28 days, the device is returned which is then cleaned and recharged to be used by another newborn.

These ICU pods are called CURA (Connected Units for Respiratory Ailments) which means “cure” in Latin (doesn’t that make you feel a little better?) and these will help take some load off the hospitals, especially in Italy. Ratti’s Studio, Carlo Ratti Associati, and MIT’s Senseable City Lab are creating mobile field hospitals with these CURA Intensive Care pods that serve as a biocontainment unit for two patients at a time. “The aim is that they can be quickly deployed in cities around the world, promptly responding to the shortage of ICU space in hospitals and the spread of the disease,” explained the CURA team as they build the first prototype unit at a hospital in Milan. These units can be set up as fast as tents with the benefit of having hospital-level hygiene which will help contain the infection and especially help those suffering from acute respiratory problems as they need intense care. This will also ensure that the health professionals remain safe while treating the infected who will have a better chance at recovery in the biocontainment units.

Omamori (お守り) are traditional good luck charms in Japanese culture that protect the wearer of the charm. The concept of Kenkō is a futuristic take on the traditional Omamori, it does not cure illnesses or ward off evil spirits but it helps you stay healthy by being in sync with the earth’s electromagnetic frequencies. The earth is constantly emitting 7,83 Hz (also known as the earth’s breath, who knew that?!) along its surface which is believed to allow living beings to regulate their physiological functions. Scientific studies show that the earth’s natural magnetic fields have a positive influence on our brains. With the rapid development of electronic communication technologies, our bodies are getting confused between the natural and artificial frequencies which are dwindling our inherent ability to be in sync with nature. This concept device is aimed at increasing focus, coordinated neural activities, improve sleep and circadian rhythms, stabilize blood pressure and stimulate osteoblasts. Kenkō will be created to produce a 7,83Hz signal, reproducing the natural frequency using technology which will help human bodies re-establish their intrinsic relationship with being healthy naturally. It will have an LED light strip that glows when you switch on the device. Electrosmog caused by Wi-Fi and smartphone frequencies can no longer disturb the sync between the natural rhythm and your brain with Kenkō’s 1.5m protection radius around you.

Android 12 Has A New Swipe-Down Gesture For Opening the Notification Shade
The Google Workspace For Education Rebrand May Decrease Your Storage? 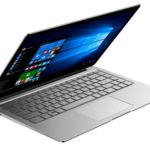 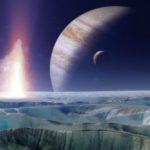