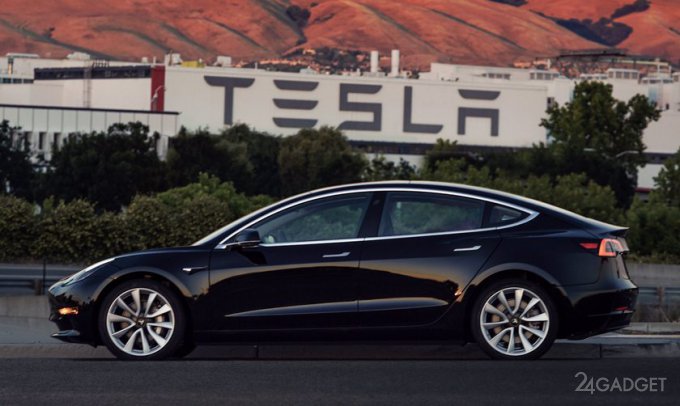 Ahead of schedule in the United States began mass production of the new Tesla Model 3. The first car has rolled off the Assembly line and presale preparation and testing. Photos of the first production car Model 3 have placed in your account by the founder and head of Tesla Ilon Musk.

Photos of the first production electric car will belong to Elon musk. Of the proposed more than 100 options, the head of Tesla chose the black body color and 19-inch wheels. For reference, the previous model Tesla Model X had about 1,500 options. Reduction options will increase the speed of the conveyor Assembly, unifies the car. The plans of the Mask to lift the Assembly line speed from 0.05 meters per second to one meter per second and to increase the production of the Model 3 to 5000 pieces per week. 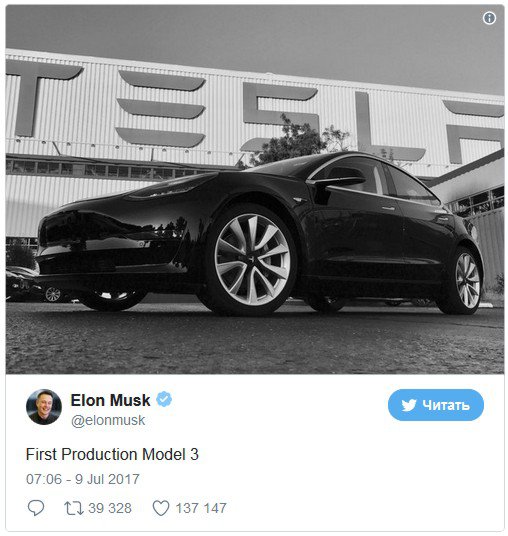 Model 3 will be the first mass electric car company Tesla, previous models were too expensive, exclusive samples. “Three” in the basic configuration will cost 35 thousand dollars, which is also a considerable amount of money, but this price is commensurate with the cars of competing companies.

At the moment the conveyor continues to operate until the end of the current month will be released 30 copies of the electric. Pre-orders, the company will have to perform before the end of 2018.

Google Brings Back The Nifty Compass Back To Maps 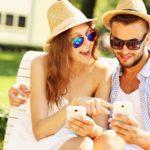 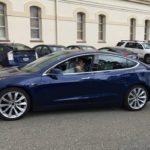