Apple and Google don’t often collaborate, but they came together to create an API for a Bluetooth-based coronavirus exposure notification system called the Exposure Notifications System (ENS). Back when this initiative was first announced, we didn’t know exactly how many US states would be on board, but Google has announced that 20 states are now exploring this technology.

If you’re unsure what ENS is, our post on the topic was pretty detailed. Basically, the tool uses Bluetooth Low Energy to ping other Android or iOS devices running it within a 10- to 15-foot radius as you go about your business every day. If someone with the tool installed reports that they tested positive for COVID-19 and chooses to share their data, people who were within close proximity of that person at some point within the past 14 days will be notified. Given the obvious privacy concerns, Google makes it clear that this is an opt-in feature, it doesn’t use location data, your identity is not shared, and only public health authorities can use the system.

Back to the actual news: Google says that 20 states and territories are “exploring” apps based on ENS, and that the first few apps would be rolling out “over the coming weeks.” Google didn’t clarify which states make up the 20, but it did say that they collectively make up around 45% of the total US population. Numerous updates to the API have also been made since the May announcement, including the ability for authorities to determine the level of risk associated with each exposure, new Bluetooth calibration values, improved transparency for users, and so on.

There are a lot of changes, so be sure to read Google’s blog post in full if you’re interested in this stuff.

Pixel 5a Appears Alongside 4a 5G, As Google Winds Down On Pixel 2
Meet Samsung’s New Closet Companion For Refreshing Your Clothes 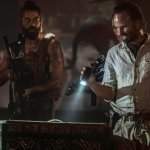 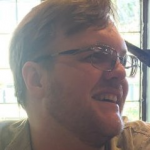 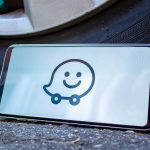