Mobile platforms from the ’90s and early 2000s have a cult following among old tech enthusiasts. There’s a new Android app that caters to those enthusiasts by being able to emulate the Symbian operating system. According to XDA Developers, the Symbian emulator is called EKA2L1 and it’s available on the Google Play Store.

The Symbian emulator lets you emulate a handful of Nokia devices

The Symbian platform was the basis for many mobile devices back in the day. This includes PDA’s and cellphones during the ’90s and early 2000s. Having access to that software on your phone is a treat. With EKA2L1, you can emulate the S60v1, S60v3, and S60v5 platforms. This gives you access to a fair amount of Nokia devices. The list includes the Nokia N95, the Nokia E50, the Nokia 7650, the Nokia 5800 XpressMusic, and most notably, the Nokia N-Gage.

Fans of these devices would be glad to hear that this software is available. There’s no word on whether there’s an iOS version available or planned. The app itself was in development for two years.

It’s not as easy as downloading and installing the app

EKA2L1 is available on the Play Store, but in order to get the app to work properly with your device, there are a few hoops that you have to go through. Firstly, there are a few requirements that your device needs to meet. It’s recommended that the device runs 64-bit software. There is a 32-bit version, but it may not be as stable as you’d like.

Many nostalgic fans would certainly remember the N-Gage (myself included) and having the ability to emulate that platform is stellar. It sits atop the list of compatible devices as the one everyone knows. Nokia basically took a cellphone and smushed it together with a portable gaming console to create a unique, taco-shaped wonder. It was a very ambitious move on Nokia’s part, but it ultimately came crashing down.

The mentality of bringing hardcore games to a phone, however, is alive and well. Many smartphones come with pro gaming features and software. Not only that, but services like Google Stadia try to redefine what mobile gaming is. Nokia was very much ahead of its time when it developed the N-Gage.

If you remember those old times and want to relive them, then it’d be worth the trouble downloading EKA2L1. It’ll take some work to get it up and running, but the nostalgia is definitely worth it. 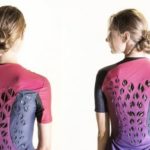 Developed a “breathable” clothing and footwear for sports

Apple TV+ picks up its first Emmy, Billy Crudup awarded outstanding supporting actor for his role in The Morning Show