Alliances and Rivalries of the Star Trek Univ­­­erse

With Star Trek’s sprawling universe of friends, foes and everything in between, there’s always bound to be the occasional skirmish, disagreement or all out war between worlds. From the reckless Romulans to the killer Klingons, it’s hard to keep track of which races are allies and which ones are locked in a vicious fight to the death. Let’s take a look at the most important alliances and rivalries in the universe ahead of Star Trek: Picard.

Let’s start with (possibly) the most important moment in Star Trek history, the invention of the Warp Drive on Earth. After Picard and the crew of the Enterprise-D discovered that the Borg had quickly travelled back in time from 2372 and assimilated Earth, they chased a fleeing Borg sphere through a vortex…

They landed in 2063 just before Zefram Cochrane finished building Earth’s first Warp Drive. Talk about a throwback. While the Borg attempt to assimilate the Enterprise-D and use its deflector dish to call for reinforcements through time – the Borg Queen also seduces Data to gain access to the ship. Luckily, Data coldly betrays the Queen, and ruptures a fuel tank. While this is all happening, Zefram Cochrane tested the Warp Drive for the first time, drawing the attention of Earth’s future pointy eared allies – the Vulcans. As the Vulcans make First Contact with the Human race, Picard and the crew manage to leave the planet undetected back to their own timeline.

Later on in the timeline, a war exploded between Earth and Romulus in 2156 when a Romulan invasion fleet fought with the USS Patton. A few years later the Human race, Vulcans, Andorians and the Tellarites formed a temporary alliance to win the conflict in 2160. Soon after, the idea of a unified state of planets became popular, and the United Federation of planets was born in 2161. The Federation quickly drew in more races, with the Denobulans, Rigelians and Coridanites the first groups to follow suit.

READ  Samsung, LG To Show Off Refinement Of Their AI Fridges At CES 2020

Thanks to their decision to follow logic rather than emotions, the Vulcans can seem like a cold and unforgiving race of beings. Luckily, they’re big softies on the inside – just look at Spock’s friendship with Kirk! Speaking of Spock, Picard was once sent to Romulus to determine whether the Vulcan ambassador had defected to the Romulan Empire in the two-part-episode: Unification. The legendary logic master was attempting to reunite the Romulans and the Vulcans thanks to their distantly tied heritage. Although after stopping a secret Romulan plot to invade Vulcan, Spock convinces Picard to leave him behind so that he can attempt to change their society from within. Aw, great job Spock.

The Klingons have always been a violent, warring race – fiercely defending their territories with an iron fist. Picard has come across them countless times during his time as Captain of the Enterprise. But most notably was the time when he briefly became embroiled in the Klingon Civil War during the episode ‘Redemption’ in 2367. After attempting to settle a dispute between two Klingon houses, it quickly became apparent to Picard and Commander Worf that the Romulans and a handful of Klingons were cooperating. The Enterprise had to carefully navigate the situation in order to prove the Romulans’ hand in brewing a war between two Klingon houses. Ultimately, Picard and the Enterprise helped restore the honor to Worf’s family, while also defusing the civil war. All in a day’s work!

Before the humanoid Romulans eventually formed an uneasy alliance with the United Federation of Planets, they were a hostile force in the universe for decades. After the war between the alliance and Romulus ended in 2160 after the brutal Battle of Cheron. A neutral zone was negotiated between the two – if either side entered the zone it would mean the immediate outbreak of war once again. From 2160 up until 2266, neither side entered the Romulan neutral zone. In 2266, Captain Kirk defeating a Romulan ship – this final battle seemingly averted a catastrophic return to all-out war.

When the Romulan Empire cloned Jean-Luc Picard in an attempt to create a spy within the Federation, they accidentally helped forge peace-time in the future by discarding the clone (called Shinzon) to the Dilithium Mines on the planet Remus.

After being raised by the Remans, an older Shinzon staged a coup in 2379 by murdering the Romulan Senate before setting his sights on annihilating the Federation in an attempt to completely free the Remans. While this whole scenario was troubling for Picard (having to fight his own clone obviously took its toll) the crew of the Enterprise-E managed to defeat Shinzon and the Remans with the help of the Romulan fleet – which came at much surprise to Picard and the Federation. While the Federation and the Romulans held a shaky alliance, it was an alliance nonetheless.

In 2387 Jean-Luc Picard repaid the favour by heroically leading the largest rescue armada in history to save the fleeing civilians when Romulus was threatened by a supernova. Although the planet was destroyed, the survivors of the Romulan Star Empire regrouped in 2399 to ignite some mysterious experiments on ex-members of the robotic Borg collective who had escaped the hive…

These events are the furthest place in the timeline that the series has visited, boldly going where no Star Trek has gone before.

The Borg are a cybernetic race of drones all built into a collective hive mind controlled by a Borg Queen, they had assimilated thousands of planets by 2373. This meant giving individuals technological prosthetics and altering their internal organs with nanoprobes. Although rumors of the Borg were whispered about through the Federation, it wasn’t until the ethereal being known only as ‘Q’ took Picard and the Enterprise-D to a behemoth Borg Cube in 2365 that their threat was made clear during the ‘Q Who’ episode. They could beam aboard the Enterprise at will while showing off immense physical and technological strength.

In 2366 the Borg briefly managed to capture and assimilate Picard himself, which gave the race the upper hand over Starfleet, eventually culminating in the devastating Battle of Wolf 359. The Borg proved their superiority by decimating an entire fleet of starships. During a bold away mission to the Borg Cube, Data and Whorf retrieved Picard (now called Locutus after being assimilated) and restrained him back on the Enterprise. Although Jean-Luc had been partially transformed into a Borg drone, the Captain managed to slip out the word ‘sleep’ to Data, hinting to the android that he could relay ‘sleep’ command to the entire collective, which gave the Enterprise time to destroy the Cube. And with a little help from Dr. Beverly Crusher, Picard was restored to his usual philosophical self – albeit knowing that he was nearly lost to the Borg Hive.

However, Picard hasn’t been the only member of Starfleet to escape the Borg’s clutches. During Star Trek: Voyager, Seven of Nine was introduced as a Borg drone who is left behind after a brief alliance with the Borg to destroy a dangerous telepathic alien, known only as Species 8472. It’s fair to say that this is the only time Starfleet have ever worked well with the Borg. The Doctor onboard the Voyager managed to remove 70% of Seven’s implants, and she slowly regains her own personality. After the twenty year time gap before her next appearance in Star Trek: Picard, it seems like she’ll be even more comfortable in her own skin. 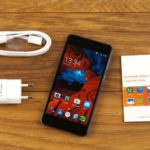 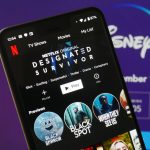 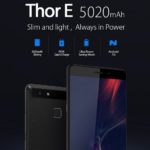